The forgotten city... Quick history brush up - according to legend the city of Carthage Tunisia was founded by Dido (not the bland/blonde balladeer) who, fleeing into exile, arrived on the North African coast in around 800 BC. She pleaded with the locals to be allowed as much land as could be encompassed by a cowhide, to which they agreed (presumably while nodding knowingly to each other and making loony signs behind her back), and she promptly cut said hide into extremely thin ribbons and laid them out to encircle an area big enough for a permanent enclosure. Clever lady.

He loved it when a plan came together

Alongside the aptly named Vandals, the ancient kingdom of Carthage went on to become a constant thorn in the side of Imperial Rome. Hannibal, who lead his (sadly now extinct) Atlas elephants over the Alps to attack the Empire was the consummate Carthaginian.

So, that much we all - vaguely - remember, but here's the nub. Most people don't seem to know a) that Carthage still exists, and b) that it's about two hours outside the modern city of Tunis.

Tunisia itself has had a rough time of it of late, but we cannot recommend this North African country highly enough. Short, direct, flights from the UK; far better weather; beautiful desert scenery; Berber culture and one particularly lovely hotel - the Residence - a sister property to the Residence in Mauritius (and now Zanzibar). When you've finished soaking up the winter sun, pop over to Carthage for a quick and thoroughly worthwhile fix of culture. 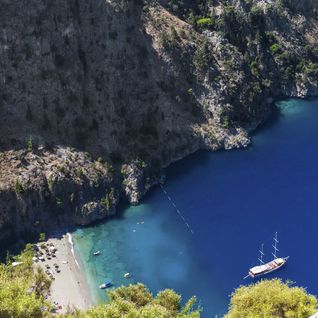 Don't Panic! If you know where to look, there's still availability in some of the hottest (in all senses of the word) spots in Europe and around the Mediterranean. Here are just a few ideas for luxury last minute holidays…