The Dolomites : The San Lorenzo Lodge 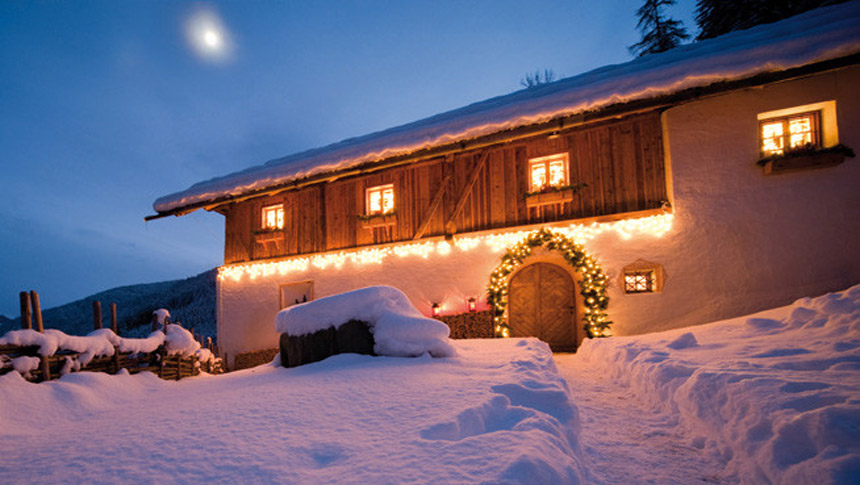 When Original Travel heard about the new luxury San Lorenzo Mountain Lodge in the Dolomites, founder Al made a beeline for it - and, in the name of research, discovered that it was the gem the region had been waiting for.

Some friends recommended a new mountain lodge in the Dolomites to Original Travel, and research boss man Tom said I could go. I had been to the Dolomites in winter with the family, but this time I was going alone in summer. My brief was to work out whether it was as pretty, as fun, and whether families should go with no snow. Finding the answers was easy: yes, yes, and yes!

Heidi was set in the Swiss Alps, but it could just as easily have been set here. The Sound of Music was around Salzburg, but again you see the same brass bell adorning cows, fields of daisies and wildflowers, low slung wooden roofed dwellings, but with better looking (in my opinion) mountains in the background and no sightings of the Von Trapps. The Dolomites are actually part of the Alps, but so named because, made out of a different Limestone, they jut differently and create a greater range of colour depending on where the sun is hitting them. The area is very wealthy, and buying property around here is one of life's great challenges. There are waiting lists to fill dead men's shoes.

This was where Stefano and Giorgia were so lucky; they found a crumbling shack that had previously been a 16th-century hunting lodge. They could buy it as well as a house for them down the track, on the proviso that they would renovate it to its former glory. And so, San Lorenzo Mountain Lodge was born!

They have done this and more; with four bedrooms housing ten people, it is beyond immaculate. Thick tactile light wood creates the most homely and cosseting feel. It has its own sauna and steam room, TV room, sitting rooms aplenty and you hire it in its entirety, per night. You will be taking photos and tips from the moment you walk in, looking to replicate at least some of the touches at home. I couldn't, though I desperately wanted to, steal their slippers. The hot tub took a year of research from Stefano, and cost about ten times that of the average chalet spa. Their ham slicer costs more than an Audi. Everything is beautiful.

It is on the edge of a hill overlooking a classic Dolomite valley, hidden and very hard to find. Potentates and celebrities have so far found this place perfect for their retreats, and I could see why: anyone could do anything here - from all night parties for twenty-somethings to jam-making and mushroom picking. Just spending a day with the owners was fun enough for me.

If you are going in winter (and my tip would be: do, but for San Lorenzo Lodge, book early; it was full this year about six months ago) then you have all the obvious: wonderful skiing (not from your door, but fifteen minutes by driver, or five by heli), snowshoeing, sleigh rides and langlauf (which is getting quite popular here at OT).

If you are going in summer, (and my tip would be: do, and there is some space this summer) you take to the mountains by bike, foot, four wheel drive or golf cart (lots of good golf around here, including their very own quirky golf course) - but the real pleasure lies in doing things as a couple or as a family that you would not have the time for at home.

A wonderfully well-travelled family went for a couple of days rest, doing and seeing everything there, and the memory they took away was that of their children being taught how to butter make by Giorgia's ten year old son. And that brings me to the excellence and the brilliance of Giorgia in the kitchen. Many have said, having eaten there, that a star or two should rightfully be hers, if they actually offered her fare to the public. It is another enormous highlight.

Set no timetable - to get the most out of a stay here, my tip would be to come with no expectations of anything, and see what happens from the moment you are met by Stefano and Giorgia, to the moment you leave. Start a day by asking them, 'What shall we do this morning?', and to Giorgia, 'what shall we eat?' You will not be disappointed. My promise.

For more information on luxury holidays to the Dolomites and stays at San Lorenzo Mountain Lodge, contact Original Travel.