Five Reasons You Should Go to Uganda Right Now 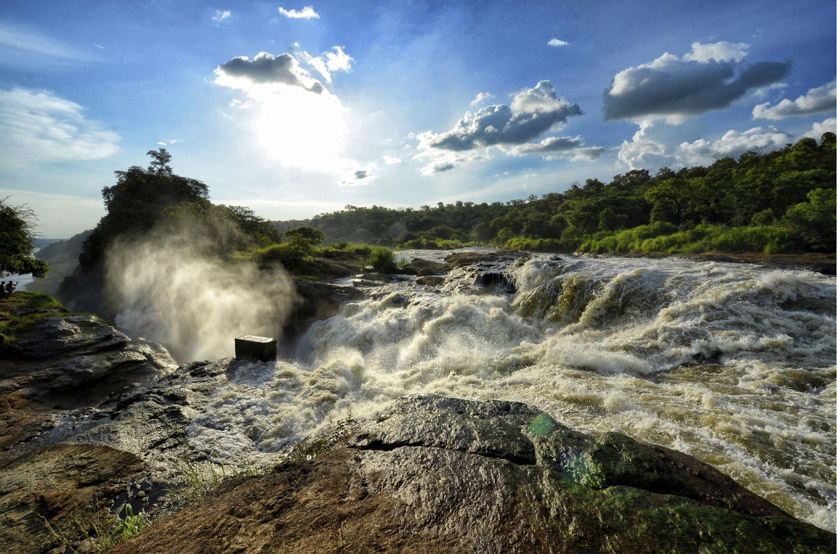 Poised at the crossroads between the East African savannah and the Central African rainforest, Uganda has gone from being the 'pearl of Africa' (or so said a certain Winston Churchill), to something of a diamond in the rough (so said... us) as a result of a politically turbulent few decades (take a bow, Idi Amin). But after a period of sustained stability and some serious investment in tourism infrastructure, Uganda is back on the up and quickly proving its pearly credentials once more. And despite its Lilliputian proportions, Uganda packs quite the holiday punch with a veritable smorgasbord of wildlife experiences, some simply staggering scenery and the most welcoming people you could ever wish to meet. As if you needed any further persuasion, here are five reasons why Uganda should be your next holiday destination...

Bwindi Impenetrable Forest sounds (and looks) very Lord of the Rings (there has to be a joke in here somewhere about Uganda-lf) but it is in fact home to half of the planet's population of mountain gorillas, and is one of only three places where you can see them in the wild. What's more, park permits are less than half the price of those in neighbouring Rwanda, so you get more silverback for your greenback. Seeing these majestic beasties in situ does entail trekking through steep, unforgiving forest so it's not for the fainthearted but the feeling of awe that comes with spending a few hours in their company cannot be overstated.

The highlight of any trip to Uganda is in fact the Ugandans themselves. The country's diminutive size lends itself to travelling by car and wherever you go you'll be greeted with smiles, waves and genuinely warm hospitality. Modern Ugandan culture stems from regional tribal kingdoms which manifests in traditional dress, arts and crafts, and tribal dance. One of our favourite cultural experiences in Uganda involves heading north to spend time with the Karamojong people, a group of agro-pastoral herders whose tribal jumping dance resembles that of the famous Maasai warriors of neighbouring Kenya.

Uganda is technically a Big Five safari destination, although it would be misleading to compare it to the safaris on offer in countries like Kenya and Tanzania. It's highly unlikely you'd see the Big Five while on safari here, but that's not to say that the wildlife isn't plentiful and diverse. Head to Queen Elizabeth National Park, in the southwest, where a varied landscape houses a plethora of beasties, including leopards, hippos, lions and the Ugandan kob, as well as over 600 species of bird. For a more off the beaten track safari experience, Murchison Falls, in the northwest, is Uganda's largest national park and is home to giraffes, elephants and chimpanzees, as well as some breathtaking scenery, including the thundering waterfall from which the park takes its name.

It's fair to say Uganda punches well above its weight in the scenery department. To the west is the glacier-capped Rwenzori mountain range, romantically labelled the 'Mountains of the Moon'. To the south is Lake Victoria, the second largest freshwater lake in the world (at a staggering 26,500 square miles) and main reservoir of the Nile. Speaking of the world's longest river, it flows the length of Uganda from the aforementioned Lake Victoria in the south to the rolling grasslands of the north and across the border into South Sudan. Aside from those three heavyweights, Uganda is also home to dense forest, verdant wetlands and open plains, all of which are incredibly lush and support a diverse eco-system of flora and fauna.

Similar to mountain gorillas, Uganda is one of the only places on the planet to see chimpanzees in the wild. The chimpanzee trekking experiences in Uganda, however, are second to none; while in most places trekkers are only permitted to stay for a couple of hours with the chimpanzees, Uganda's Kibale National Park runs a 'nest-to-nest' programme whereby guests trek to the chimps' sleeping nests and then spend a full day tracking them to their new sleeping nests that night. Magical. 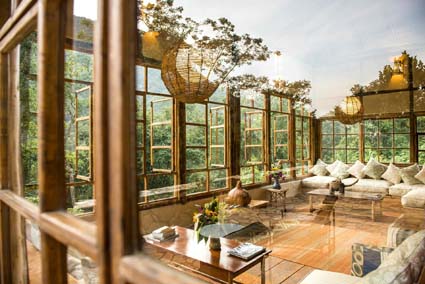 Ishasha Wilderness Camp is located on the Ntungwe River[...]