The Burning Man Festival - The Mad and the Extraordinary 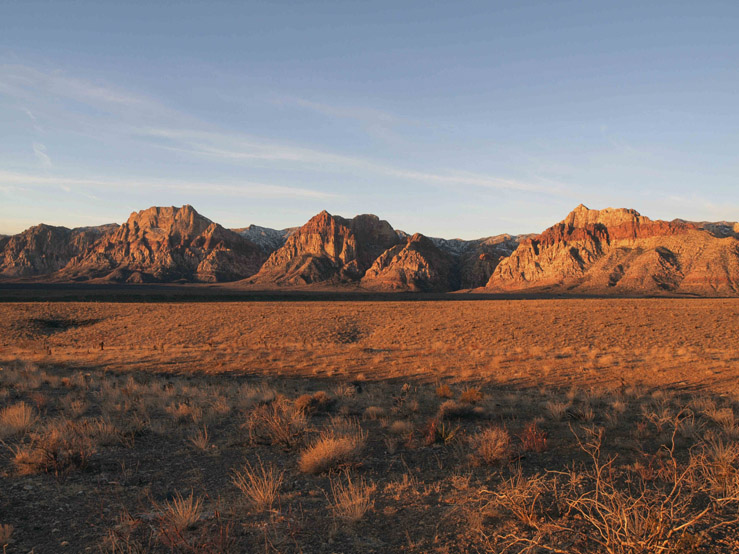 The extraordinary Burning Man Festival in the Nevada desert has been listed as an ultimate bucket list experience. Original Travel staffer Rachel relays her thoughts on the zany event...

Before embarking on my Burning Man adventure, whenever I told people that I was going on holiday to California and Nevada everyone replied with a ""how lovely"" and ""what a great wine region"". When I went on to say that I would be spending close to a week in a desert with 50,000 other people at the Burning Man Festival, the reaction was mixed, with responses ranging from, ""I've always wanted to do that"" to ""Are you mad?""

Mad? Probably a little. I flew 5,400 miles across the Atlantic and drove for over 12 hours to arrive at the Nevada desert, a barren plain where no plant or animal life exists due to the severe conditions. With our loaded RV (recreational vehicle), we drove from San Francisco, through Sacramento, stopped over in Reno and finally onto Black Rock City, which despite its name, for 50 weeks of the year is totally deserted.

As we arrived at Black Rock City, we joined the queue of hundreds of other RVs, campervans, tour bus style coaches and even those brave enough to take their cars (armed only with tents strapped to the roof!). It's always a gamble as to when the best time to arrive is - the queue on entry can be up to a five hour wait.

Luckily, ours was only two hours, but we soon realised why everyone had told us to tape up our windows. Although we were driving into the desert, it wasn't a desert with sand dunes like those in the Sahara; it was dead pan flat, with a very fine dust which makes it's way into every nook and cranny. It came through the air vents, seeping into the cab, so we had to turn off the ventilation which made sitting in a queue in 40 degree heat a lot like hard work. This fine dust is so alkaline that it has the same affect as acid and erodes anything that stands for too long. There were warnings not to expose your feet in any way to the dust, as it can cause unbearable blisters, making it hard to walk (sure enough, by day four I began to see the effects on some fellow ""burners"" who chose not to listen to that advice).

Finally, we found our camp and our friends. The entire city is mapped out on a grid using the alphabet and the clock. The camps start at 2.30 and moves all the way round to 10 o'clock. The area between 10 and 2 is left open for art installations, what is called the ""Playa"", and for people to experience the feeling of being in an area of vast expanse. We were parked at 9.30 and B, which, as no mobiles work, is the best way of telling your friends where you are.

Transportation is by bike, and with the city being over two miles wide, it's a necessity to distinguish your bike from others. My Wal-mart special resembled some sort of zebra with a giraffe's tail, which seemed to do the trick when trying to spot it in a row of hundreds. The other way to get around the playa was to jump onto an ""art car"". These are decorated or ""mutant"" vehicles, which ranged from a big brown furry dog to a sun seeker on wheels. It was outstanding to see what some people had created, and I can't even imagine how they transported them there - all for the love of the festival.

Living in the desert isn't easy...

Even if you do have an air-conditioned RV with a cooker and comfortable bed, there are no showers, so I would start my day by washing my hair in the washing-up basin and end up pouring it over me in an attempt to clean myself. The intense heat makes it hard to do anything too active during the day, and I don't want to see another baby wipe for a very long time.

By night, it is essential to illuminate yourself, with hundreds of people tearing around on bikes and in art cars, you may get run into if people can't see you - my sister and I bought Globot suits (all in one overalls in which you thread glow sticks into the shape of a robot), which seemed to do the job!

See you next year, Nevada

The benefits far outweigh the negatives, though, and to be part of Nevada's second largest city (for a week), where you are free to roam where you want and have no pressure to be anywhere, see or answer to anyone is a great feeling.

Fellow ""burners"" are incredibly generous. One day, for example, we were on our bikes and suddenly caught a whiff of a delicious smell coming from behind a group of people, so being British, we formed an orderly queue to then be handed with (joy!) a hot, free cheese toasty - a total luxury in the desert and a perfect breakfast!

There is also so much to see, with all the art installations that are dotted across the playa, you are never hanging around wondering what to do. There is always a workshop on, from learning how to belly dance, to earth yoga, to spending the afternoon at the roller disco. We danced in fancy dress by night and biked from camp to camp during the day.

After six days, needless to say, I was absolutely exhausted. The man burns on the Saturday night and we trundled, in silence, back to Reno, where we had our first shower (and goodness, it was amazing), before heading on to San Francisco. I was told that the Burning Man is on the list of the 10 things you have to do before you die. I would definitely agree; it's a totally unique experience and I can't wait to go back to next year!