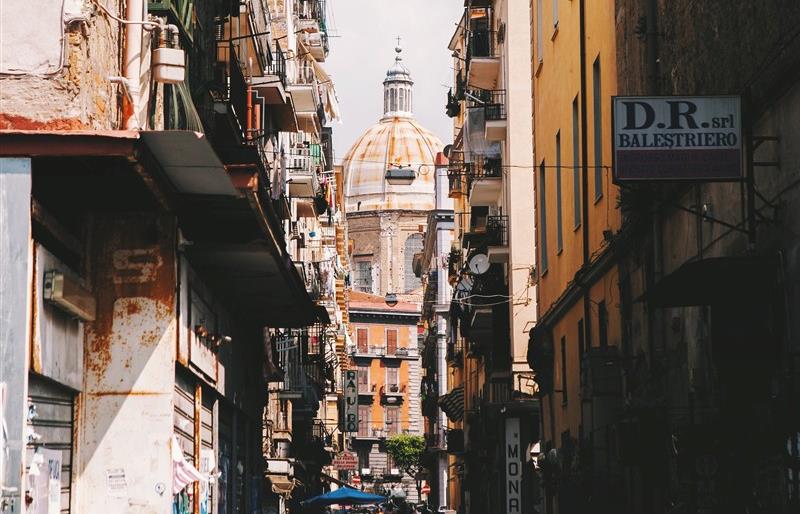 Naples: Greek, Spanish, French, and Italian - this is a city that has always been rebellious, a town like no other. There are a thousand ways to discover this in a day. Here is what we would suggest for 24 hours in Naples.

Begin with the historic centre, the 'centro storico'. The Duomo cathedral is home to the remains of the patron saint of the city, San Gennaro. San Gennaro is one of the city's fifty protectors, especially against the eruptions of Mount Vesuvius, which locals think could be imminent.

The Seven Works of Mercy

Nearby you will find one of the three Caravaggios in Naples, The Seven Works of Mercy, in Via dei Tribunali (in the church of Pio Monte della Misericordia). Head the other way to Via San Gregorio Armeno, also known as Christmas Alley due to its shops dedicated to nativity scenes, where craftsmen compete in imagination and humour, summing up the Neapolitan spirit of cheekiness, true piety and superstition. If you're lucky, you can visit the secret monastery which lies above the beautiful bell tower you pass under, a true oasis in the surrounding hustle and bustle. The garden, goldfish pond, multicoloured tiles and kind welcome are truly memorable.

Neapolitans and obsession with death

Visit an intriguing little church, with skulls and shins on the facade: Santa Maria delle Anime del Purgatorio ad Arco. Naples is a city of contradiction and this church embodies that, with its glorification of death, while celebrating life. 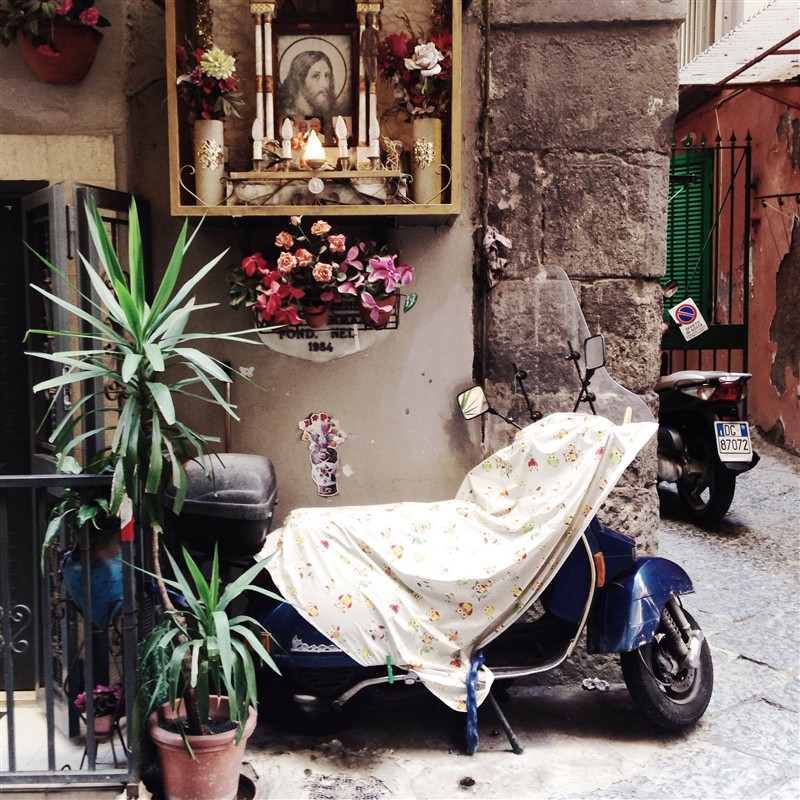 Head to the Baroque San Severo Chapel, built by an eccentric prince who invented the water carriage and was a freemason friend of Casanova. Among other sculptures, it is home to the Veiled Christ, the distinctive and sublime work of Sanmartino, which is a stark contrast to the two skinless corpses you will see in the crypt. This isn't contemporary art, but rather a construction from the 1700s, built over human skeletons. Stand before one of the mysteries of Naples – the liquefaction of the blood of Saint Gennaro.

A culinary stop at Scaturchio in Piazza San Domenico Maggiore is a must. Sip a coffee here standing up, like the Italians do. There are at least ten kinds of coffee, among them lungo (barely two sips), macchiato (espresso with a dash of hot milk), tazza fredda (in a cold cup), and the speciality: nocciolato, sweetened with hazelnut cream. Naples has the best coffee in the world on every street corner.

Stop in Gesu Nuovo Church, opposite the Santa Chiara Monastery, for its ex-votos, and admire its Romanesque simplicity, and extravagant majolica tilework. In Piazza Dante, visit the archaeological museum or wander down Via Toledo, which is also called Via Roma, and stop to taste a pizza or sfogliatella, an Italian pastry filled with ricotta and flavoured with candied citron peels, or a baba, a light delicacy that looks like the pale tufa rock upon which this city is built. 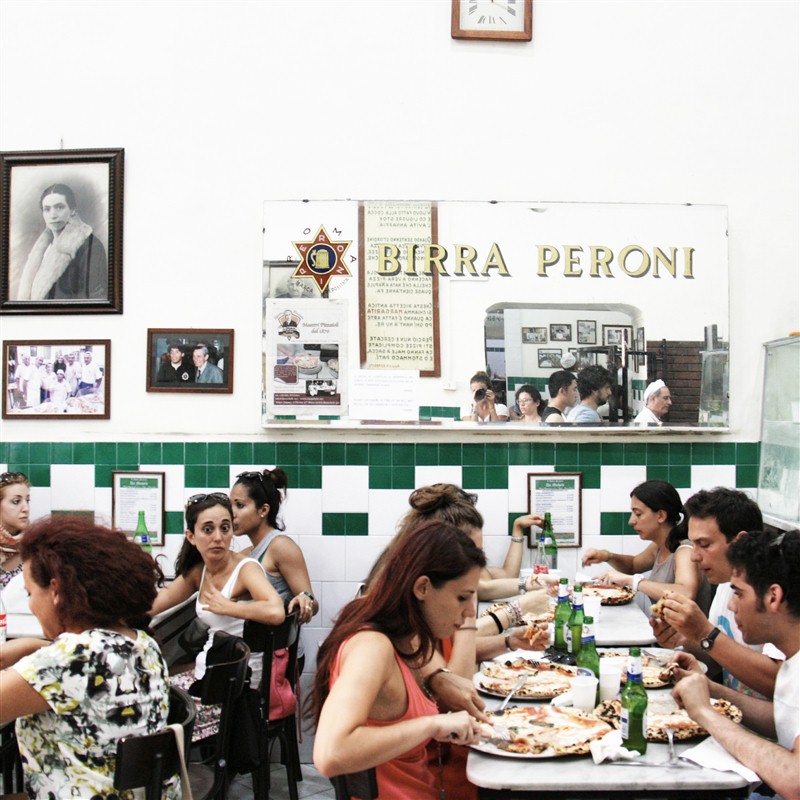 The Theatre in Naples

At the end of Via Toledo there are the Umberto Gallery and the San Carlo, the centre of European opera in the 18th century, the Piazza del Plebiscito and the Royal Palace. Music lovers must visit San Ferdinando, the church where Pergolesi created the Stabat mater before dying at the age of 26.

Go down Via Chiaia: at the top of the street  lies another of the city's institutions: Brandi, where Margherita pizza was invented. Walk to the Naples 'lounge', the Piazza dei Martiri, for a spot of elegant Italian window shopping, before heading back to the sea, always a little forgotten.

The current mayor, Luigi de Magistris, has returned the waterfront to pedestrians, and the walk is pleasant up to the Castel dell'Ovo (Egg Castle) and Borgo Marinao, where you can eat another speciality, spaghetti alle vongole, by the water's edge.

And if you prefer another mode of transport, the Aliscafi (high speed ferry), which goes to Ischia, Capri and Procida is very close.