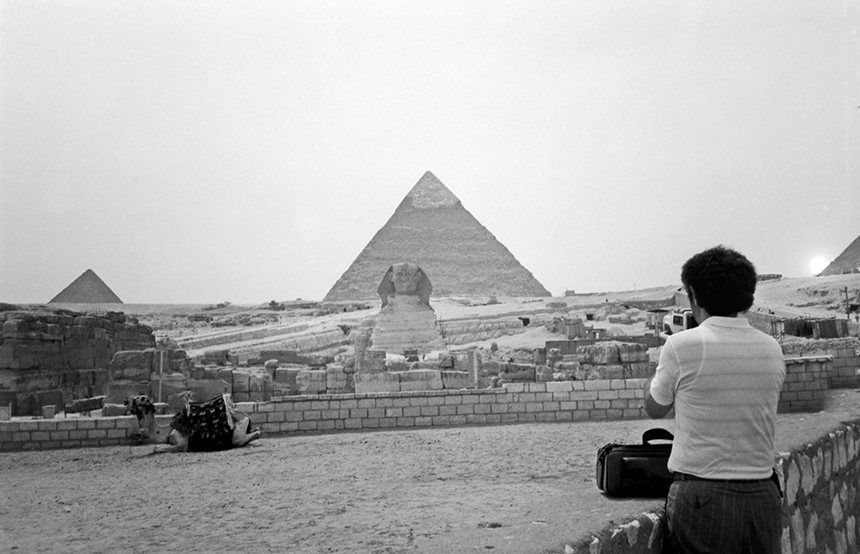 The world’s first tourist destination, Egypt has attracted the great and the good for more than five millennia. 100 years after Tutankhamun’s tomb was discovered and Egypt became an independent state, the fascination with this archeology aficionado’s paradise has not dwindled. It remains one of the top holiday destinations across the globe. Explore the history of this arid utopia with our deep-dive timeline, starting at the very beginning of Egypt’s exciting life…

On the instruction of Pharoah Psamtik II, Greek mercenaries arrive at Abu Simbel and promptly carve their names into the leg of one of the vast statues guarding the entrance to the temple (presumably not on Pharaoh’s orders). Following this, Persian Egypt falls to Alexander the Great, who cunningly portrays himself as the liberator of the people, heir to the pharaohs and son of the god Amun. He begins construction of Alexandria, one of 70 cities to bear his name (with another – Bucephala, in latter-day Pakistan – named after his horse).

The Romans arrive as conquerors (rather than tourists or royal suitors) with Alexandria falling to the first Roman Emperor Augustus. The last dynasty of Ancient Egypt – the Ptolemaic (Macedonian Greek) dynasty – ends with the suicide of queen Cleopatra and her lover Mark Antony.

Greek geographer, philosopher and historian Strabo travels along the Nile to Philae, chronicling festivals featuring ‘extreme licentiousness’ and priests at Arsinoe feeding sacred crocodiles by hand. His descriptions of temples already half buried by sand were so accurate they allowed Auguste Mariette to retrace the exact location of the Saqqara tombs and more. Diodorus, a Greek historian, notes that Egyptians so revere their sacred animals that during a famine they would be more likely to eat each other than their animals.

The Beginnings of Deciphering Hieroglyphics

Roman historian Tacitus speaks to an elderly priest who had translated hieroglyphics into Latin and Greek and describes the text of a document detailing tributes from conquered lands. It’s a first tantalising glimpse into deciphering hieroglyphics

Roman Emperors from Vespasian to Hadrian visit Egypt and the idea of a ‘typical’ tour - Alexandria, cruise on the Nile, Heliopolis to see the Temple of Ra, Pyramids and finally Memphis (close to modern Cairo) - begins to crystalise. In 130 AD Hadrian visits and leaves his own graffiti on the Memnon columns at Thebes. Not all Roman visitors are so appreciative. A certain Epiphanius, predating Tripadvisor by 18 centuries, visits the Valley of the Kings and in one tomb scrawls ‘I visited, and I did not like anything except the sarcophagus.’

Dionysius of Tel Mahre, the Patriarch of Antioch and head of the Orthodox Church in Syria, scotches earlier theories that the Pyramids are grain stores by claiming to have been inside one of the Great Pyramids of Giza himself and seeing a sarcophagus. Interest in all things Egypt intensifies, with great debate in Europe as to whether the Pyramids served an astronomical, as well as funereal, purpose. The wholesale removal of relics also intensifies, unfortunately, but with one silver lining – a new-found determination to decipher ancient hieroglyphics.

Thebes and the Blue Nile discovered

French Jesuit priest Claude Sicard, a skilled cartographer, explores the Nile Valley extensively, becoming the first European to confirm that Karnak and Luxor were in fact the ancient city of Thebes. And in 1768 AD, Scottish explorer James Bruce arrives in Egypt for the first time and over the next few years explores far and wide, making the obligatory stop at the Valley of the Kings before becoming the first European to discover the origins of the Blue Nile in Egypt and Sudan.

Nelson wins battle of the Nile

Napoleon and his 38,000-strong Armée d’Orient arrive in Alexandria with nearly 200 scholars, botanists, geologists, archaeologists and painters in tow. The army defeat the Mamluks (Egypt’s latest rulers) but withdraw after his fleet is destroyed at the battle of the Nile by one Horatio Nelson. The subsequent publication of the encyclopedic Description de l’Égypte (1809-29) lights the fuse of Egyptomania.

Egypt Comes to England and Hieroglyphs are Solved

Egypt is beginning to attract tourists, tomb raiders and eccentrics such as Giovanni Battista Belzoni (aka: the Great Belzoni), who removes the vast granite Younger Memnon bust (weighing seven tonnes) from Thebes. It takes 17 days and 130 men to drag the statue two miles to the Nile, where it was promptly shipped to England. It remains there to this day in the British Museum. French scholar Jean-François Champollion wins the race to crack the code of hieroglyphs, in the process unlocking an infinitely greater understanding of life in Ancient Egypt. The Rosetta Stone, discovered during Napoleon’s expedition and subsequently requisitioned by the British (and also now in the British Museum), holds the key, with its text written in Greek, demotic and hieroglyphs.

The Brits are coming. Prime Minister Disraeli buys Britain a controlling stake in the new Suez Canal while Thomas Cook & Sons negotiate a monopoly on tourist-toting steamer services along the Nile with the Khedive, Egypt’s Ottoman ruler. Tourist numbers rise again, as do the number of businesses aiming to extract tourist dollars, such as the Zangaki Brothers, who photograph tourists at famous sites along the Nile.

The Steam Ship Sudan, part of the Thomas Cook fleet, makes her debut Nile cruise and Howard Carter’s Carnarvon-funded expedition finally finds Tutankhamun’s tomb in 1922. The ‘Boy Pharaoh’ was written out of history by subsequent dynasties and so the tomb was never seriously disturbed by grave robbers, making it the most significant Egyptian find of all time. Needless to say, interest in Egypt rises even more in the aftermath, with the likes of Agatha Christie and Winston Churchill taking cruises on the Nile. Following this, mass tourism in Egypt begins, with the expansion of resort towns such as Sharm el Sheikh on the Red Sea following on in the 1980s.

After a few years of a slow in tourism due to the Arab Spring, a spate of terrorist attacks and now the coronavirus pandemic, it is time for a year of anniversaries. The 200th of Champollion’s deciphering of hieroglyphs; the 100th of Egypt becoming an independent state and of the discovery of Tutankhamun’s tomb. Also, the year of an opening; that of the Grand Egyptian Museum, the spectacular new home of tens of thousands of treasures from Ancient Egypt, all just a mile from the Great Pyramids. 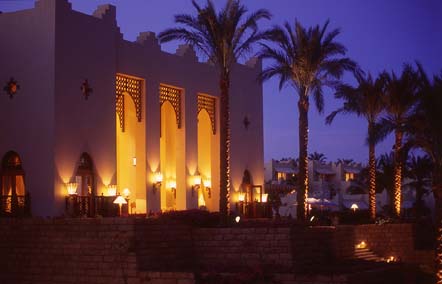 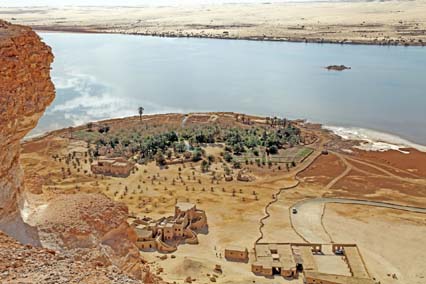 Luxury Hotels in Siwa and the Western Desert

Adrere Amellal Located some 10 miles from the magical oasis town of Siwa and at the[...]