Cities, Coastline, and Central Andalucía: Part II of My Trip to Southern Spain 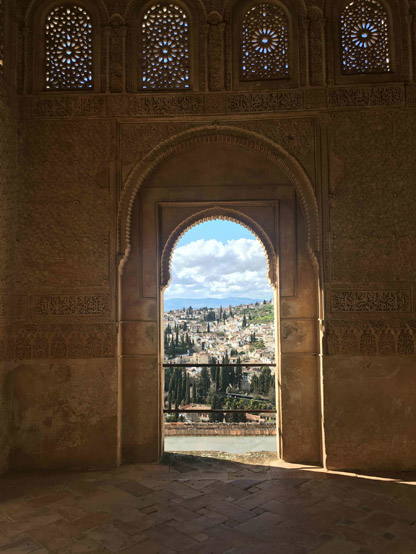 Seville is not the only city of spectacle in this corner of Spain, and a road trip around Southern Spain is definitely not to be sniffed at. Cordoba (best visited during the 'Battle of the Flowers') and Granada (of Alhambra fame) make for a wonderful combination of Southern Spain's highlights and as ever our little black book of guides and things to do, see and eat should make exploring them seamless.

The patios of Cordoba are astounding even on a grey day. Knocking uncertainly on a wooden door, I was welcomed by a small old woman, and while she had plenty of cats and chatter, she was distinctly lacking in teeth and English. She led me through the small wooden door to reveal her patio (not an innuendo): overflowing with colours, scents, flowers and fruits covering every wall it was a horticulturist masterpiece. The contest to have the best patio is a highly contested one in this city. Judging is in May and visiting at this time of year allows you to see the patios at their absolute finest.

Onto Granada, a sprawling Spanish city with the snow-covered mountains of Sierra Nevada in the background and the Alhambra overlooking the city, set in a basin. The (initially) Moorish complex has homed a whole host of interesting people over an unbelievable span of time. The restoration of the UNESCO World Heritage Site is truly unbelievable, especially when you discover that gypsies were living there up until 1921, and on departure stole much of the building's adornments. Today the complex is one of Spain's most visited tourist attractions, and stepping through the 'Generallife' gardens, it is easy to see why. Step into the buildings where Sultans sat with their backs to the sun so that when speaking to the people their faces were never revealed and where Columbus received help from Queen Isabella and King Ferdinando to jumpstart his new world adventure. The history of the place is so overwhelming that my best advice would be to swot up a little before you get there.

After your history lesson you are well deserving of some down time in rural Andalucia, or head to the sunshine coast and dip your toes in the Med.

With 320 days of sunshine a year it is not hard to see why this corner of world became popular. For the best food, the Marbella Club has remained unrivalled pretty much from the day it was created by Prince Alfonso. The original finca now houses the immaculate kids club with Spanish dance classes and herb patches complete with cooking labs to make tapas in. Whilst the poor little ones slave over intricate flamenco moves and harvesting lemons, the hotel continues to be a pioneer in wellness and slow living. The outcome: a laid back Andalucian bolthole with a sea breeze, smiling staff and happy holidayers of all generations.

Set back from the Golden Mile lies a part of Spain less plagued by burnt Brits in their thousands. It is an area of rolling hills, bursting with colour in spring and characterised by the white hill top towns that spring up every few miles, each with their own cathedral. You'll find fields with enormous cows, herds of goat, partridges waddling across the road and time to time a Spanish señor astride a stallion. It is famous for the sherry of Jerez, the oldest city in Europe, Cadiz and the Pueblos Blancos (the White Towns of Andalucia to you or me). It makes for ideal switch of space and silence.

Hacienda San Rafael is well located for you to take in the highlights of this corner of Spain - cities, countryside and coast. With an equestrian centre down the road and three outdoor pools, the choice of how active you want to spend your time is entirely yours. With only fourteen rooms and canapés served in the elegant living room prior to dinner each evening, you are encouraged, but by no means obliged, to mingle with other guests during your stay whilst sharing your favourite anecdotes of this remarkable corner of Europe. 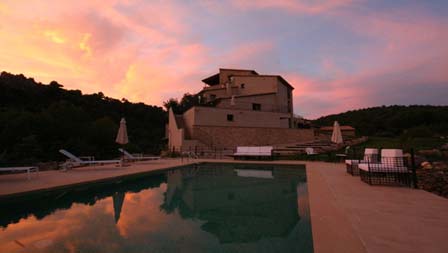 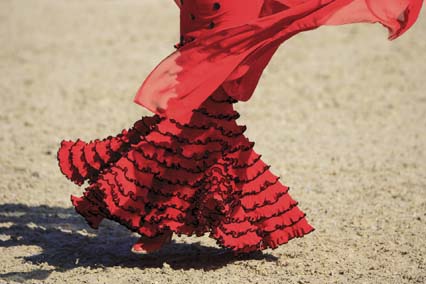