A Tiger Safari in India 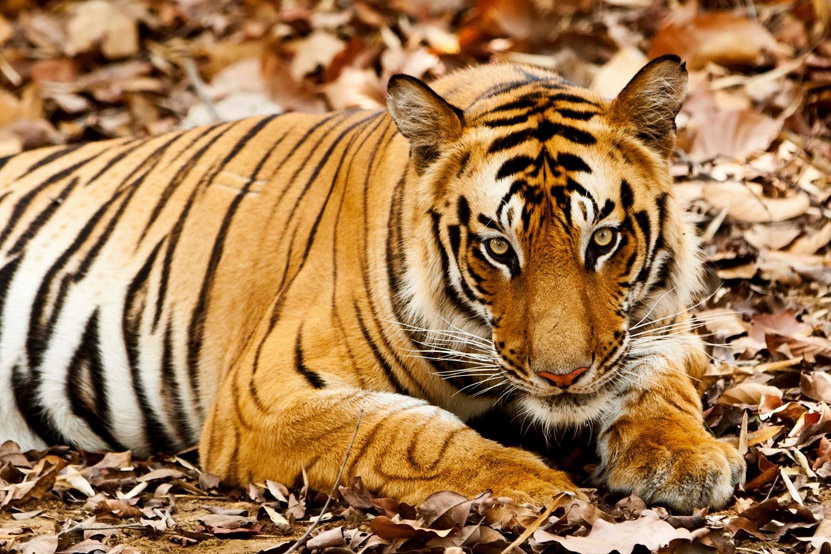 Asia specialist Miranda is truly passionate about tigers. Here she shares her once in a lifetime tiger safari holiday in India - one of her most memorable travel experiences to date. Originally Published August 2013.

I will never forget my first journey into Kanha National Park and seeing my first tiger in the wild. After an early morning knock on the door from one of the staff in camp bearing hot masala chai, we set off on an early morning game drive into the park, wrapped up in many layers and each clutching a hot water bottle (India does get surprisingly cold!). As we waited for the park to open, we sat watching the blanket of mist rise above the meadows and listened to the sounds of the jungle waking up, hoping to hear an alarm call to give us a clue of where we should go in the park.

The excitement grew as we drove up the track named Digdola - so bumpy and twisty that it was almost like a rollercoaster - when suddenly my driver came to a halt and whispered ""tiger"". My heart skipped a beat, for there in front of us was a huge male tiger lying stretched out on a rock with his back to us. I gave my camera to our guide Vinnay for him to take photographs and his face lit up (sadly they were all rather blurred, but I am glad that I was not hiding behind the lens). The tiger turned his head to look at us, then sat up for a while before slipping silently off into the jungle. It was a completely serene experience - the most majestic of animals.

It was a lucky day, as on our way out of the park we had a very brief sighting of the even more elusive Sloth Bear - for my next six months in camp I only saw one more bear, and that was when I was out walking.

All the national parks in India open between October to April. I highly recommend you hurry there now before it is too late to see this majestic beasts in the wild.