Luxury Hotels on the Dalmatian Coast 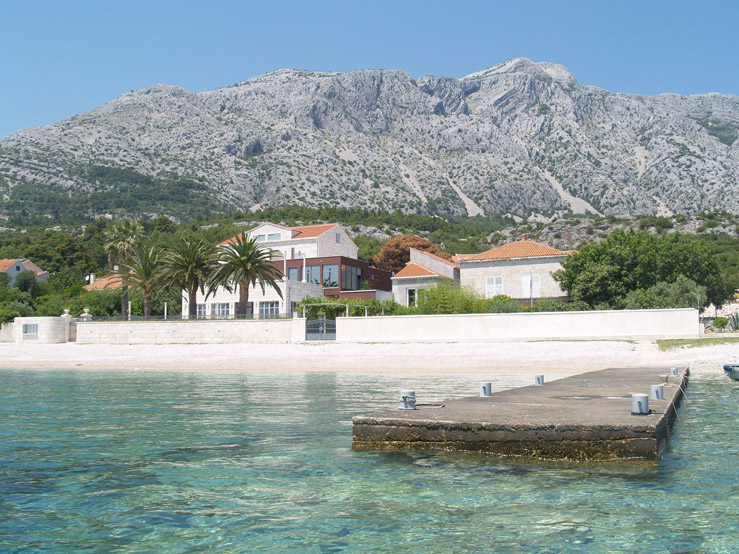 Hotel Indijan is a family run 4* hotel sitting right on the (pebble) beach in Orebic at the foot of Mount Ilija.

The style is a blend of traditional and more contemporary touches and many of the 19 rooms have views out over the sea, while all have balconies. Buffet breakfasts and a la carte lunches and suppers are served at the Korta restaurant, which specialises in local dishes and superfresh seafood.

There is a lovely terrace and bar for evening drinks, a spa, a sauna, steam bath and swimming pool, and the hotel is in a quiet area of pine forests, but just ten minutes walk along the seafront to the town centre. Orebic has charming old buildings, shops and restaurants for a change of scene.

A peaceful, family run retreat, with bags of charm

Whilst on paper the glass façade and garden terraces of Hotel Adriana might seem incongruous with its setting on Hvar's waterfront, this stylish hotel's rooftop bar offers stunning views of the old city centre and blend rather nicely with its neoclassical architecture.

There are 59 bedrooms and suites available of which some over-look Hvar's stunningly beautiful harbour; Jacques Cousteau himself said they were the clearest waters he had ever seen. Floating in the hotel's rooftop indoor pool has to be one of the most relaxing ways to spend an afternoon, and if guests want to treat themselves to any of the seven types of massage on offer they should probably be careful not to slip into a blissful coma.

The Val Marina restaurant specialises in Mediterranean cuisine and has harbour views, which create quite the idyllic dining setting. The Top bar is the place to be seen in Hvar and the party runs deep into the night. If guests prefer the quieter life though, the rooms have recently been renovated with glazed windows and thick walls to ensure that one won't hear a whisper.

They have a roof top spa lounge from noon till five.

Marmont Hotel is situated right in the heart of the vibrant old town of Split, inside the walls of the Diocletian Palace, a UNESCO World Heritage site.

The hotel has 21 rooms decorated in a modern and minimalist style, and each with views of the streets inside the Palace. For anyone wanting to splash out, on the top floor of the Hotel there is an enormous presidential suite.

Breakfast is served in a room which includes an original 15th Century wall. There is also a sunny roof terrace - the ideal place to have an evening cocktail watching the world go by and looking across to the bell-tower of St Duje`s Cathedral.

History boffins should note that Hotel Marmont was named after one of NapoleonÂ´s most trusted commander, Marshal Auguste Frédéric de Marmont, who started a project of building roads throughout Dalmatia in the early 19th century.

Hvar may be new on the trend radar, but the two Italianate villas that house Hotel Riva have been around for over one hundred years.

The hotel sits in the prime spot on the attractive waterfront of Hvar town's harbour and the buildings were completely overhauled in 2006. The resulting boutique hotel has just 54 rooms and suites designed in a contemporary style with glass walls between bedrooms and bathrooms and huge stills from Hollywood movies on the walls.

The hotel restaurant serves good quality fresh seafood and fish and other typical Mediterranean cuisine, and the bar has a lovely terrace from which to people and yacht watch. The bar becomes one of the trendiest places to hang out late at night in Hvar with DJs in residence most nights, trying to compete for the affections of the beautiful people who also frequent the Carpe Diem bar next door.

In terms of activities, the hotel concierge can arrange tours of the Hvar town or the wider island, or waterskiing in the crystal clear waters off the island.

One of the two villas that house the hotel was once the headquarters of the Croatian navy.

The hotel sits on a horseshoe shaped bay, next to a medieval Franciscan monastery.

The rooms are comfortable and well-equipped, and the hotel has a large terrace, where meals are served, and the bay and its sandy beach are a stone's throw away. Guests can relax and soak up the warm Mediterranean sun on the beach, or enjoy walks around the peaceful, car-free island. Lopud is just nine miles from Dubrovnik, and the two are linked by a regular boat service.

Villa Vilina's restaurant offers serves Croatian specialities using fresh produce such as figs, grapes, tangerines and olives from the villa's own gardens. Try some of the home-made rose brandy.

The welcoming Vilina family has lived on Lopud for more than 200 years so if you want to know what to see or where to eat, they will know. 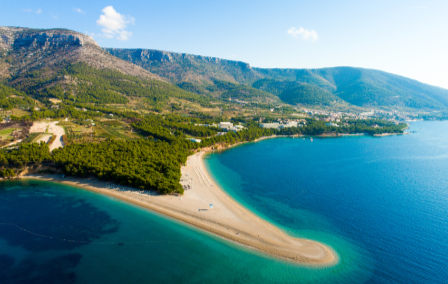 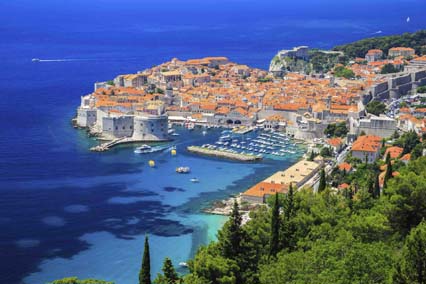