'Why would you want to go to Russia?', has pretty much been the stock response from people for the last decade or so when I've told them I'm heading there, and that's usually followed by a slight shudder and questions about prison camps, Putin and whether the food is terrible. However, before my most recent trip there in April, news of my departure was met with squeals of jealousy and protestations along the lines of 'I've always wanted to go there, actually, and Tolstoy is my favourite author thank you very much'. I think a certain BBC drama may have got some people all hot under the collar and wanting to meet their own Andrei, but it very much seems that many are at last joining me in thinking.... why wouldn't I want to travel to Russia?

The Case for the Defence

Obviously some reading this might want to counter that question with some pretty hefty objections focusing on Russia's politics, both domestic and international, but I would argue that there are a considerable number of other countries to which we happily travel (and send our clients!) against which one could level the same protestations. If we are able to forgive those countries for their divergences from our own political beliefs, then should we not extend the same courtesy to Russia? Secondly, I defy anyone to visit St Petersburg and not come back with a deeper understanding of the complex, wonderful, brutal, proud history of Russia and an appreciation for the cultural and artistic triumphs of the Russian people.

And what Triumphs they are

The Hermitage being, in my opinion at least, the single greatest and most beautifully presented collection of artistic works in the world is best visited at least twice during any trip and certainly first with a knowledgeable guide who can whip you around the highlights before you return for a more leisurely saunter through its miles of marble corridors. Seeing the golden domes atop St Isaac's and the unashamedly ostentatious Catherine's Palace glimmering in the sunshine was a particular highlight for me on this trip, but even if the weather does end up being grimmer than a Dostoyevsky novel, the city's palaces and museums are so numerous and absorbing that you could spend weeks, not days exploring them.

St Petersburg has, from its outset, been a symbol of Russian determination and defiance; only someone like Peter the Great could conceive building such a magnificent city on a marsh which is, at best, wildly unsuitable to support his grandiose plans, and make it work. During the Second World War, the siege of Leningrad was a torturous attempt to grind down the spirit of the population and the fact the city emerged, after 872 days, and was rebuilt in such splendour is truly astonishing. This is perhaps most keenly felt in the Hotel Astoria, the grand dame of the city, where Hitler had planned to celebrate his defeat of the Red Army. Few hotels in the world are able to boast such fascinating history whilst also being one of the most splendid places to stay.

So if you are finding yourself erring on the side of 'why' as opposed to 'why not', I would urge you to give St Petersburg a chance to convince you that Russia deserves more than the prejudices and preconceptions of someone who has never been. Maybe you still won't agree with Putin's politics (and I think the less said about politics in a travel blog the better!) but I guarantee you won't come back still on the fence about this phenomenal city. 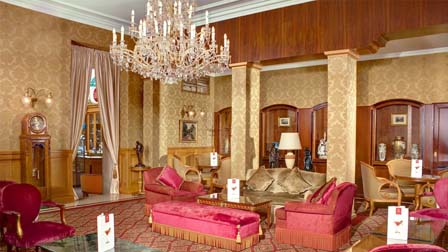 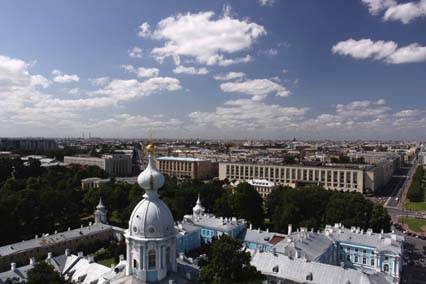