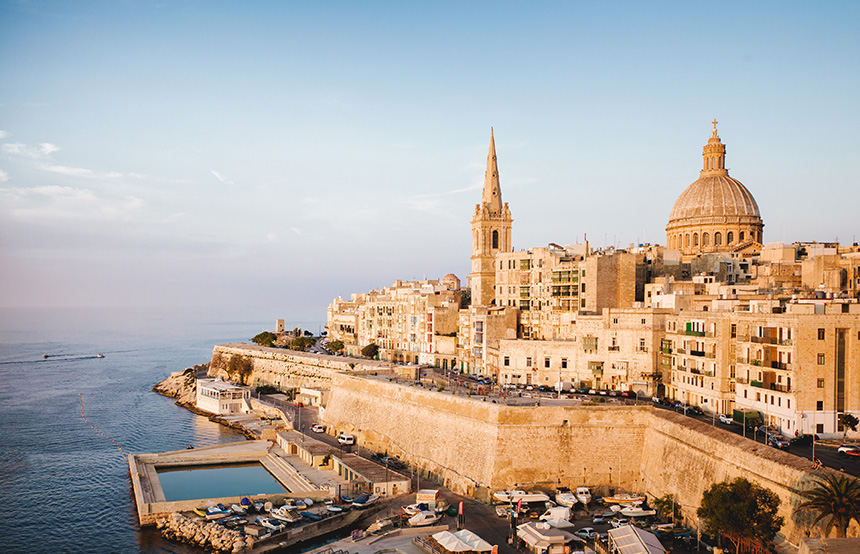 Long overshadowed by the glitz and glamour of the Amalfi Coast and Balearic Islands, Malta – the tiny archipelago suspended between Sicily and North Africa – is finally getting its moment. And thanks to its authentic baroque architecture, intriguing cocktail of cultures and upsurge of eclectic bars, it has never looked more alluring. Laid back and low-key, this is a country that doesn’t like to brag. But one look at its fossil freckled cliffs, labyrinthine lanes and bucolic cathedrals and you’ll discover that there is far more to the country than first meets the eye. From Valletta’s hectic Grand Harbour to Comino’s paradisaic coastline, the must sees in Malta are so varied and so heart-stoppingly gorgeous that you won’t quite know where to look first…

To say Valletta packs a punch is an understatement. Built by the Knights of St John in the 16th century, this 197-acre peninsula isn’t just home to museums, fortresses and medieval monuments (320 to be precise) but also contemporary art exhibits, fashion shows and music festivals. From Annie Mac’s Lost & Found festival, which provides a much-needed early summer serotonin shot, to the impressively laidback but culturally rich Valletta Baroque Festival, Malta’s capital has quickly become one of Europe’s most coveted destinations. Weave between slender streets up to the Upper and Lower Barrakka Gardens for views over the Grand Harbour, take shade in St John’s Co-Cathedral – a true baroque wonder – and treat your tastebuds to authentic tasting plates in cosy restaurants a stone’s throw from the city centre. No wonder the city scooped up European Capital of Culture in 2018. Mum’s the word in Mdina. Often referred to as the ‘Silent City’, the Maltese knew to leave the historic hilltop city well alone when they conducted their modern makeover. Home to quiet piazzas and shady streets flanked by beautiful baroque buildings, Mdina doesn’t just feel like taking a step back in time, it feels like taking a hop, skip and a jump back to the 16th century. Get a feel for the island’s long (and sometimes grizzly history) as you explore St Paul’s Catacombs and the National Museum of Natural History and leave the tour buses behind (which largely stick to the main streets anyway) as you search for the perfect picnic spot in Buskett Gardens. And if the city’s silence becomes too loud, head to the Fontanella Tearooms. A favourite among locals and tourists, you may be in for a wait for a table, but trust us, once you take a bite of their chocolate cake, you’ll understand why.

Malta is much more than its cities. The old souls of the island’s past, its villages are the epitome of Mediterranean life. But don’t be fooled, their lively festas and unique characters keep them firmly on Malta’s map and Marsaxlokk is no exception. Located in the southeast of the main island, it is one of the country’s largest fishing villages. Yet, while its harbour welcomes a continual stream of luzzus (traditional fishing boats), its surrounding coastline remains scrumptiously secluded. Jump into St Peter’s Pool (a natural pool in a horseshoe-shaped rock) and wander along its café and restaurant fringed waterfront to its buzzing Sunday market. Try your hand at haggling and reward your efforts with the catch of the day at the little village’s surprisingly sophisticated seafood joints. Marsaxlokk may be small but it’s a mighty must see in Malta.

Comino and the Blue Lagoon

According to Belinda Carlisle, Heaven is a Place on Earth. We have a feeling it’s called Comino. Remote, quiet and breathtakingly beautiful, it was reportedly once a hideout for the island’s pirates and smugglers. And it’s no wonder they fancied keeping it for themselves. Ringed by caves and crystal clear lagoons, it’s the perfect spot to laze a day away on a deckchair or take a deep dive into its underwater wonderland. Swap the Blue Lagoon (although it’s a must see in Malta in its own right) and its day boats for the Santa Marija Caves and Cominotto Reef just up the coast. Descend down 25 metre wall drops, follow schools of fluorescent fish and discover shipwrecks suspended in time. Above sea, a nature reserve and bird sanctuary await. Spot migratory warblers and swifts from Saint Mary’s Tower and let all your troubles float away in the island’s quieter Crystal Lagoon. While it’s easy to lose sense of time, it is impossible to get lost on this tiny slice of paradise.

While Valletta is trying its hardest to launch itself into the 21st century, Gozo is quite happy hanging back a few decades. Head to its sleepy capital of Victoria for a lesson in laid-back living, where modern stresses mean nothing and time is just a construct. Enjoy an ice cream with locals under oleander trees by oversized Parish churches that dominate every village square and journey to the mighty megalithic Ġgantija temples for a lesson in ancient history. If you feel like you’ve ticked off all the must sees in Malta, try some of its must eats. From tangy dried Gozitan goats cheese and pastizzis (miniature pastries) to briny and salty lampuki and dorado with crusty hobz (Gozitan sourdough), Gozo isn’t just good for the soul, it’s good for the stomach. 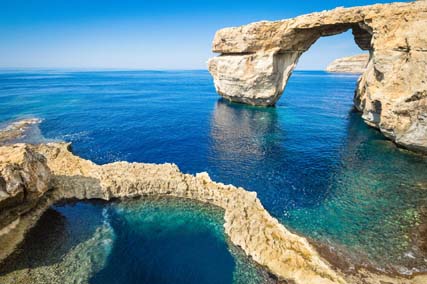 Things to do in Gozo, Village festas

Big bang fact, not theory... According to legend, Odysseus fell under the seven-year[...] 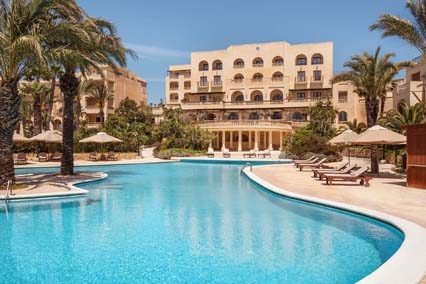