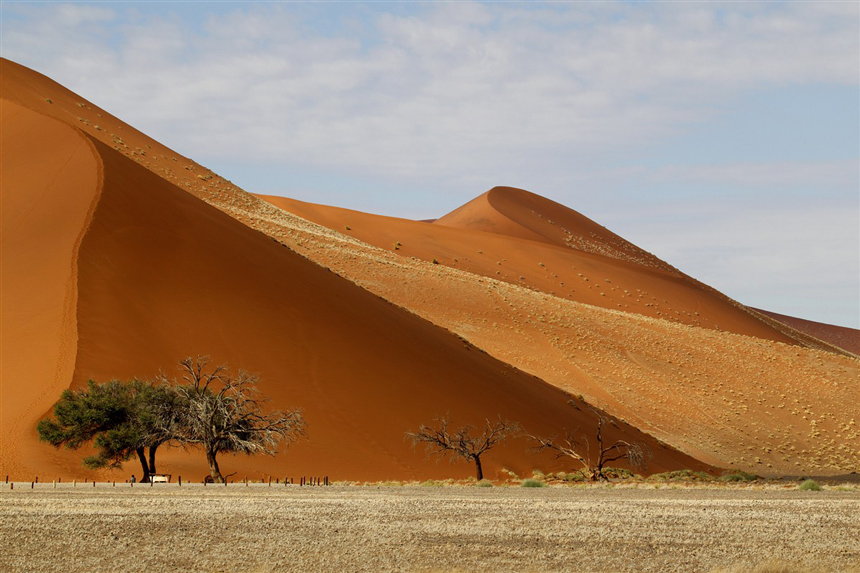 Here is our selection of the most beautiful landscapes not-to-be-missed during your trip to Namibia.

This is a salt desert famous throughout Namibia and beyond the country's borders, and probably the country's most iconic landscape. Located in the heart of Namib Naukluft National Park, the Sossusvlei red sand dunes are deeply beautiful, especially at dawn and dusk when the light tinges them with warm hues. The ideal way to visit Sossusvlei is to take a hike, let yourself be overwhelmed with the tranquillity of the desert and then enjoy this sea of dunes, some of which are over 1,200ft high, making them among the tallest in the world. 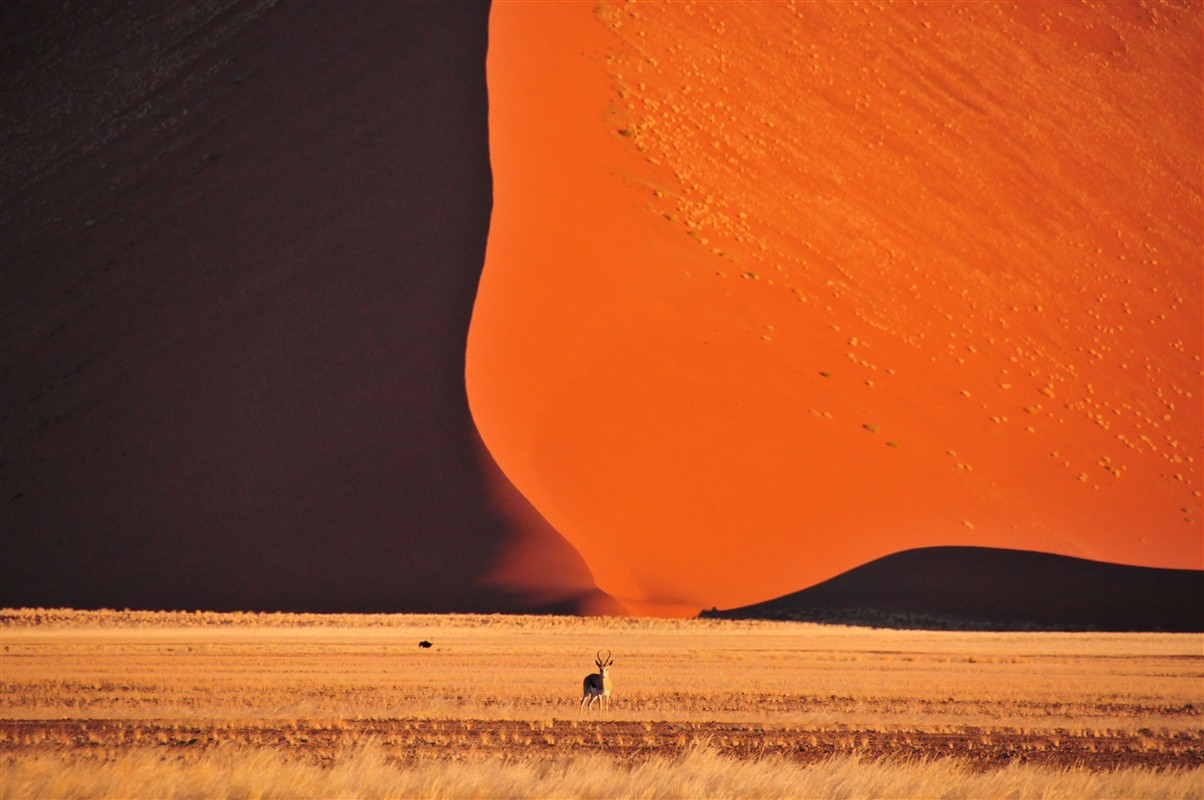 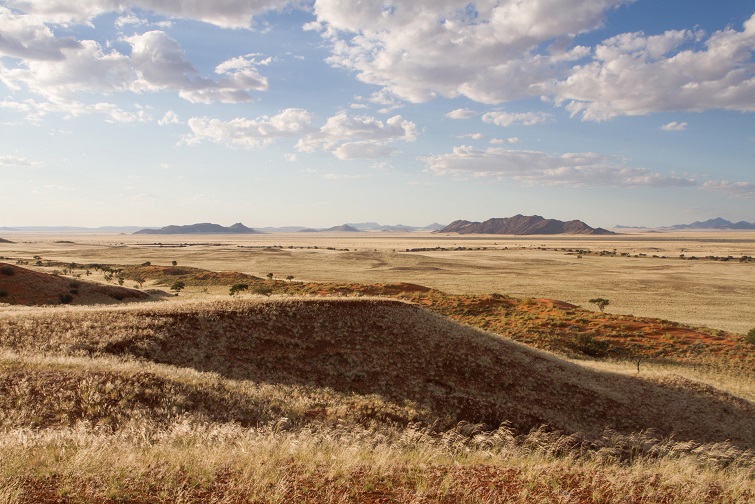 While the American Grand Canyon is the largest in the world, the Fish River Canyon in Namibia occupies a beautiful second place, measuring more than 16 miles in length and up to 1,800ft deep. The river which hollowed out this canyon over the centuries doesn't have much of flow these days and reveals some pretty natural pools interspersed with long sandy stretches. While travelling around the Fish River Canyon there are several panoramic views that allow you to appreciate the scale of the place. Those wishing to venture into the canyon will have to put on good walking shoes to embark on the Fish River Hiking Trail. On the way, you'll see Kokerbooms or quiver trees, the national tree. 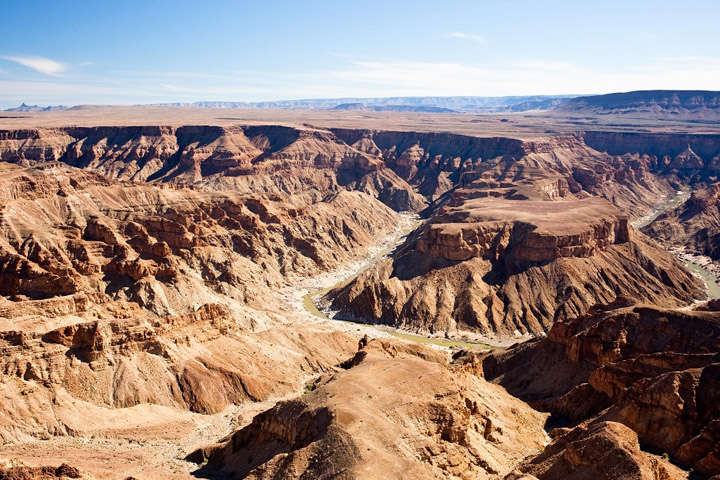 A protected nature reserve, where the Namib dunes meet the Atlantic Ocean... 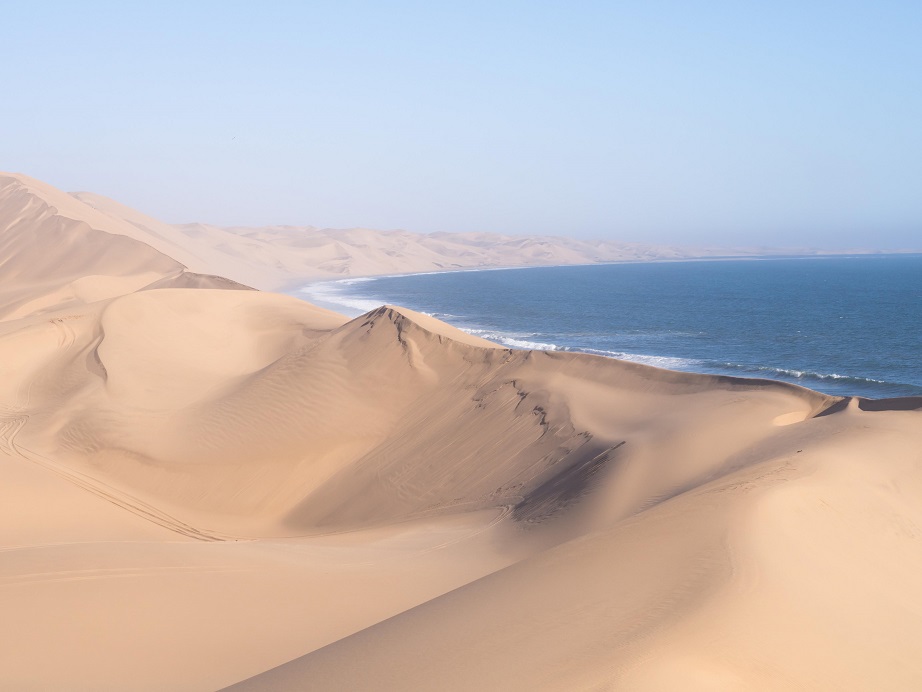 Kunene (also known as Kaokoland) is one of Namibia's 14 administrative regions. Its capital, Opuwo, is further south. When we talk about this region, it often has to do with a stay in the few lodges in the far north of Namibia, not far from the Angolan border. This region is a wild paradise where the desert mixes with the bush, yet another of Namibia's otherworldly landscapes. It is also the region inhabited by the iconic Himba people. If you are staying in the north of this country, you will probably meet them. 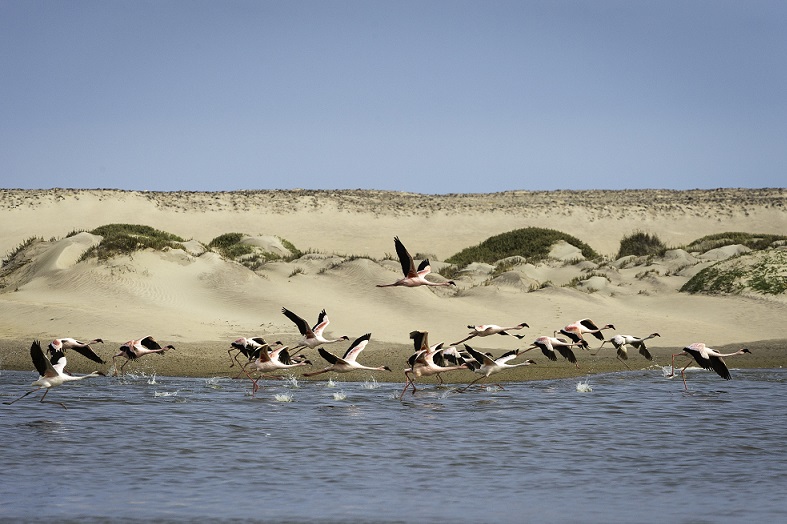 Waterberg Park occupies a sandstone plateau around 30 miles long by 10 miles wide, and that rises almost 500ft above the plain. The park is rich in lush vegetation and is home to many rare and endangered species, including sable antelopes, roan antelopes, white and black rhinoceros, buffaloes, leopards and cheetahs. There are also more than 200 species of bird, including Cape vultures and the black eagle.

One of Namibia's most famous national parks is a vast flat, salt-white area which fills with water during the rainy season and which has arid areas dotted with thorny trees and shrubs. 250 miles north of Windhoek, towards the Angolan border, a stay in Etosha allows a varied and amazing range of fauna to be observed, including gnus, giraffes, lions, springboks and oryxes as they gather around watering holes. A trip to Etosha also brings you to the fascinating ghost trees, a petrified forest that rises up in the middle of the desert, and to the fort of Namutoni, a reminder of the German colonial era. 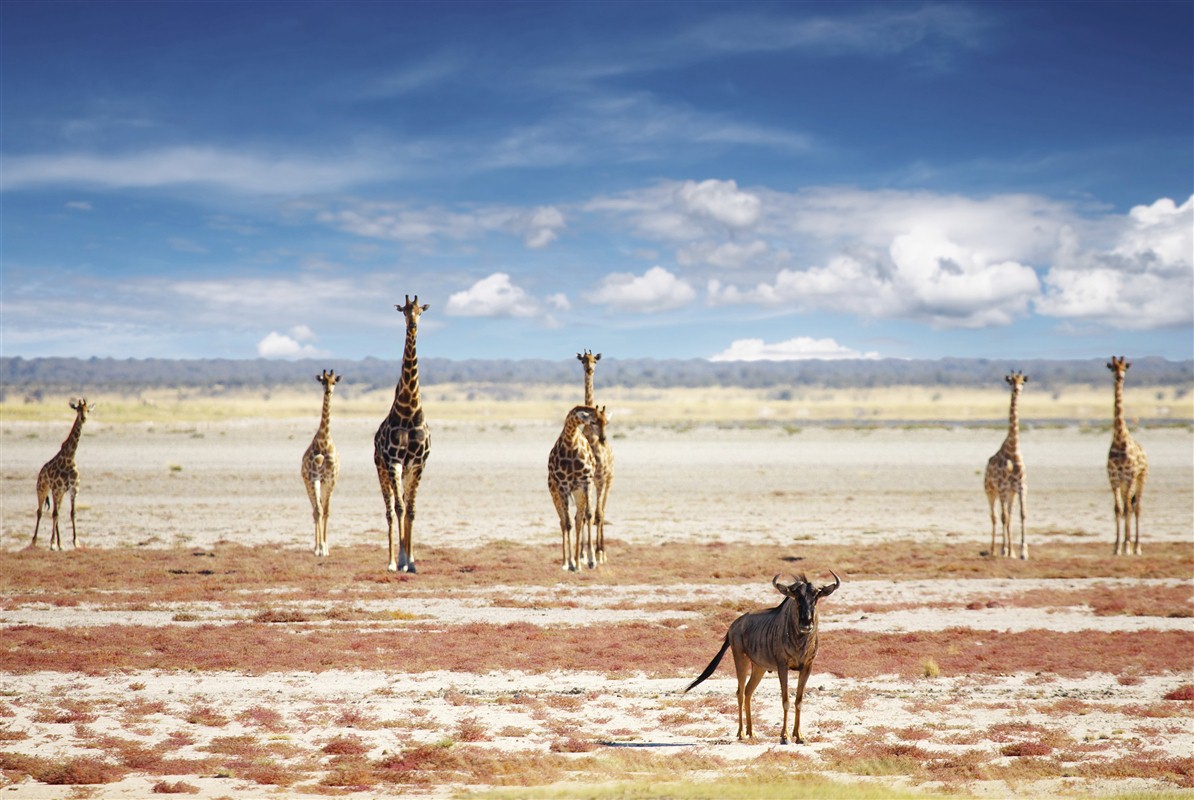 It is often forgotten that the famous Kalahari Desert, the desert with the longest lines of dunes in the world, also crosses Namibia. On the outskirts of Botswana, South Africa and Namibia, the Bochimans territory is home to vast expanses of red dunes and yellow savannah. Here you'll see fabulous native wildlife. This trip to the Kalahari Desert will make you love the laterite colour of its sand, dotted with vegetation stretching endlessly into the distance. Here there are no high dunes, but a space that the wind often models into the form of a corrugated iron sheet.

Walvis Bay or whale bay. That's a name that says a lot about the pleasure you can take here watching the Atlantic Ocean stretching out there. Walvis Bay has only been Namibian since 1994 because it is an ancient South African territory in the heart of this former German colony. The richness of Walvis Bay is its marine wildlife, very abundant due to the Benguela Current which flows by here and promotes plankton growth. So it's not uncommon for visitors ito Swakopmund, almost 20 miles higher up, to take a day trip to Walvis Bay to the seaside. But a trip to Walvis Bay is also an opportunity to experience the Namib Red Desert, which stops a short distance from the coast. 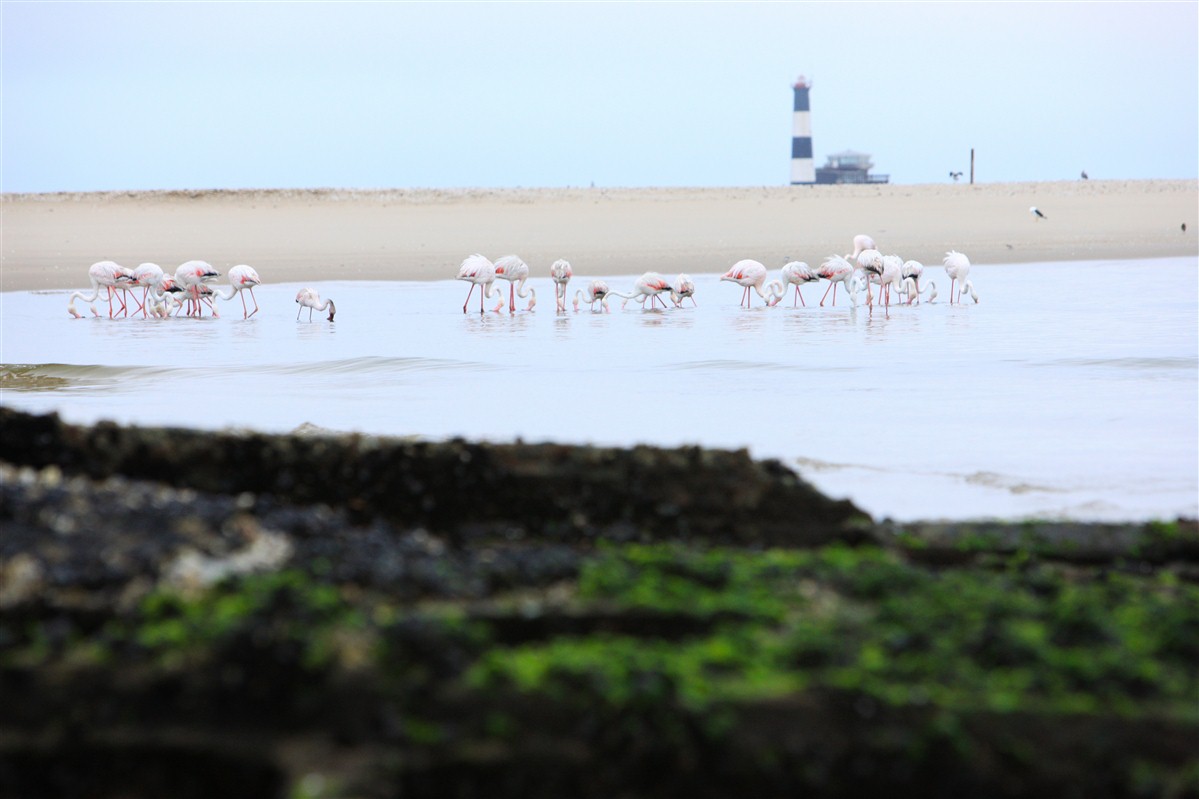 If the Namib desert sounds like a mythical name, maybe it's because it's the oldest desert in the world. Located in the southwestern part of Namibia, this desert has the distinction of being coastal. 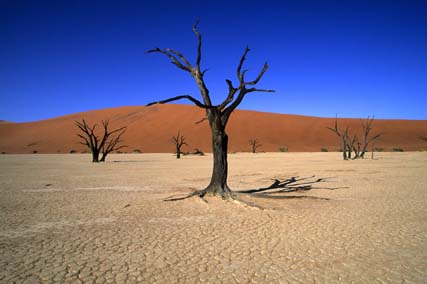 The NamibRand desert might be the dictionary definition of remote. Only Mongolia is[...] 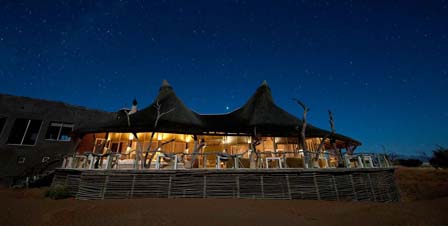