The Best Road Trips in Italy

Driving in the land of the Dolce Vita can be a little intimidating: honking of horns, drivers overtaking on your right and left and some weapons grade tailgating are all indeed part of Italian road culture. But you'll soon forget about all of this, because hitting the road in Italy is the best way to discover the beauty and treasures this country has to offer. Here are our top ten Italian road trips, taking you all the way from the Dolomites to Sicily, passing through Abruzzo and the Amalfi Coast. Our travel consultants have put together a selection of the best road trips in Italy. Andiamo!

From Rome to Terni

The pleasant, soothing route from Rome to Terni is perfect for catching your breath after the thrills of the Strada della Forra and this is certainly one of the best road trips in Italy. The route is some 62 miles long and reveals the charms of the Italian countryside, especially along the Tiber River in the nature reserve of Marcigliana, and passing the foothills of the Apennines at Monte Terminillo, the summit of which can be reached by taking a short detour. On this road trip, driver and passengers can also discover Italy's gastronomy and relaxed way of life: stalls selling high-quality olive oil and fresh produce and charming little restaurants can be found along the way to Terni, the city of lovers, where Saint Valentine is buried...

The 30-mile route linking Sorrento to Amalfi is magical. The SS163 runs along this beautiful coastline and is a UNESCO World Heritage site. Driving along this road is a little like driving on a balcony clinging to steep hills that drop into the sea. Every mile offers new, breathtaking views and passes through a series of hilltop villages and seaside resorts. Take a break from driving and lace up the hiking boots to discover the many trails into Amalfi's hinterland. In Ravello, art lovers will succumb to the charms of the streets and atmosphere, following in the footsteps of Wagner, Virginia Woolf and DH Lawrence.

The Chiantigiana Road (more prosaically known as SR222) is truly exhilarating and makes for one of the best road trips in Italy. This route through the Tuscan countryside pleases both the eyes and the palate: from Florence to Siena, the Chiantigiana Road crosses the Chianti Classico wine region, winding through the Tuscan hills and passing thousands of acres of vineyards. The best time to do this 42-mile road trip between the two towns is in September, when wine festivals and grape harvests take place in each of the region's small villages. Beware, however, of the dangers of too many tasting stops!

It's true that all roads lead to Rome and the Via Cassia from Florence is without a doubt one of the most beautiful and one of the best road trips in Italy. Driving down this road is a trip back in time as the Via Cassia, now called the SS2, was built by the Romans, under Cassius – hence its name – in 107 BC to connect these two wonderful cities. Over the course of these 186 miles of rolling hills, soak up the vineyards of the Tuscan countryside, Lake Bolsena, the charming medieval village of Montefiascone and the ramparts of Viterbo, before reaching the outskirts of the Italian capital and the barrage of car horns.

Le Corbusier described the Dolomites as 'the finest natural architecture in the world'. We tend to agree. Thanks to the Great Dolomites Road, for which construction began in the 19th century and lasted for several decades, you can now overcome the obstacle that is this breathtaking mountain range on one of the best road trips in Italy. Today, 68 miles separate Bolzano, the capital of South Tyrol, from Cortina d'Ampezzo, nicknamed 'Queen of the Dolomites' in Venetian. Heading east, the Great Dolomites Road leaves Bolzano and its ski resort shtick to follow the steep canyons of the gorges of Val d'Ega to Karersee Lake, much-loved by the Empress Sisi. It then heads through the Costalunga pass and the rocky peaks famous among mountaineers: the Vajolet Towers. After passing through the charming village of Canazei, two passes really stand out: the Pordoi Pass with its stunning views of the Marmolada, Rosengarten and Sassolungo mountains, and the Falzarego Pass with its museum dedicated to the First World War. The road then descends into the heart of a valley filled with pine trees that become sparser as the road reaches Cortina, the so-called 'Queen of the Dolomites'.

At 32 miles long, Lake Garda is the biggest lake in the country and home to one of the best road trips routes in Italy. Driving round this small inland sea gives visitors the opportunity to discover its shores, from the lake's narrower part in the north where mountain streams pour in, to the calmer, wider part in the south, as well as a plethora of charming villages such as Sirmione and Garda. The narrow Strada della Forra - considered by many to be the most beautiful road in the world as it winds through a dramatic ravine - is a must-see for drivers in search of the ultimate car chase scene reenactment. Take the road from Pieve for a mountainside loop past gorges and waterfalls. Defined by Churchill as the eighth wonder of the world and featured in a legendary James Bond car chase scene in 'Quantum of Solace'… this is a must for petrolheads and 007 fans alike.

Abruzzo: from Castelli to Chieti

Between the Apennines and the Adriatic Sea lies one of Italy's lesser-known regions. However, it's starting to gain recognition. It offers a condensed version of the most beautiful features of the Italian landscape: beaches, sand dunes, rocks, pine forests, mountains, lakes, caves and even hermitages. Driving the 73 miles from Castelli to Chieti via Teramo is certainly one of the best road trips in Italy, with the concentrated, varied landscape meaning you may want to stop every five minutes. Even for those short of time a few stops are absolute musts: The Gran Sasso National Park (Photography), the stunning Stiffe caves, reached via a short detour, and finally the coast and the seaside resort of Pineto for a little rest in the pine forest along the fine sand beach. Here, you can admire the 'trabocchi', a kind of ramshackle pier on traditional stilts used for fishing.

Sicily via the SS120

Sicily is prime road trip country, but when push comes to shove we've chosen the SS120, connecting Taormina in the east to Termini Imerese on the north-west coast as our favourite. This Sicilian road trip begins by passing through the Etna Park, where in Rifugio Sapienza visitors can enjoy a breathtaking funicular climb to the top of the famous volcano. It's easy to see how this is one of the best road trips in Italy thanks to its incredible views of the crater. The SS120 continues for 150 miles through steep mountains, green valleys and picturesque towns including Nicosia in the mountains, then Cerda, known for its famous artichokes and well worth a little gastronomic pit stop. Finally, the SS120 leads to the sea and catches up with the SS113, which leads west to the energetic capital of Palermo in three-quarters-of-an-hour.

Sardinia via the SS125

The SS125 traces the east coast of Sardinia from Quartucciu in the south to Palau in the north. Beach lovers will be delighted at the variety along the 165 miles of coast. On some of these long stretches of beach you won't see a soul, giving the impression of being on a deserted island. Simply venture onto one of the little paths just off the main road to discover one of these wonderful, hidden treasures. Along the way, cities like Arbatax, with its bay and Rocce Rosse beach, lined with red granite rocks, or Orosei and its small harbour with a rich medieval past, are all well worth a little exploring on foot. On the way to Palau, there's no shortage of places to stop, and among these one strange little place you definitely mustn't miss is the ghost village of Gairo Vecchio, which can be reached south of Arbatax by taking the SP28…

Crowned the most beautiful road in the world by the likes of Top Gear, the Stelvio Pass route or SS38 is a challenging drive punctuated by twists and turns, climbing up 9,045ft to reach the pass and then dropping all the way down again. From south to north, it connects Bormio in the province of Sondrio to Prato allo Stelvio in South Tyrol and is the second highest road in Europe after the Iseran Pass. The 16-mile northern section of the SS38 is the most impressive and dizzying with 48 hairpins bends. Watch out for two-wheeled vehicles: the Stelvio Pass is a top destination for bikers and cyclists. It's also important to remember that, due to the altitude, the pass is only open from June to September.

A heady mix of ancient architecture, amazing art and a divine adherence to a dolce[...] 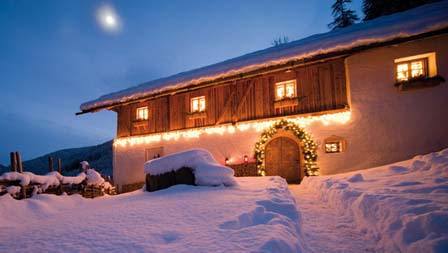 The Dolomites : The San Lorenzo Lodge

When Original Travel heard about the new luxury San Lorenzo Mountain Lodge in the Dolomites[...] 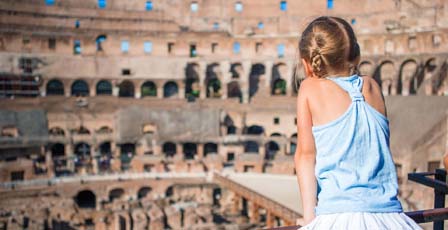 Rome might just be our favourite city in Europe so it's doubly delicious that it also[...]