Everyone knows the classics: California's Highway One, South Africa's Garden Route and New Zealand's South Island circuit. And they're all popular road trips for a reason. However, some of our favourites are those that slip under the radar, so read on for four of our favourite road trips which take the road less travelled...

Sicily, the largest island in the Mediterranean, is ideal road trip territory with more beautiful beaches, historical sites and picturesque towns than you can waft an arancini ball at. Start in the old town of Palermo, located at the foot of Monte Pellegrino, where you can explore the labyrinthine streets and piazzas while soaking up the town's boundless charm. Next up on your Sicilian road trip is Agrigento on the south coast, but not before a pit stop at Monreale on the slopes of Monte Caputo. Here you can stretch your legs exploring the town's historic Norman cathedral. Once in Agrigento, you are perfectly positioned to explore the Grecian ruins at the Valley of the Temples, with the help of our knowledgeable local guide, who can help bring them to life. Your final two stops on this off-the-beaten-track road trip are the hilltop city of Ragusa (famed for its Baroque architecture) and the small island of Ortigia, part of Syracuse - the perfect place to end with some R&R at one of our recommended boutique hotels.

Most people wouldn't consider a South American road trip without at least a couple of months on their hands but you can actually work through the full gamut of experiences in pocket-sized Uruguay in just ten days. Explore the west coast of the country on this truly unique road trip, where you can expect beautiful rolling hills, wide open farmlands, plenty of colonial history and a fantastic wine region. Stop off at the city of Montevideo, with its fascinating historic quarter and cosmopolitan vibe, and Colonia del Sacramento, a picturesque city with narrow cobbled streets, old forts and buckets of history (the town dates back to the 1690s). Round off the trip with a stay at a working vineyard and farm near to the town of Carmelo to experience everyday rural life while working alongside the gauchos.

As an alternative to the classic South African road trip along the Garden Route, spend two weeks exploring the north-eastern region of Kwazulu-Natal by road. Begin in Durban, a cosmopolitan city with a large Indian influence and buzzing surf culture, before heading into the Drakensberg Mountains, where you can walk through the foothills with a guide or explore them on horseback while admiring the dramatic mountainous scenery. Then it's onto the historic battlefields where, with the help of one of our knowledgeable guides, you can learn about the history of the Anglo-Zulu wars that took place here, visiting sites such as Rorke's Drift and Isandlwana, as well as Spioenkop, the site of one of the bloodiest battles of the Anglo-Boer war. Next up, head to Phinda Game Reserve for a few days of guided safari in the hope of spotting the Big Five and much more. Finally, enjoy some R&R on the Maputaland Coast, where you can make the most of the fantastic snorkelling and the array of colourful fish and other marine life that can be found here.

The French island of Corsica is the perfect blend of two of our favourite countries (especially when it comes to cuisine) - France and Italy. Make the most of everything this beautiful Mediterranean island has to offer by spending ten days exploring it from top to bottom on a road trip. Begin in the town of Calvi to the north of the island, which is found right on the coast with the Corsican Mountains acting as a spectacular backdrop. Next head south to the coastal town of Ajaccio, Napoleon's birthplace and the capital of the island. From there cross to the east coast and Porto Vecchio, the perfect base from which to explore some of the island's most famous beaches. Finally, explore Bonifacio, the narrow peninsula in the very south of the island, with its white limestone cliffs and renaissance features, which give it more of an Italian vibe than a French one. This is easily our favourite part of Corsica, making it the perfect place to end your off-the-beaten-track road trip.

You're here for the freedom of the open road, but do stop to take in the sheer magnificence[...] 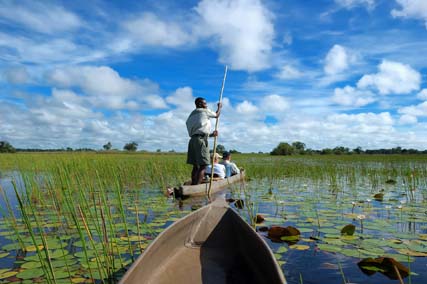 While in danger of sounding like an overly-cheesy Hollywood film, sometimes it's as[...]

A road trip to Europe is one thing (it's an epic thing if you ask us), but taking the whole family[...]