Where To Stay in Zermatt

Dating back to 1879, the Grand Hotel Zermatterhof is one of the grandest of the grand dame hotels in Zermatt, offering 19th century elegance combined with 21st century amenities and polished service.

There are 78 guestrooms and suites in total, ranging from the intimate Grand-lit and Standard rooms, which feature wood panelling, and either Double, Queen or Twin beds, to the spacious and luxurious Suites, which have separate living and sleeping areas with space for a sofa bed, and some with views of the Matterhorn. Families can be accommodated in Suites, or in interconnecting guestrooms.

Three restaurants, two bars and a smoking lounge provide plenty of space for après ski indulgence. The Prato Borni restaurant serves a leisurely breakfast, while for lunch and dinner the menu focuses on fresh, regional produce, sourcing freshwater fish from mountain streams and Lake Geneva, wild game from the mountain slopes, and fruit and veg from the Valais region. Other dining options include French Brasserie Luisi, and the 'Small Cheese Restaurant', where cheese fondue is very much the order of the day. For a digestif, retreat to the Ruden Bar or Star Bar, or settle down in front of a roaring fire with a fine cigar in the Smoking Lounge.

For relaxation, swim lengths of the spacious pool, or lounge in the whirlpool, sauna, steam room or alpine grotto. The Spa offers a range of massage and beauty treatments. Aside from the extensive ski runs that are easily accessible from the hotel, guests can explore the village and surrounds using the complimentary bicycles, guided hikes, and rock climbing in summer months.

The charming 4* Hotel Monte Rosa has remained in the same family for some six generations, and in the intervening years the Seilers have refined hospitality to a fine art.

The hotel might not exude the same glamour as Zermatt's grande dame establishments, but the 41 rooms and suites exude a low-key charm (with Alpine touches). Some of the rooms have balconies, most have mountain views, and the best have the iconic Matterhorn in plain sight.

The main restaurant and bar area, Edward's, is named after one Edward Whymper, a wimp in name but not nature as he was the first alpinist to conquer the Matterhorn. This eminently cosy setting sees the Monte Rosa's gastronomic team serve up simple but delicious dishes, alongside cocktails and nightcaps.

The Hotel Monte Rosa's sister hotel is the Mont Cervin Palace nearby, and thanks to the properties' Dine Around concept, guests from the Monte Rosa can enjoy the wide range of restaurants at the other hotel that offer Italian, Japanese, Mediterranean and, of course, Swiss cuisine.

Where To Stay in St Moritz

Just three miles from the glitz and glamour of St Moritz, the Nira[...] 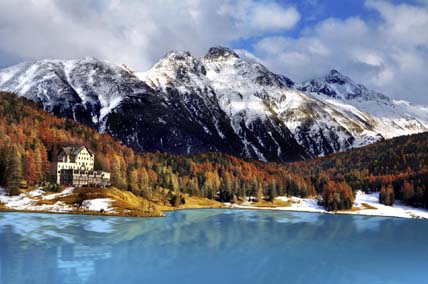 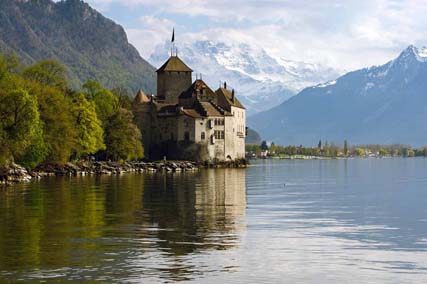