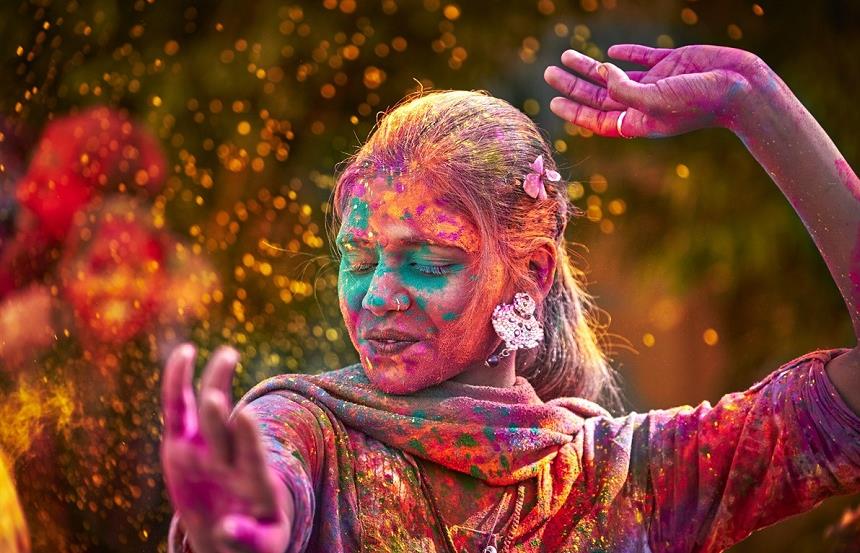 There's a whole host of festivities that set the rhythm for Indian life all year round, including a major Hindu festival, major cultural events and sporting competitions. Seeing any of these festivities is a trip in itself. The very best Indian festivals happen during the winter, and the dates of most of them are determined by the lunar calendar. Contact our consultants for more information !

The world's largest music festival, created by the Maharaja of Jodhpur, takes place in February in the compound of the Rajput and Mughal forts of Jodhpur and Nagaur, and hosts artists from India, Iran, Egypt, Tajikistan, Mongolia, Burundi and Zanzibar. Concerts take place in front of sparkling pools at sunrise, in the shade of century-old trees when the heat gets stronger, in candlelit gardens at dusk and in music halls after nightfall.

The city of Rishikesh, known as ' the gateway to the land of Gods ' and nestled in the mountains on the edge of the  Ganges, is the heart of spiritual India . According to Hindu mythology, it's where the passage to paradise is located and is where the world's largest yoga gathering takes place (February/ March). This festival attracts great yoga masters from around the world who explore and teach major traditions, including hatha, raja, karma, bhakti and mantra laya.

Holi, the festival of colours

' Bura na namo, holi hai ', 'don't hold a grudge, it's Holi '. Holi, the Hindu festival held on the spring equinox, is both a celebration of Spring and fertility. Holi is celebrated throughout the country during the full moon of the month of Phalguna (February/March), but the celebration is particularly exuberant in the north. All social rules are put on hold while men and women dressed in white flirt and dance in the streets, tossing out handfuls of colours : orange for optimism, blue for vitality, and red for joy and love. Women heckle men while Dalits shout at Brahmins… according to Indian researchers, this is 'the day when all castes come together, where the inferior castes have the right to insult all those before whom they have had to bow all year round '.

Every year, in the fifth Tibetan month (June/July), Hemis, Ladakh's largest monastery  , commemorates the birth of Indian guru Padmasambhava, the founder of Himalayan tantric Buddhism. Six lamas in yellow silk robes and demonic masks dance to the beat of drums in the monastery courtyard. Dresses swirl, feet strike the ground, and six other monks, who represent the forces of Good, join them. The battle is played out with sophisticated choreography to an audience. At the gates of the monastery, street vendors sell flower offerings to worshippers , while further afield, lentil soup can be bought for a few rupees. At dusk, the crowd leaves the monastery in a joyful commotion of horses, mules and scooters: Good has triumphed over Evil again this year.

At the end of summer (August/September) in Mumbai, two million worshippers gather to celebrate the birthday of Ganesh, Ganesh is honoured for ten days, and on the last day of the holiday, there's an entranced crowd with beating drums, flamboyant clothing and giant effigies on carts adorned with flowers: the worshippers lead their idol to Chowpatti beach, to immerse their effigy statues in the water, shouting 'mangal murti !', : 'embodiment of auspiciousness'.

The big canoe race, held on the second Saturday in August, is a popular celebration. The huge wooden canoes, some of which house about 100 rowers, run along the backwater canals. The beauty of the action and the roar of the crowd are unforgettable.

The most important festival in Bengal celebrates the goddess Durga's victory against the demon Mahishashura. It takes place from the sixth to the tenth day of the wax of the moon in the month of Ashin (September/October). In Calcutta  more than 2,000 pandals, ephemeral bamboo and fabric temples honouring Durga, are erected. These are real works of art: the dragons, butterflies and Buddha's heads make each temple unique ! Until late in the evening, visitors hurry with the Bengalis to visitthem. After a week of devotion, spirituality and celebration, the idol of each pandal is dismantled from its altar and submerged in the sacred river to the sound of drums and horns.

The RIFF festival takes place during the full moon of Sharad Poormina (October/November). It celebrates both a rich musical heritage and innovative music : hip hop mixes with traditional Rajasthani music in a packed programme. Four days and four nights of cultural celebration, from Sufi chants to electro-rhythms, in the majestic Mehrangarh fort overlooking the blue city and desert.

Hindus, Sikhs and Jains celebrate the Festival of Lights for five days. It commemorates the return of the God Rama and his wife Sita after their victorious battle against the demon Ravana, and marks the transition to a new year (October/November). On the third day, known as the 'moonless night' , the festival comes into full play : women place earthenware candles and oil lamps on the floor, windows, and balconies, pointing the way to Rama and Sita – it is majestic to see an entire city lit with thousands of flickering flames.

Mahabalipuram village, bordering the Indian Ocean, hosts a dance festival for one month (December/January). The country's greatest dancers perform traditional dances. The oldest, Bharatanatyam, has been passed from teacher to pupil for more than 2,000 years. It alternates pure dance and figurative dance, accompanied by drums, cymbals, flutes and violins; the theme is based on sublimated, spiritual love. We also love Odissi, which focuses on the life of Krishna  and his love for Radha.

The great Hindu pilgrimage takes place every three years in the holy cities of Allahabad (called  Prayagraj by Hindus), Haridwar, Ujjain, and Nasik. Once every twelve years, the great Kumbh Mela gathers nearly 100 million people on the banks of the Ganges to purify themselves in the sacred river : according to Time magazine, it is  the largest human gathering in the world. ' Every twelve years, the whole of India comes to life ; the villages shake, the monasteries empty, and naked hermits covered in ashes descend from the caves of the Himalayas. From the coast of Malabar, the Gulf of Bengal, and the Thar desert, all kinds of carts, processions of monks, hordes of drifters, sequences of rajahs, coaches crowded with women hidden by white curtains and trains full of city dwellers come together into a prodigious crowd hungry for holiness:  they are the pilgrims of the Kumbh Mela ' Mircia Eliade, India. The great Kumbh Mela was last held in 2013 in Allahabad, and the next will be in 2025 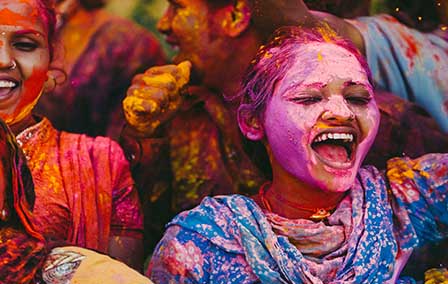 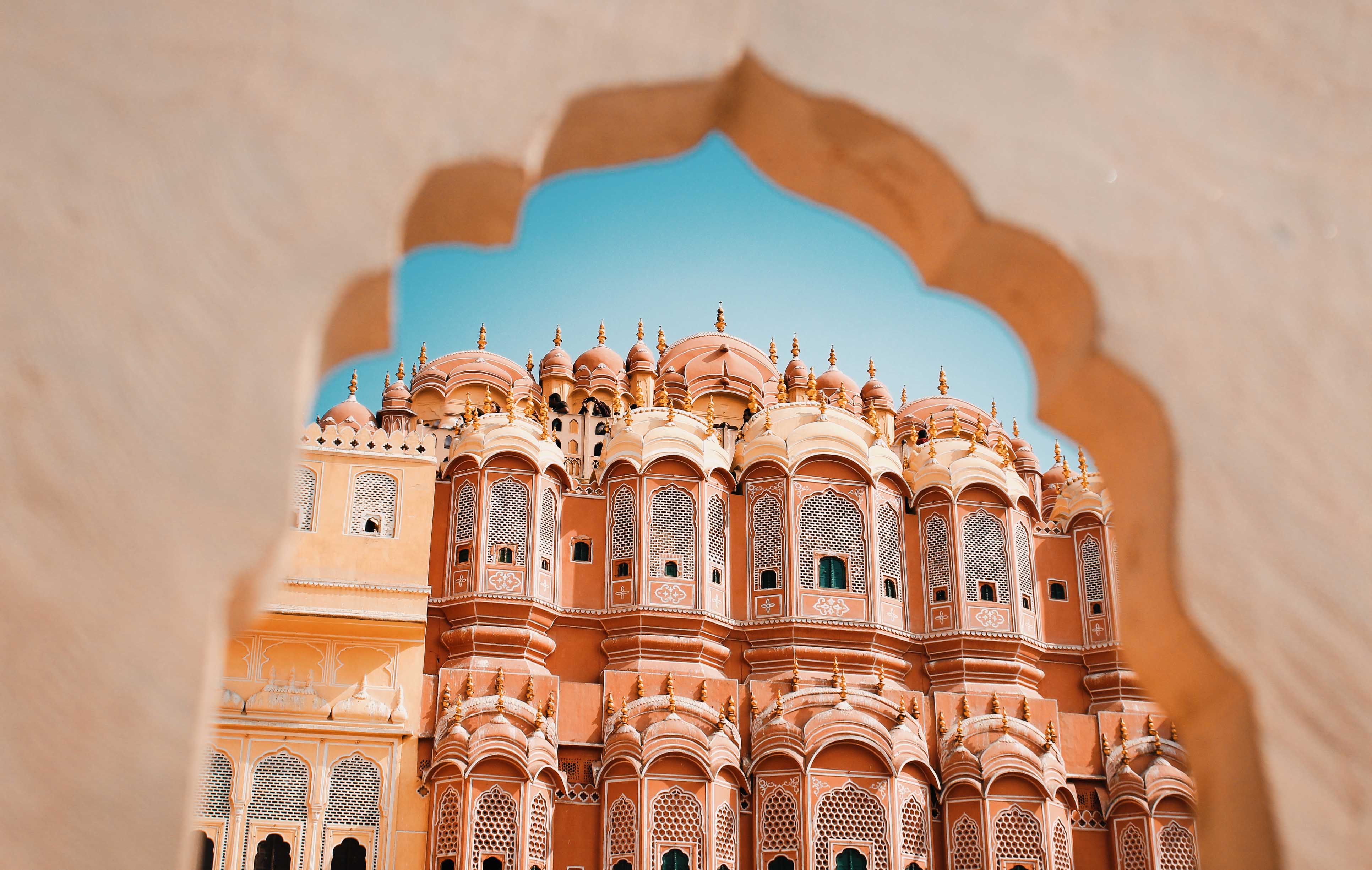