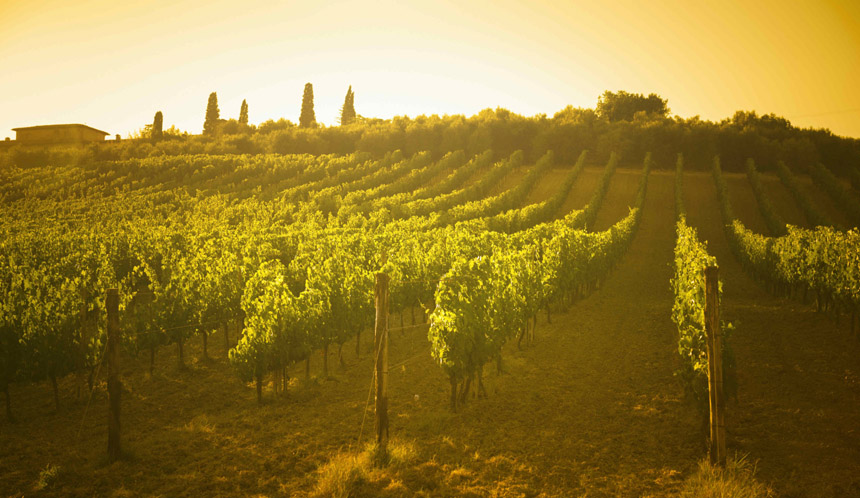 Claudia has just returned from beautiful Tuscany where she's been revelling in the glory of rolling hills, romantic settings and stunning hotels. Not jealous at all. Not even a little...

I've had a hard time explaining to some people that my work involves spending weeks at a time away travelling to some of the most sought after destinations on the planet (well, maybe not that hard). But the sighs and rolling of eyes were noticeably more substantial this time when I mentioned that I'd be heading to the magnificent green pastures of Tuscany, and staying in various castellos dotted around the countryside. Subsequently, I have been culled by a friend or two on Facebook and Twitter for my obnoxious photo posting on various social media platforms.

A tin (wo)man with a plan

More commonly known as the tin man (well, technically woman) of my group, it has shocked and astounded people that I have returned from Tuscany with extensive plans for my wedding day... which is by no means on the horizon. The first stop on my trip was the glorious Castello di Vicarello, an idyllic luxury hotel which is like something from a dream. Hidden away in the depth of some of Tuscany's most spectacular rolling hills, Castello di Vicarello makes Mr Darcy and his pitiful Pemberley Hall pale into insignificance. This small, 7-roomed castle is situated at the top of a throng of lush vineyards that stretch as far as the eye can see. In the midst of these vineyards is a secluded woodland area where guests have the chance to picnic under the stars, by candlelight. Tempted to go on this picnic solo, it was only my sense of deep personal embarrassment that stopped me from marching down to that woodland area with my own assortment of Tuscan pecorino and red wine.

Life is in the detail

After comprehensive chats with the lovely owner, Aurora, about the passion behind the creative renovation of the property and my rather fictitious nuptials, she informed me that I would not need the large lanterns that I had imagined outside (yes, the detailed planning had begun) as the entire property is lit up by fireflies when the sun goes down. Swoon. It wasn't until I returned later on that evening and these treasured glowing beauties lit the way back to my room, where I foolishly struggled with a camera phone to try and capture such a sight; safe to say I have several dark blurred photos to reminisce with.

It's fair to say that I was completely bowled over by the beauty and romance of Tuscany and the stunning Castello Di Vicarello... good job I'll be going back for my (thus far imaginary) wedding!