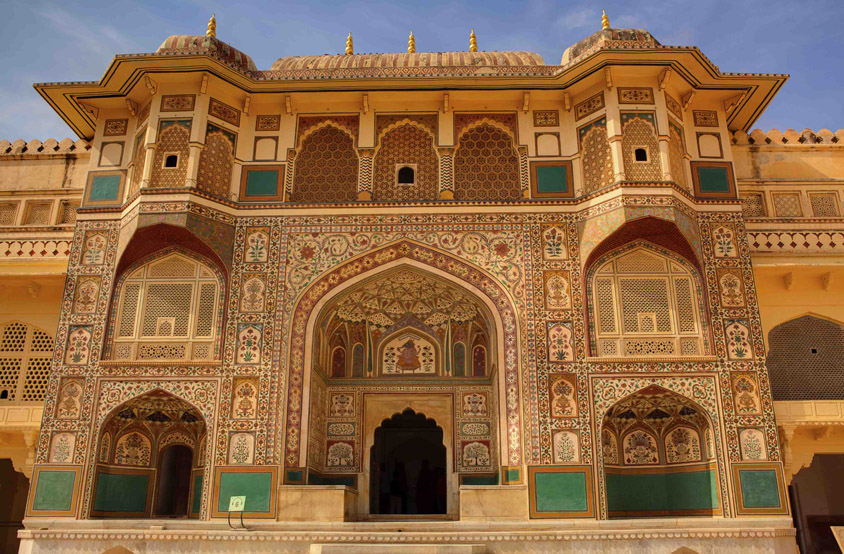 A luxury holiday in Rajasthan isn't complete without a visit to Rawla Narwai, as guest blogger Tony Herbert discovered on his bespoke trip to the region. Here, he explains what makes the 17th century property such a gem.

The hotel was the big discovery of our trip to Rajasthan - although it had been strongly recommended by Asia Expert Miranda at the time of planning. Narlai is no more than a village, and Rawla Narlai was a hunting lodge of the Maharaja of Jodhpur that is still owned by the family and has been very tastefully converted into a hotel with ultra-luxurious rooms. Luckily, it's been done without in any way destroying the peaceful nature of the place.

We met Rana Sahib, a cousin of the royal owner of the hotel who tended to sit somewhat regally in the courtyard drinking his tea. He said that he was our host, rather underlining the rather feudal nature of the place and its relationship to the village and inhabitants.

An insight into village life

Rawla Narlai is a haven of relaxation, and served as a great base for various outings. We were taken round the village by the delightful Lala in his red turban, venturing into houses, watching people make shoes, sewing beads onto material, making bread, looking after babies and preparing for weddings. It was clearly wedding season, with much music and dancing. Everyone was amazingly welcoming and mostly quite relaxed about having their photographs taken.

In the evening, we were taken by royal Jeep to have supper at a nearby ""step well"", essentially a large reservoir with steps leading down into it. It was still about half full; apparently fuller than usual in November because of the surprisingly heavy, and very welcome, monsoon a few months before. They had lit candles on the steps for the evening and about eight of us sat around a log fire wearing our wooly jumpers.

Must see: the Jain Temple

If you want to limit your exposure to temples, the Jain Temple at Ranakpur is the one to go for: fashioned from white marble and supported by 1,440 beautifully carved columns, it really is a spectacle to behold - and a peaceful place, despite the crowds. With, of course, many more monkeys.