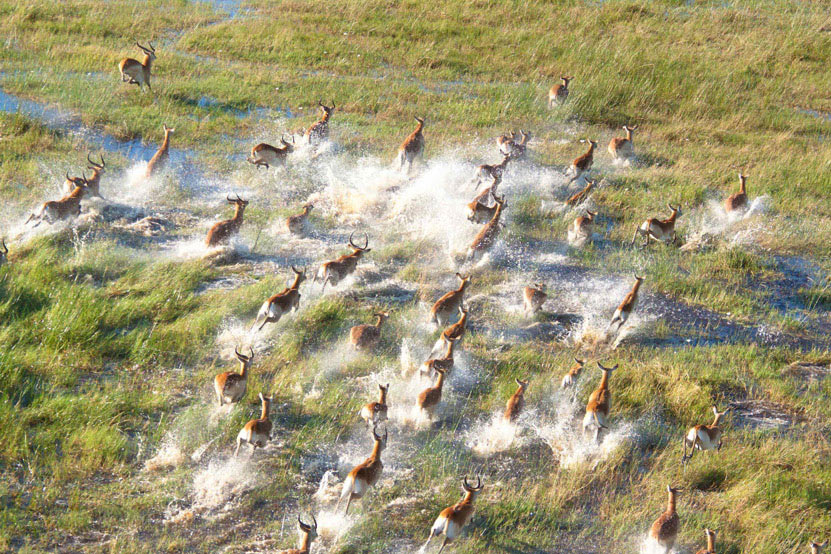 Something that has become abundantly clear this year is that people love the challenge of a good old fashioned quiz. Whether it's a traditional pub quiz, or a virtual get together with friends and family from the comfort of our homes, many of us have been putting our general knowledge to the test. If you're keen to continue the learning, we've got you covered with a super speedy lesson on Botswana's Okavango Delta - a vast inland river delta in the north of the country - so that if the question "what is a delta?" comes up in your next quiz, you'll have all the answers.

What is a Delta?

The official definition of a delta (thank you Google) is wetlands that form as rivers that empty their water and sediment into another body of water. In simpler terms, a river that flows into a lake or sea. However, the Okavango Delta goes against this and spills its water onto open land, flooding a vast savannah area to create an ever-changing inland delta. Named one of the Seven Natural Wonders of Africa, the Okavango Delta is a unique natural phenomenon and a flourishing wildlife habitat home to hawing hippos, mighty elephants and fearsome crocodiles.

How The Okavango Delta Was Formed

Around 60,000 years ago, there was an almighty earthquake (and a number of subsequent tremors that still continue today) which altered the course of Botswana's three major rivers. Two of the rivers, which once flowed into an inland sea, were forced back on themselves causing the inland sea to dry up and be replaced by what we now know as the Makgadikgadi Salt Pans - a rich, dry, salt lake. This newly formed flood of water had no option but to burst, creating the natural wonder that is the inland Okavango Delta. Home to species such as rhinos, leopards, cheetahs, elephants, hippos and antelopes as well as a prime spot for rare bird species such as Pell's fishing owl and African skimmers, the Okavango is a true Eden.

How The Okavango Delta is Changing

The Okavango Delta is changing again, not due to an earthquake this time, but because of climate change and its effect on this fragile ecosystem. In 2019 - the driest year in Botswana in over 40 years - the Delta had all but dried up, making the traditional boating and mokoro canoe safaris almost impossible. But it isn't all doom and gloom. The area is now lending itself to some sensational walking and 4x4 safaris and the wildlife that was once confined to islands, is now free to roam further afield, altering wildlife territories. These changes are important to understand when thinking of an Okavango Delta safari.

Whether you float down the lagoons on a traditional water-based safari, or see the sights from dry land, the Okavango Delta is a bucket-list-worthy safari destination with wildlife to rival anywhere in Africa. 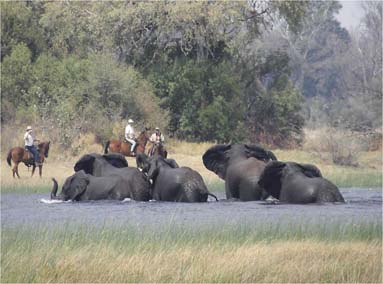 Luxury Camps in the Okavango Delta

Available solely for exclusive use, Linyanti Bush Camp is a[...]