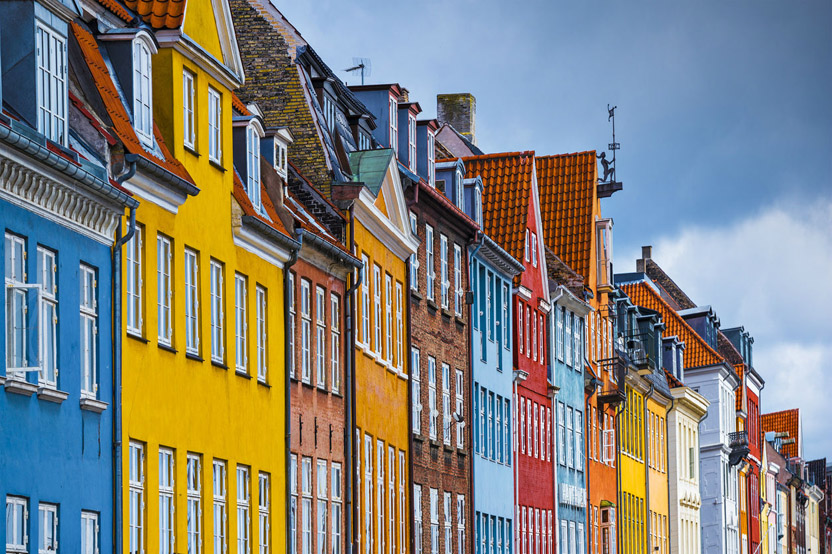 Copenhagen is undoubtedly one of the most eco-minded and creative cities in Northern Europe, and I was delighted by its many and surprising contrasts. It's not an overstatement to say that it offers everything - and the best thing about the city is that all the sights are within mere streets of each other.

Moving around Copenhagen feels like you're constantly stepping into a different era. The docks hark back to the Viking age, when muscled men wore fur and grew beards, huge wooden ships are moored on the water and stone dragons hover over doorways protecting (or trapping) those within.

Whilst I was there, I took both a canal boat and one of these sailing boats, and despite the fact it poured with rain on both journeys, it was a rather fun way of seeing the city. Otherwise, you could always walk or, like true Copenhagener, bike. With nine in 10 Danish adults owning a bike, Copenhagen is among the most bicycle-crazy cities on the planet: just a few streets and it feels like you are in Vameer's Amsterdam, with each narrow house sporting the infamous (steps) synonymous with Dutch architecture. Pedal a bit further and an attractive man with stubble and clad in chunky knitwear will pass and you're standing by an Apple store.

Whilst I was there, I was given the option of doing either the 'classical' or the 'bohemian' tour of the city. Having never been, I opted for the classical, which included everything from the wonderful 17th-century astronomical observatory, the 'Round Tower', the royal family's current residence Amalienbourg, and of course, Hans Christen Andersen's infamous little mermaid.

But it's not all about tradition; the bohemians headed to Radhuspladsen and the pedestrianised Stroget shopping street, where you'll find everything from H&M to top Danish über-trend labels Bruuns Bazaar and Malene Birger. South, across the Knippelsbro bridge, you'll find Christiania, a former military based colonised by hippies in the early 1970s and still a partially self-governing 'free city' full of vegetarian restaurants and cooperative shops. Groovy 'Pusher Street' was once the home of hash dealers.

With more gourmet restaurants than the rest of Scandinavia put together, Copenhagen is also a complete paradise for foodies. The latest stellar attraction is the double-Michelin-starred Noma - but for something more quintessentially Danish, try the smorrebrod (open sandwiches) at Ida Davidson. With over 200 varieties, you are bound to find at least one that you like.

Even the hotels go from one extreme to the other; The Fox Hotel's wildly eccentric (albeit pint-size) rooms are the brainchildren of Volkswagen's collaboration with 21 graphic designers, illustrators, and graffiti artists.

Christmas cheer is a common misconception, and I think I can safely (if horribly cynically) say this particular season fills most with more dread than joy. What with the extortionate shopping expeditions, cold weather, and unbelievably awkward family gatherings, you can sort of see why...

So this year, why not try and enjoy the one season you're truly instructed to, and head to the sparkling, glittering and completely magical Christmas market in Copenhagen's Tivoli Gardens. Every year, the capital's famous (and famously romantic) 19th-century gardens are transformed into a twinkling lighting - spectacular as a shopping experience. The market first opened in 1994, and then, in 1997, Tiffany's chief designer John Loring stepped in to design the lighting - and boy did he 'bling it up'. Around nine miles of lights sparkle and thread their way around the lake, the park's willow trees, 1,100 Christmas trees, fairground rides and buildings, including the Glass Hall, Pagoda and Concert Hall. Hand painted stalls selling everything from chunky knitwear to silver jewellery line the pathways and Father Christmas pops in on a daily basis. There is a even a 'Pixie Ville' with 136 mechanical pixies.

Other specialities include Aebleskiver, traditional Danish apple slices, usually dusted with powdered sugar and served with Glogg, a potent combination of hot red wine, aquavit, cinnamon, cloves, and shaved almonds. Invariably, the historic setting lends itself well, and the whole place exudes the sort of Christmas excitement that, if you are over the age of 20, you probably haven't felt since the end of the last Christmas Term at school. Because, of course, it's easy to forget that there was reason you got that excited: Christmas is epic!

Confession alert: I wish I was Danish. Having just returned from the land of blondes[...] 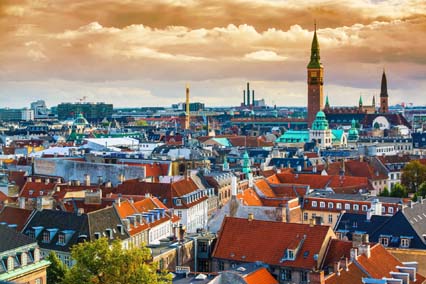 With the third and final series of The Killing set to hit screens this weekend, all[...]