A week in: Cambodia 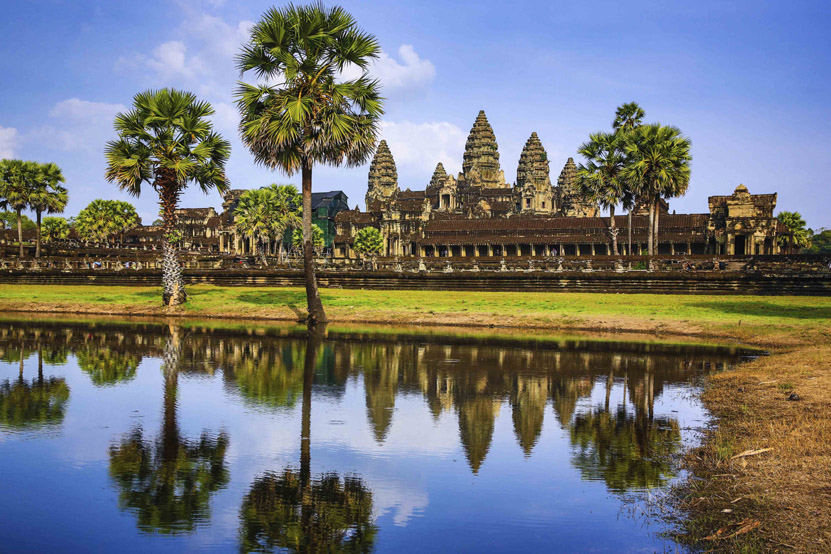 Once merely a tourist thoroughfare for those keen to tick off the spectacle that is Angkor Wat, Cambodia is now home to a private island resort that's been likened to the Maldives pre-tourist boom and has made the country's coast a luxury holiday go-to. Discover how we'd spend a week* in this hot list regular...

*We'd really like to go for longer than a week, if we're honest. But for the sake of the itinerary...

Go: during the period between November and February for the best weather (it's pleasant but cool enough for sightseeing and dry, too).

Wake at the traditional 1920s Raffles Le Royal in the knowledge that your chariot awaits: a designated driver will whisk you around Phnom Penh's sights in a Cyclo (an original Phnom Penh mode of transport a little like a tuk tuk).

Head to the Royal Palace first: you'll see a collection of buddhas fashioned from gold, silver, crystal and bronze. Then, follow up with the National Museum, which contains a cornucopia of archaeological and religious artifacts - as well as a resident bat population hiding out in the roof!

For lunch, the locals are most likely to recommend you try Malis for authentic Khmer cuisine. If you're new to Cambodian food, try amok trey - curried fish in coconut milk wrapped in banana leaves and steamed, and cha knyey, a spicy chicken stir-fry - by means of introduction.

Come afternoon, make a trip to the Tuol Sleng Museum of Genocide to get an insight into Cambodia's dark past - it's housed in a former school that was taken over by the Khmer Rouge and used as its main detention and torture centre - followed by a visit to Choeung Ek's Killing Fields. If you're not familiar with the history, read up before you go - we recommend River of Time by journalist Jon Swain or Survival in the Killing Fields by Haing S. Ngor, both of which provide a moving insight into the context.

A tip from our resident Cambodia expert Rosie: 'A visit to the Phnom Penh markets is a must, as they offer an opportunity to be acquainted with the country's local produce, and also to buy textiles, antiques and jewellery.' So if shopping's on you agenda, make a pitstop at Bantey Srey opposite Central Market - it looks a little lacklustre from the outside, but it houses an impressive selection of silk that beats the quality found in China and Vietnam hands down.

After sunset, turn your attention to the challenge of locating the ultimate cocktail. Raffles' famous Elephant Bar is a classic, as is the Foreign Correspondent's Club - one of the coolest bars in the city that has been the hangout of diplomats and journalists since 1993.

The transfer from Phnom Penh to Sihanoukville sounds lengthy (three hours by road) and a little centrifugal force-like, but the end goal - Song Saa Private Island - is just a Bond-style speedboat transfer away from this coastal town, and, as far as a big reveal goes, is unbeatable.

Song Saa is one of the most talked about luxury hotels the world over, and for good reason: it's untouched, dedicated to protecting the environment around it, and is home to some pretty impressive marine life (not many can claim they've seen a dugong in the wild, after all). Our advice? The heady mix of leafy emerald rainforest, pristine beaches and sharp-as-anything service makes it a no-brainer - so spend as long an amount of time here as you can spare.

With a quick hop and a jump (read: flight from Sihanoukville) you'll be in Siem Reap. Until recently (read: until Song Saa's opening in 2010), Siem Reap and it's workhorse of a landmark, Angkor Wat, was the only reason most travellers visited Cambodia at all.

Of course, despite the huge tourist interest, Siem Reap is still worth visiting (leave three days, ideally) and there are a wealth of impressive places to stay (our favourites being the Amansara and La Residence d'Angkor).

Late afternoon or early evening is a great time to explore downtown: there's a strange thrill in discovering 'Pub Street', home to an array of (you guessed it) drinking establishments.

We know it's a holiday, but trust us: today is one of those rare days you'll be pleased you set your alarm for 5am. The best way of seeing the 70 (!) temples that make up Angkor Wat is ideally without the swathes of bumbag-sporting tourists and backpackers, which means doing that whole 'rise and shine' thing at a thoroughly ungodly hour. Hotels like the Amansara handily lay on a double breakfast - one for early risers, and one for the early risers to refuel afterwards - which makes the whole dawn wake-up call thing slighlty more palatable.

There are so many ways of seeing Angkor Wat - the 12th century temple complex built during the reign of King Suryavarman II - and we'll arrange the most unique experiences: think a cow cart ride, a private blessing ceremon with Buddhist monks or an elephant ride around Bayon temple.

Another otherworldly way to while an afternoon away is a boat ride along Tonlé Sap Lake. Board a local boat and visit the floating villages of Kampong Kleang or Kampong Phluk - rarely do tourists venture this far, into the mangrove forests and waterways, which is what makes it such a peaceful sliher of insight into the country's culture.

An extra OT tip? Have lunch at a local villager's house. With its French colonial history, food is a big deal in Cambodia but all of the best meals are local - don't miss Amok fish cooked in coconut milk and spices. 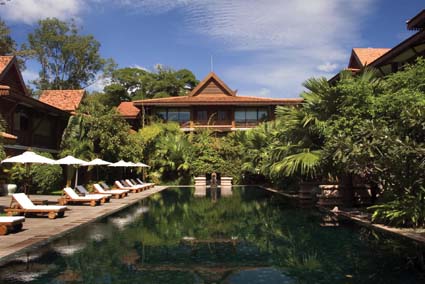 Amansara This secluded enclave was built in the 1960s as the guest villa of King Sihanouk[...] 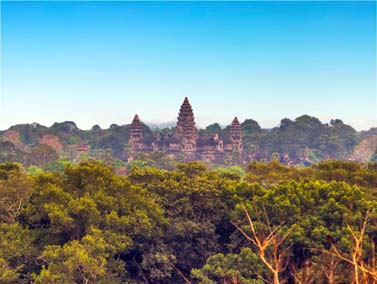 In case you missed my last blog on Cambodia, I basically poured my heart out about[...] 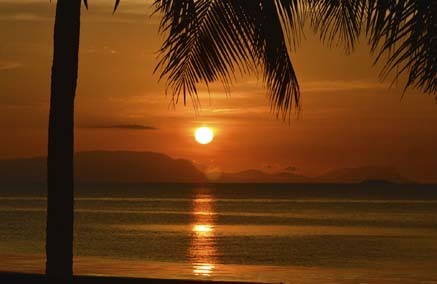 Having been lucky enough to travel the world extensively and develop a strong sense of wanderlust[...]