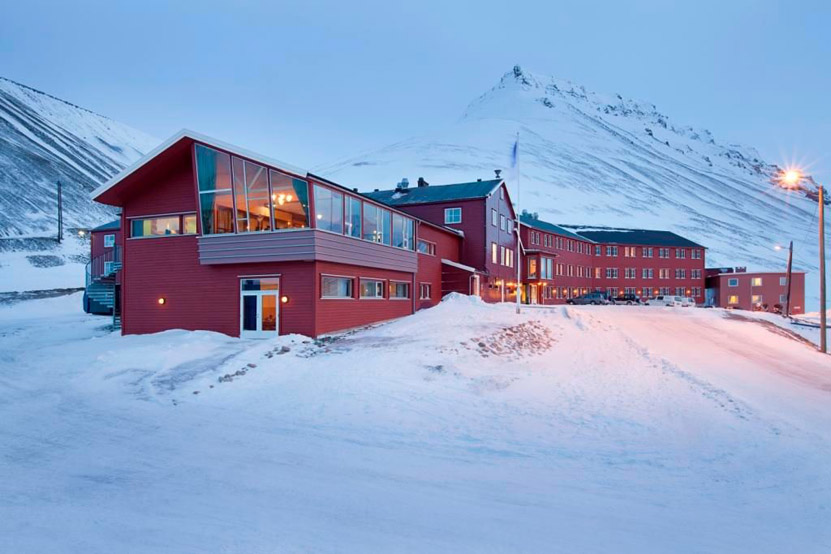 Overlooking the small town of Longyearbyen, the Spitsbergen Hotel has its historical roots as the headquarters and officers' mess for the early coal mining company that operated on Svalbard in the 1940s.

Now fully refurbished and modernised, the hotel retains the character and feel of a gentlemen's club, with its library, fireplace and billiard table ideal for drinking whiskey and plotting Arctic explorations.

The rooms and corridors are decorated with historic photographs, old maps and newspaper clippings. Facilities include a sauna and a cosy bar.

The hotel's Funktionærmessen restaurant is the best in town, with views to match.

The Radisson Blu Polar Hotel, once of Lillehammer (see the Original Thinking), is now Svalbard's premier hotel, and the most northerly full-service hotel in the world. The rooms offer a level of comfort similar to what you might expect on mainland Europe.

There are 95 rooms, including 27 Junior Suites (ideal for families) and a solitary Superior Suite, all with en suite bathrooms and wifi access.

Facilities include a good restaurant that serves international dishes and Arctic specialities such as seal, ptarmigan, char and reindeer, with panoramic views of the nearby fjords and mountains. There is also a sauna, and a pub that will serve you the northernmost pint in the world.

The Radisson Blu Polar Hotel was originally Team America's home for the Lillehammer Olympics in 1994, dismantled and brought, lock stock and barrel to Spitsbergen.

A different style of hotel entirely from the Radisson and Spitsbergen hotels, the Basecamp Hotel (formerly the Trapper's Hotel) is a more traditional style lodge in the heart of Longyearbyen.

The shabby chic theme pervades across the hotel, with polar bear skin wall hangings and the 16 rooms (including two suites) all decked out with driftwood, sealskin and slate. Basically, if you're a gold tap sort of chap (or lady), this might not be the place for you. Each room has a private bathroom and wi-fi, and both double and triple rooms are available, with great views either over the town or the mountains beyond.

Keeping to the rustic roots, there are no TVs in the rooms but for those craving contact with the outside world, the Cognac Loft has a big screen. There is also a lobby filled with arctic themed books.

Svalbard is one of the best places to see the Northern Lights, and the Cognac Loft has large windows in the ceiling so guests can always be on the lookout, even when sipping an after supper cognac.

A stylish hotel housed in a historical building that was once used as an accommodation for workers at the nearby mine, Funken Lodge offers the perfect blend of old-world character and new-age comforts. This luxury property, located in the town of Longyearbyen in Norway's Svalbard archipelago, boasts magnificent views and a warm atmosphere that will make you feel at home here in the Arctic.

There are 88 rooms in total at the hotel, including four suites. All rooms come with comfortable beds, coffee making facilities and cosy bathrobes. Larger rooms and suites also have seating areas and most rooms have views of the Lars and Longyear Glaciers.

Designed to include may of the building's original features, there are old photographs and maps from the property's past displayed throughout the hotel and its cosy communal areas. Snuggle up by a roaring fire, borrow a book from the library filled with Polar literature and sip cocktails at the Funken Bar.

After a day spent exploring the sublime surroundings, fill up on local delicacies at the Funktionaermessen Restaurant. Begin your days with a tasty buffet breakfast and, come evening, feast on the five-course dinner complete with wonderful wines and indulgent deserts.

Wonderfully cosy, the hotel not only has a roaring fire to snuggle up beside but also a library filled with books to browse. 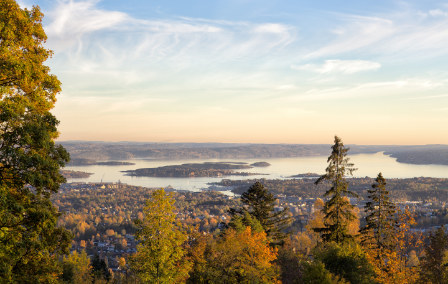 For a fairly compact city, the Norwegian capital certainly packs a punch and its pocket-sized[...] 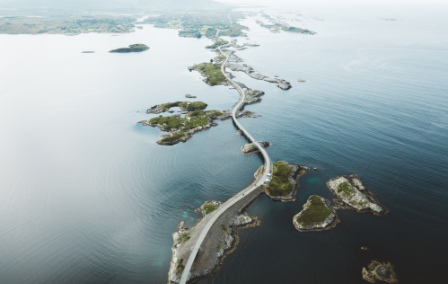 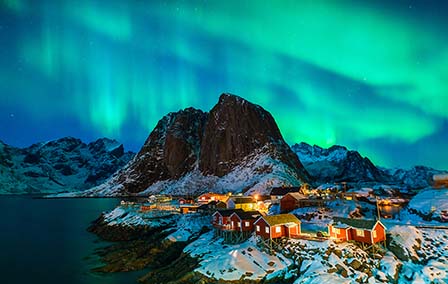