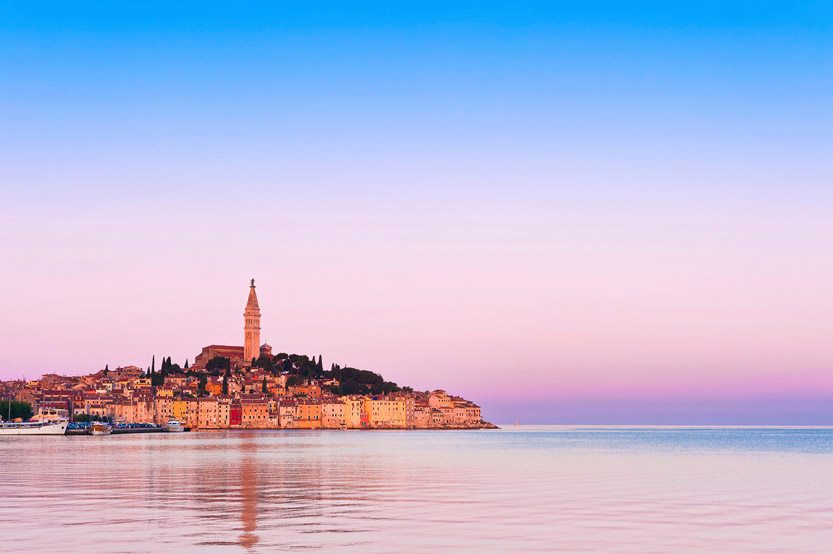 Been considering jetting off on a luxury holiday to Croatia? Well, half of me wants to keep this secret to myself - while the other half is so chuffed to have made the discovery that it wants to show off.

I'm in a tricky situation. You see, I recently went on holiday to a picturesque fishing village on the coast with the clearest sea imaginable, where the people are friendly, local wine isn't just drinkable but actually good, and there isn't one single British accent to be heard. Half of me wants to keep this secret to myself while the other half is so chuffed to have made the discovery that it wants to show off.

Rich in history and culture..

The place is Rovinj, in the northern part of Croatia called Istria. The region has a rich history which saw it being ruled by the Republic of Venice for over 500 years. The Italian influence is still present in everything from architecture to food. In fact, most locals are bilingual and there is a daily ferry connecting Rovinj to Venice. Rovinj Old Town is a charming place - a mini-Dubrovnik one might say - with cobbled streets of polished stone leading up to the beautiful St Euphimia's Basilica from where you can see Venice on a clear day. These streets are dotted with vendors selling everything from jewellery and leather to figs and grappa. There are tiny cafes, inviting restaurants and an overwhelming sense of authenticity. It's the kind of place where life slows down and after an hour of wandering around you feel as if you know the place like the back of your hand.

Everything you need for a great holiday..

The beaches are pebbly, but there are plenty of sun beds for hire, and the sea is so salty and clear that you can just float in it, watching fancy yachts go by and the sun set behind the turquoise horizon. There are plenty of beaches a short walk from the Old Town - the best ones being along Zlatni Forest Park, not far from Monte Mulini Hotel. A 15 minute boat ride away is Red Island, which has a handful of restaurants and a hotel on it, as well as some secluded spots for sun bathing and sundowners.

As for that other, super important factor to a successful holiday, good food - well, there is plenty. The seafood is outstanding, with even the smallest, cheapest local Konoba serving up the freshest octopus, mussels and langoustines. Because of Rovinj's Italian heritage, they know how to cook an al dente pasta and make a thin crust pizza. For carnivores, there's a local specialty called prsut - a type of prosciutto with a distinctive, salty taste. For a touch of fancy, pretty much everything can be garnished with truffles, as it's sourced locally and there's plenty to go around.

Istria is still off radar, so the best way to get there is to fly to Pula (unfortunately only with Ryanair, from London Stansted at 7am) - but it's a small price to pay for finding yourself in a wonderfully undiscovered corner of Europe where it's so easy to completely unwind. There is a Russian saying, which translates roughly to 'Now we have eaten, we sleep; now we have slept, we eat'. Rovinj makes it very easy to do just that - and with swimming breaks in between.