Top 10 Most Beautiful Parks in the American West 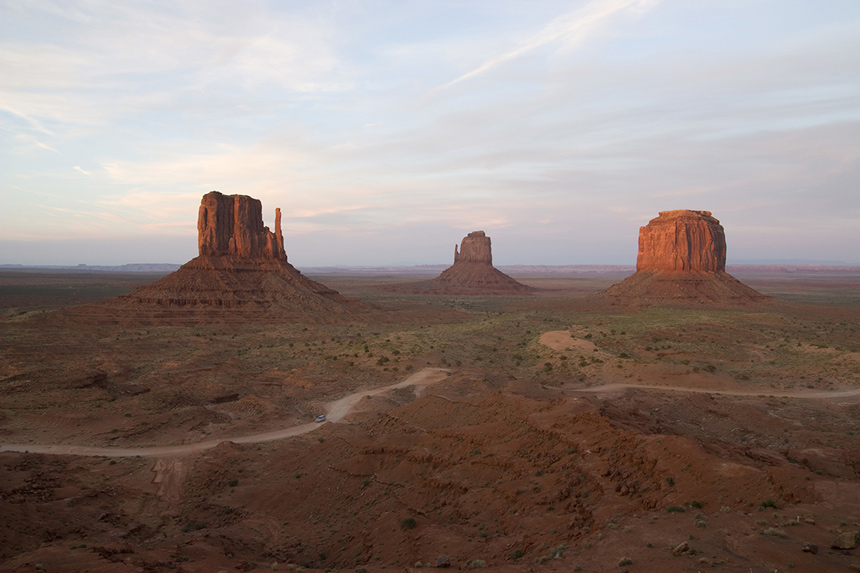 Our selection of the 10 most beautiful National Park of the west American coast.

Bryce Canyon is one of Utah's five natural wonders and a real favourite among travellers, who flock to see its labyrinthine hoodoos rock formations, which look like giant red chimneys erupting from the arid ground below.

Must Do: tiptoe through the rocky peaks at Sunset Point for amazing panoramic views. 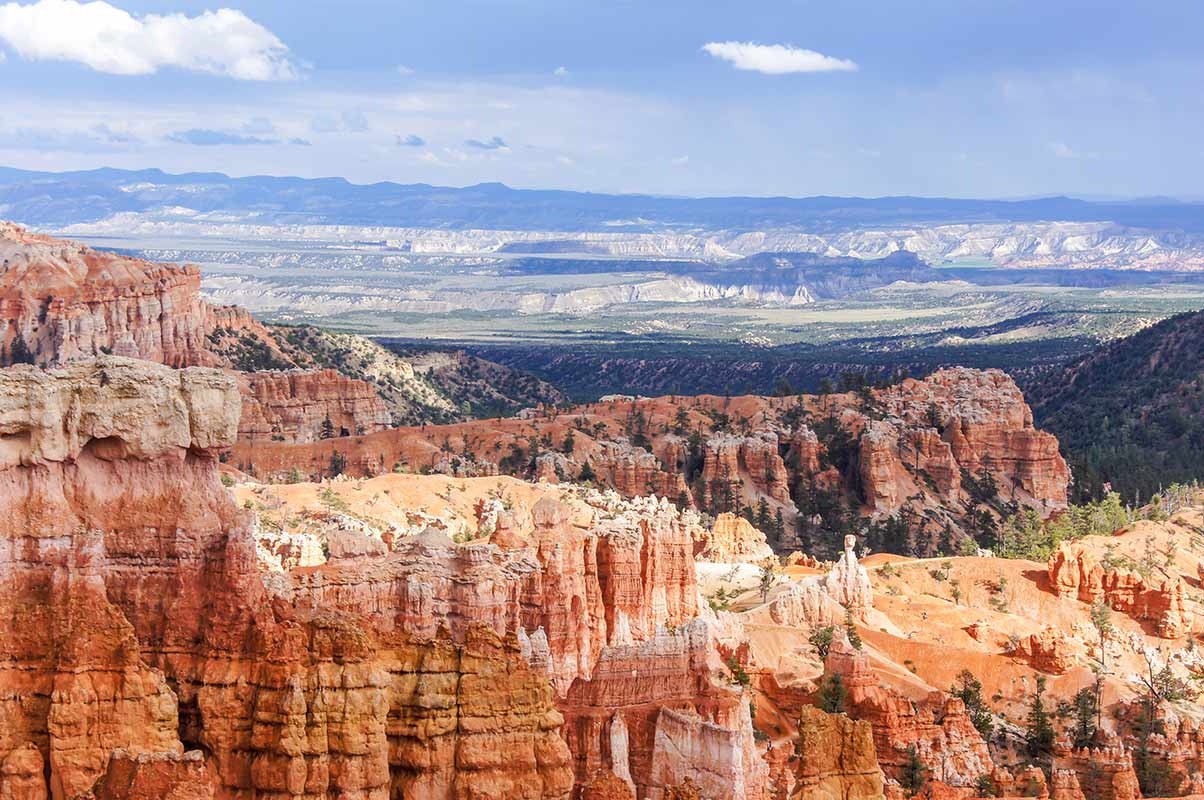 Renowned for its sweeping canyons and rich wildlife, Zion is a surprisingly verdant park with imposing mountains, dizzying sandstone walls, orange-red domes and arches pointing to the sky. The Virgin River and its tributaries, which run through the park, add dramatic waterfalls and pools to the mix.

Must Do: in peak season (summer) the Scenic Drive Canyon is closed to private cars, but there is a shuttle bus which is well worth it. 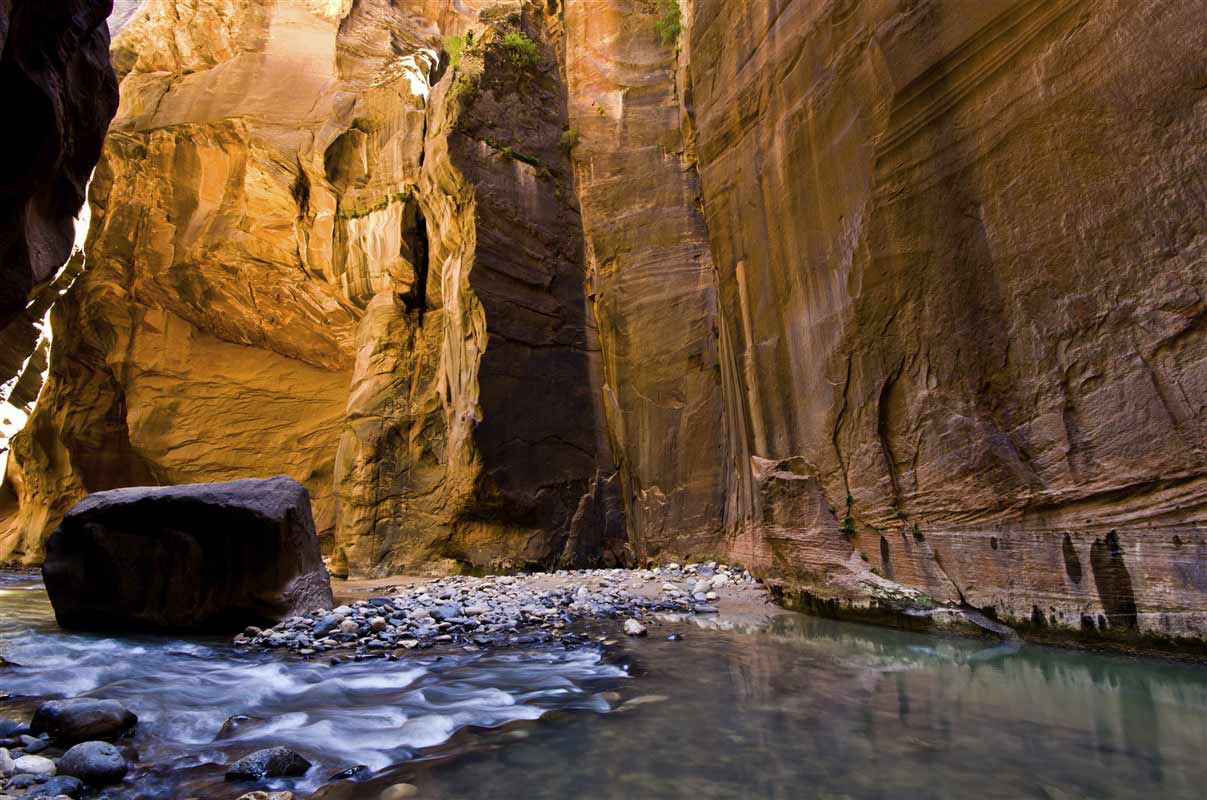 Canyonlands features some of the most beautiful landscapes of the American West: colourful canyons, arches, buttes and mesas, which have all been carved out over time by the Colorado River, as well as some of the best examples of native American rock art in the States.

Must Do: gaze at the sunrise behind Mesa Arch, beside the canyon.

The American West often conjures images of old spaghetti western movies with cowboys galloping across blood-orange plateaus in the shadow of vast buttes which loom large in the background. They’re images that come from Monument Valley, the quintessential region of the American West.

Must Do: Do a guided riding tour a 4x4 tour in Monument Valley so that you can get up close and personal with some of its iconic sites, usually forbidden to the average tourist.

In the heart of the Sierra Nevada, Yosemite is one of the most visited national parks in the region, and even in the whole country. Little wonder given its jaw-dropping scenery, from thundering waterfalls to wildflower meadows, and giant sequoias to spectacular granite domes. Not to mention lakes, rivers, and hundreds of animal species including the brown bear, which is the park emblem.

Must do: escape the summer crowds and explore the park during spring, when the falls reach their peak flow.

Grand may be in the name but words can’t really do justice to the sheer magnitude and scale of the Grand Canyon; it’s over 18 miles wide, over 270 miles long and nearly a mile deep. Its seemingly supernatural peaks, which stretch all along the Colorado River, have made it one of the most famous sites in the American West, if not the world.

Must Do: A helicopter flight is the best way to see the Grand Canyon in all its glory.

Yellowstone was made the first national park in the US back in 1872 and, despite now being one of 62, it’s still one of the most impressive. The park is home to more than 10,000 geothermal features, including half the world’s total number of geysers (500), as well as fumaroles, lava flows and hot springs. That’s before we’ve even mentioned the fauna; bison, black bears, coyotes and elk, to name but a few.

Must Do:  in the early morning, be on the lookout for Yellowstone grey wolves, which were reintroduced to the park in the 1990s. Nowadays, they mainly live in the north-eastern side of the park, especially in the Lamar Valley.

With an average summer temperature of 50°C and some of the hottest temperatures ever recorded to its name, Death Valley is the hottest place on earth. In addition to the huge expanse of the Mojave Desert, Death Valley is also home to imposing sand dunes, deep canyons, eerie ghost towns and even the lowest point in North America: Badwater.

Must do: head to Zabriskie Point, along the CA190, and marvel at the unreal spectacle of the sunrise or sunset.

With approximately 2,000 red, orange and white sandstone arches, which have served as backdrops for countless Hollywood films, Arches National Park is one of the most iconic in the American West. In addition to its remarkable arches, the park is home to natural curiosities such as Park Avenue with its New York skyscraper-esque cliffs and the Petrified Dunes - ancient fossilised dunes.

Must Do: explore Fiery Furnace, an isolated and almost inaccessible area of the park, where visitor numbers are severely restricted in order to preserve the site (that’s where we come in). 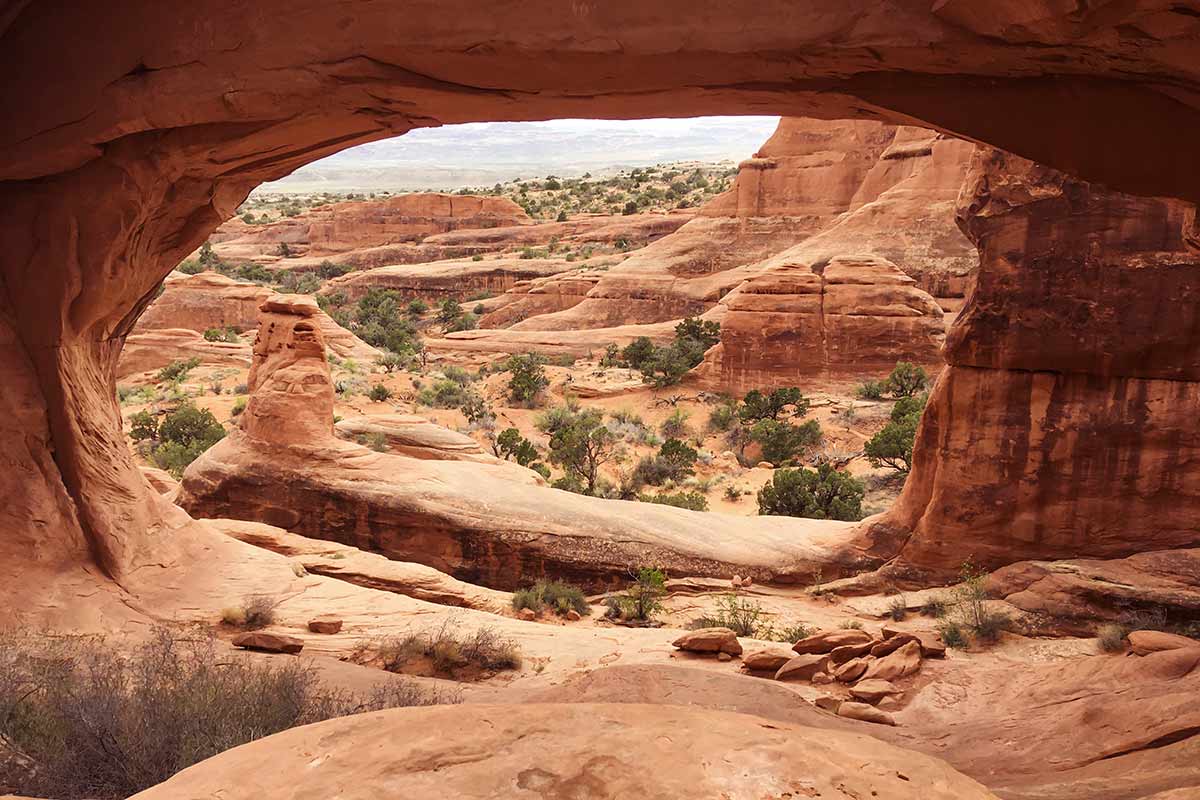 Less popular than its famous neighbours, the Capitol Reef Park is a real hidden gem. So hidden, in fact, that some of its sites can be hard to reach. The most astonishing thing about this park though is undoubtedly the contrast between the green oasis that surrounds the Fremont River and the vast desert areas, dominated by imposing stone cathedrals.

Must Do: If you’re feeling very adventurous, hike up to the Strike Valley Overlook to enjoy stunning panoramas across the Waterpocket Fold, a vast geological fold that extends nearly 100 miles. (835) 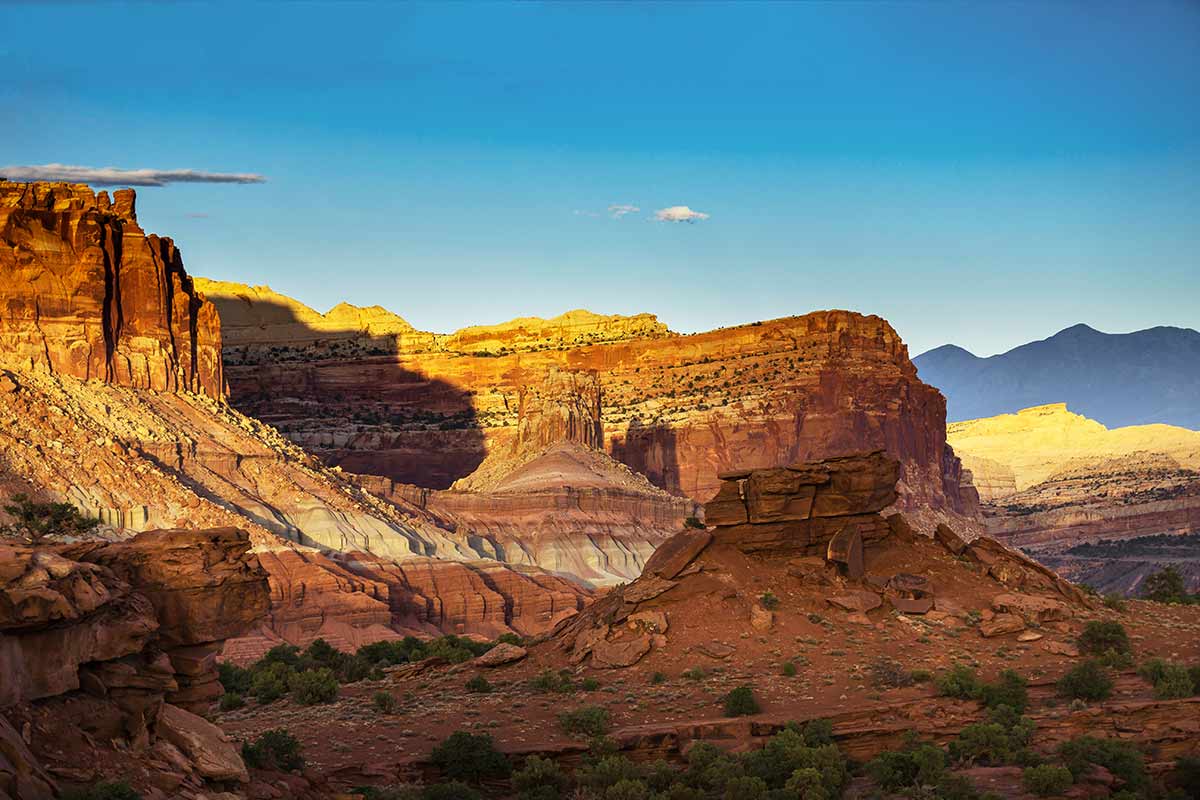