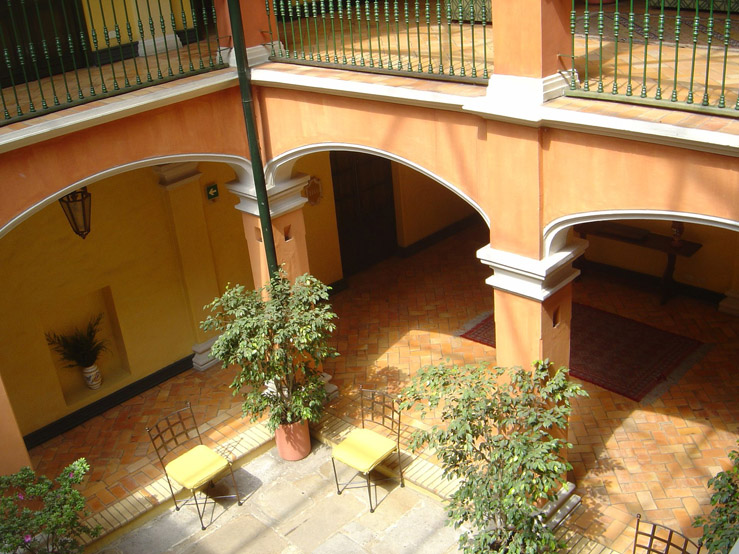 The hotel has an excellent location in the heart of Bogotá's historical and cultural centre, adjacent to the Colón Theatre and just two blocks from the Plaza Bolívar and the cathedral.

Now restored to their former glory, the houses contain guestrooms located around internal courtyards with fountains, with the thick walls helping to block out any noise from the cobble-stone streets.

Facilities include free wireless internet access and a small spa with an indoor pool and a variety of treatments and massages to choose from.

The restaurant serves good Italian food with a view over the domes and the bell towers of the neighbourhood, and breakfast is served in one of the courtyards.

The hotel provides stunning views of the red tiled rooftops and church spires of the city from the restaurant, the piano bar and the spa area.

The hotel's two converted colonial-era houses were once used by the personal guards of Simón Bolívar, whose presidential residence was located across the street.

In an upmarket area in the north of the city, this hotel is a good bet for fans of the Sofitel chain and its reliable service and facilities.

The rooms are well-equipped, modern and spacious and although a little corporate, the hotel is slick, and being close to the city's main financial and business districts, has a great range of restaurants and upmarket boutiques nearby.

A ground floor gym and Jacuzzi are among the facilities available at the hotel, which also include a roman-style heated pool, sauna, and massages on request.

The hotel's restaurant, Basilic, serves refined French cuisine and fusion dishes from around the world which can be eaten on the covered deck at the front of the hotel as well as in the restaurant.

The pretty flower-filled Leon de Greiff park, named after a 20th century poet and national hero, is only a block away. 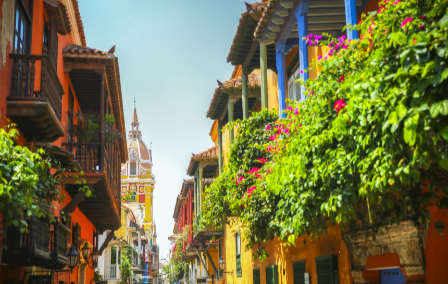 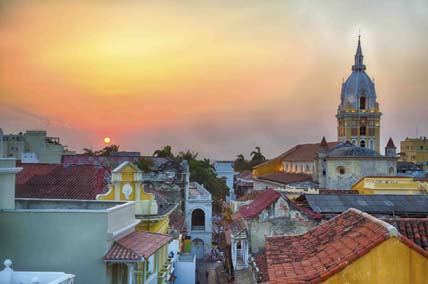 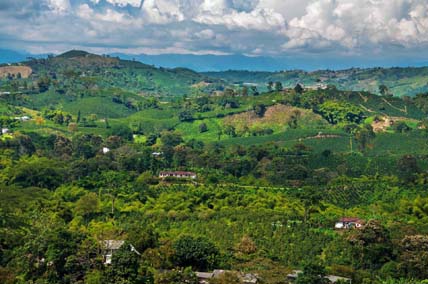