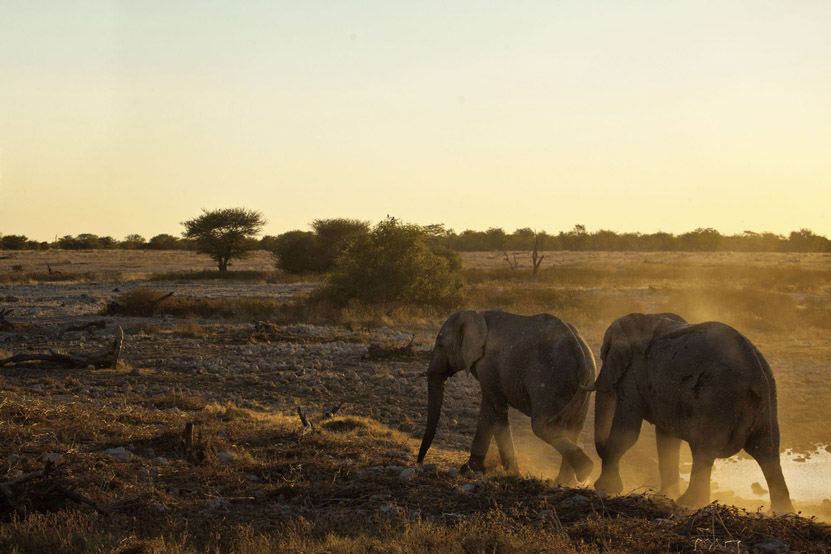 The first in a series of blogs where we get the inside track on African safari holidays from the guides and experts on the ground. Through a Q&A with Original Travel, Grant Cumings from Chiawa Camp in Zambia shares his experience and knowledge...

What is the oddest moment you've ever experienced on safari?

That's a tough one - nothing surprises me in the bush anymore - the accolade must surely go to a human rather than an animal though, and one incident comes immediately to mind. We (a lovely 3-generation family and I) were on a game drive watching a pride of lions snoozing contentedly in the shade as they are inclined to do when very suddenly the lions jumped up, ears back and started noisily growling at us. Hmmm... I looked back and saw that Grandpa was in the process of climbing out to answer a call of nature! Really, who does that in front of a lion pride? Fortunately he responded quickly to my words ""encouraging"" him to return to his seat. One of his grandson's responded to the incident ""Awww Grandpa, why do you always embarrass us?"". Grandpa's answer... ""When a man's gotta go, a man's gotta go!"". I wonder if he realises how close he actually came to ""going"", permanently?

Your scariest moment while on safari... and how do you stay safe on safari?

I was returning from a walk with a very game but aged couple, one of whom could hardly walk so, deliberately keeping it tame, we were in open ground in close sight of our vehicle which was on a ridge above us. Suddenly from behind the ridge and from beyond our view a stampeding herd of elephants thundered past the vehicle and down towards us... what to do? With only a half-decent-sized termite mound near enough for cover I directed the Mrs. to get herself there pronto whilst I hoisted up Mr. in my left arm, rifle in right arm pointed at the elephants. We got behind the termite mound just as the elephants got to us and which fortunately swerved around the mound (& us) heading onwards towards the Zambezi. Not sure what caused the stampede in the first place, perhaps human activity to our north but nevertheless this was one of my closest escapes - aside from me being bumped out of a boat right into a crocodile filled channel in the Zambezi and having to swim like heck in full kit (was returning from a walk) - the fact that I am writing this means I escaped but to this day I do not know how. Thanks surely due to my school water polo coach though, and the good grace of the Creator!

How to stay safe - go with the best guides you can find, in operations with reliable equipment. Human and mechanical failure are the biggest contributors to dangerous situations - animals generally become dangerous when responding to incompetent (or very unlucky) humans. Use common sense and don't be afraid to speak out if you are not comfortable with a situation as some (bad) guides will allow their egos or lack of ability to test the law of natural selection, and your self-control, to its limit.

If you couldn't be a safari guide at Chiawa Camp where would you go?

I guess a short spell at Mombo Camp on Chief's Island in Botswana, which is famous for its wildlife sightings, or in one of South Africa's top private reserves, wouldn't go amiss.

Is there anything that you haven't seen/experienced on a safari that you'd like to?

Gorongosa (although at the moment it's not the best place to travel - watch this space), Serengeti, ""the Gorillas"" all come to mind. Maybe the Pantanal and Amazon. Plus a trip to Alaska or Russia's Kamchatka Peninsula - these are huge, rich and intact wildernesses that in some ways put the small remaining pockets of Africa's wildlife areas to shame.

Which safari animal fascinates you most and why?

Although common, elephants are the most interesting to me due to their behaviour. Their social interaction, how they respond to our own presence (this differs individual to individual, and if they are visiting us in camp or if we are visiting them in the field), the way they walk so ponderously yet with incredible grace and as if carrying the weight of the world on their shoulders... my rich experiences with them over 27 years of professional guiding are countless. For instance they show care and envy; Care - one incident I recall involved seeing an elephant calf being swept down the Zambezi in a strong current with its family running alongside it, trumpeting and screaming in panic. Fortunately the calf got into an eddy and then returned to the herd where it got a telling off and much affection, very human like behaviour from the herd. Selfishness - I recall seeing a big elephant bull pull a branch from a tree, full of seed pods, which he placed next to himself as if to save it for later whilst he carried on feeding on the branches above. Two younger bulls came along and made to feed on the branch lying on the ground, so the big bull gave them a flap of his ears to no avail, so he then picked up the branch and moved off to another shady spot where he could eat his treat, alone and not have to share. Again, very human-like.

Wildlife: Too many to mention but one includes watching a leopard sitting on a branch of a tree over a deep gully, silhouetted by a full moon whilst a small herd of elephants passed under and completely oblivious to her presence, on the way for a night time drink. Magical.

Guests: Meeting my wife (then a guest) on safari; being in the presence of guests getting engaged on safari; showing them their first elephant/leopard/impala/anything on safari, helping cure a guest of terrible fear of elephants ... again, too many to mention.

Top tip for a newbie safari-goer

Try not to expect too much, safari isn't (usually) like it is on tv, travel with an open mind and open heart.

Top tip for an old schooler

You never know it all, there are exceptions to all the rules you think you know, keep on learning, studying, consulting with other guides - and never, ever presume things are ok because at anytime anything can happen anywhere.

Conservation and truth - where the safari business is generally taking better care of the wildlife and habitat it relies upon, and where camps/lodges that are more about the experience/guiding/wildlife and less about glitz are increasingly the places to be - these two trends are positive news for the industry.

Although its sensational walking capabilities, opportunities for sleeping under the[...] 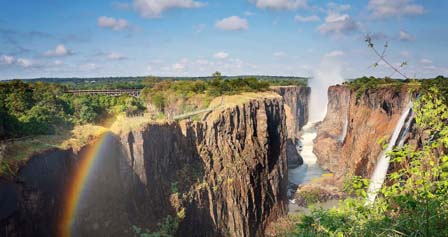 Safari Camps in The South Luangwa

With stunning views over the Luangwa River and the Chindeni Hills beyond[...]