American Tours: The Land of Dreams 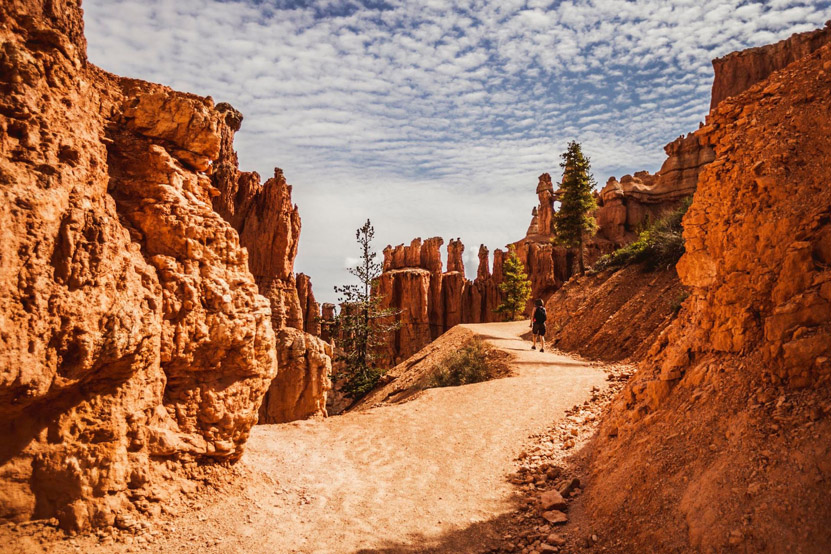 My love affair with America continues. I've just returned from one of our American tours around the Land of Dreams, having spent the last two weeks hopping from coast to coast (as well as stopping off in the middle), all in the name of research. I had an awesome time - and I love how Americans say aaawesome.

Here's my guide to tailor made travel around the USA...

The adventure started in California, with a night in the ever-fabulous San Francisco before driving two hours south to Pebble Beach, nestled just at the top of Big Sur. All golfers out there will at this point start getting hot under the collar, but not being a golfer myself I got stuck in at the spa, kayaked in Stillwater cove, hiked Point Lobos and browsed several of cutesy Carmel's 110 art galleries. Then, I caved in and took a golf lesson. Although I am not destined to be the next Tiger Woods, it gives me pleasure to say that I hit my first golf ball at Spyglass. I may even continue working on my swing back at home.

The great thing about Pebble Beach Resort is that it can be used as a base for exploring Monterey Peninsula, and its setting along the dramatic Central Californian coastline is simply breathtaking. It is also home to the 17 Mile Drive, considered to be one of the most iconic roads in the world.

Food and art in Miami

Next stop was Miami. This city's sultry energy is infectious. Sure, it can be sleazy, especially Ocean Drive on a Friday night, with its blaring music and abundance of neon (still, who doesn't like a trashy night out once in a while?), but it also makes for a perfect winter sun long weekend destination.

During my visit, the sun was out in full force, the ocean was warm and the Art Deco architecture was fascinating. I undertook the hard job of checking out all the top hotels in the city, and there is definitely something for everyone, from traditional Britishness courtesy of Soho Beach House to in-your-face über-coolness of SLS South Beach.

The art and food scenes are huge thing in Miami, and with the Everglades being just under an hour away, there is always something to do for those wanting to escape the party. Nursing a sore head after a few too many oversized Mojitos, I braved Miami airport (which is a pretty hectic, but not as bad as it's made it out to be, especially after the Skytrain was introduced) and headed to Las Vegas.

Vegas is both awful and amazing, surreal and somehow so familiar. It's the kind of place where you never know what time of the day or night it is, where opulence and excess are the norm, where you finally get the meaning of 'What happens in Vegas stays in Vegas'. It is undoubtedly an odd place, and regardless of how many times you've seen the pictures and watched the movies, nothing will prepare you for your first visit.

We stayed at Encore at Wynn on the Strip, which is the brand new cherry on the top of Vegas' already rich hotel scene. It would be easy to not even leave the resort as it has knockout spas, restaurants, pools, casinos, night clubs, a golf course and even a Ferrari dealership for those who get lucky at Craps - but one cannot come to Vegas and not mosy around the rest of the 'world'. The Venetian is impressive, with its canals and singing gondoliers, Caesars Palace offers credit card out-maxing shopping, while Hyde Bar at Bellagio is the perfect place to marvel at the famous fountains over a cucumber and watermelon martini.

But there is more to Vegas than just the Strip. Early one morning we hopped into a Maverick helicopter and flew out over Hoover Dam and Lake Mead into Grand Canyon....which is, well, very grand. It's breathtaking to see, and makes you realise just how insignificant we are compared to nature. It is also rather nice to do this journey by helicopter and not spend five hours on a bus each way. Watch my Grand Canyon helicopter ride!

In the evening, aside from catching a Cirque du Soleil show (Le Reve and O are the best, and LOVE Beatles is like a little piece of home), I highly recommend taking a taxi to downtown, towards The Golden Nugget. This is the original Strip, where Frankie and Elvis hung out, and is now home to the Fremont Street Experience - a blinding LED display canopy that runs for four blocks with hourly Light and Sound shows of scantily clad ladies singing along to American Pie. The mob must be turning in their grave.

Having barely survived Vegas we set out on a mini road trip to....Utah. Never in a million years would that be my first choice of destination, but since Aman Resorts decided to build a hotel there, the Amangiri, I was definitely going to make the effort.

As always, Aman didn't disappoint. The journey was an experience in itself, taking us through towns with red leather boothed diners, garages called Oil&Lube, and past the massive cream and red sandstone cliffs of Zion National Park. Arriving at Amangiri is a bit like landing on a biblical moon with a twist of Petra. There is nothing around the 34-room resort for miles except the desert and mesas, and the sound of silence puts you in an almost meditative state.

In spite of the remote location, there is so much to do, from complimentary yoga classes and guided hikes to visiting one of the many nearby National Parks or simply relaxing by the heated swimming pool which wraps itself around a rock. The setting and stillness of Amangiri is the perfect antidote to a hectic life and a few days there leaves you feeling wholesome and recharged.

A big finale in the Big Easy

Last but most certainly not least, for the final hurrah of the voyage we journeyed to New Orleans. This was my second visit to New Awlins, Crescent City, the Big Easy - whatever you prefer to call it, this city is like nowhere else in the world. Jazz and Blues are the pulse of NOLA, with live music and performances happening on every street at any time of day or night.

The French Quarter, bordered on one side by the mighty Mississippi, is beautiful, with ornate balconies, cascading flowers and hidden courtyards with trickling fountains. Add to this a myriad of restaurants, bars and shops selling everything from Gumbo mix to voodoo dolls and you have a colourful little bubble in which it is so easy to while away the days spending time with friends and making new ones. It's the kind of place where you never feel judged and which makes you feel as alive as you'll ever be. God Bless America: I can't wait to go back.

For more information on bespoke road trips around the USA, contact Original Travel.