Buenos Aires is one of the most vibrant and appealing cities in South America, combining chic European influences with a true Latin atmosphere. You'd want to spend a whole lot longer than 24 hours, but if you were really going for it...

Breakfast, probably next door to a celeb, by the pool at Faena boutique hotel in upcoming Puerto Madero barrio (district).

Argentina is a country defined by its immigrants, and with over half the population claiming some Italian ancestry you'd expect some top drawer Italian grub. The most authentic is arguably at Il Ballo del Matton, also in Palermo, which lures a discerning (and, this being Buenos Aires, predictably beautiful) crowd.

Head to Boca barrio, home of Boca Juniors football team (of Diego Maradona fame) and vibrantly colourful houses historically painted using leftover paints by the dock-workers who lived here. If you can catch a Boca match at their intimate and intimidating La Bombonera stadium, do. When the crowd (known collectively as the '12th player') jumps in unison, the stands sway alarmingly. Alternatively, explore Calle Caminito where artists and tango enthusiasts gather.

Vegetarians need not apply in BA, and the ultimate carnivorous experience is dinner in a parrilla or grill restaurant. Plenty to choose from but current full fat cream of the crop is Fervor, in swanky Recoleta barrio. Try the grilled ribeye washed down with a local Malbec (particulraly Catena Zapata), all the while shooting the breeze like a born and bred local or so-called porteño.

Entry to Frank's, the current hip hangout, is via a code typed into the keypad in a phone booth that opens a secret door. Once inside, the look is 1920s speakeasy, with the bar staff serving up the city's finest cocktails. Try the Old French Style - a blend of single-malt, truffle-infused honey, bitters and orange.

Wind down with a chopp (draft beer - the local favourite is Quilmes) on the roof terrace at Carnal, although this is a serious all-night party town, so clubbers can hit the eclectic Niceto Club next door before finally retiring to bed back at Faena at around 0600. And sleep. 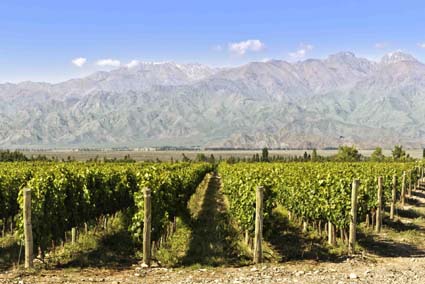 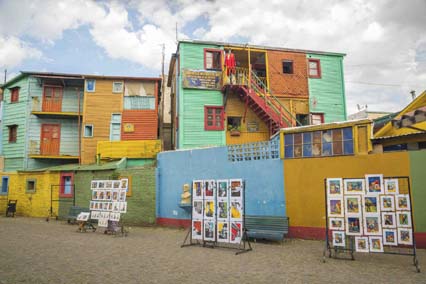