How to Eat (and Drink) Like a Local in Bologna 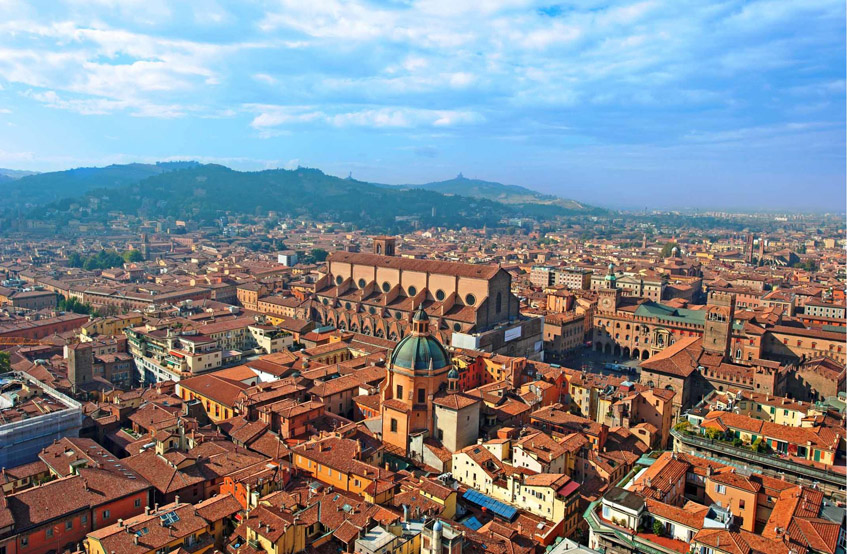 La Rossa, La Grassa, La Dotta (The Red, The Fat, The Learned); Bologna, the capital of Italy's historically gastronomic region - Emilia-Romagna - certainly lives up to its moniker. Leave any notion of diets at Heathrow and pass a weekend munching your way around the culinary capital of Italy...

Lying in the heart of Emilia-Romagna, the city is jam-packed full of enough restaurants, bars, and gelaterie to feed a small army for at least a month. Days are best begun the Italian way, with a cappuccino and nutella filled cornetto (the crema filled option is also delicious, for those who don't eat nuts) at Cafe Del Mercato, arguably the best bar in town. For the true Italian experience, stand at the bar and chat with the barista, marvelling at the speed at which he makes an espresso. Cafe del Mercato is also home to the most delicious torta di mela and torta di pera in Italy.

Before dinner, it is absolutely imperative to take part in the essential Italian tradition of aperitivo. Cafe del Mercato and any of the bars in Eataly offer a slightly more down to earth menu of beers; Aperol Spritz; and Pignoletto, Emilia-Romagna's answer to Prosecco, and help yourself to snacks. For the fashion forward crowd there is Casa Minghetti, think Old Fashioneds and Manhattans accompanied by miniature nibbles.

Osteria dell'Orsa is a popular haunt with the locals and has one of the best ragu alla bolognese in town, although Italians will always argue that it is second to mamma's version. Of course, NEVER ask for spaghetti bolognese, for fear of being ruthlessly chastised for being an interloper. Italians eat meaty ragu sauce exclusively with bigger pasta varieties, such as papardelle and penne. Said to be the inspiration behind spag bol, this glorious dish of tagliatelle and slow cooked meat sauce is in a class of its own. It is best enjoyed washed down with a glass or two of Sangiovese, the local red. Alternatively, Spacca Napoli serves the best pizzas this side of Naples itself, so enormous that one margherita could comfortably serve a family of four. Skip the dessert menu in favour of gelato from Cremeria Funivia, the amble across town to the gelateria will help make room for at least two scoops, enjoyed on the steps of the Basilica di San Petronio in Piazza Maggiore, like the locals. Popular flavours include tiramisu, lemon, and contessa (caramelised almonds and amaretti biscuits).

Outside standard mealtimes it is, of course, essential to sample as much of the local cuisine as possible. Nowhere in the world does food quite as well as the Italians and nowhere in Italy does food, or wine, quite as well as the Emilia-Romagnans (though of course the French may beg to differ). Walking tours, both individual and in groups, are the best way to drink (and eat) it all in. Local guides take tours which can last for an hour or all afternoon, winding through the streets, alleys, and porticos sampling everything from a parmigiano reggiano (which makes Tesco's offering seem like wood shavings) to mortadella and Fiat pralines from the master chocolatiers to the (former) Kings of Italy.

Taking a Slice of Bologna Home

Once the culinary offerings of Bologna are exhausted, the city is the ideal base for exploring the region's other food based activities, from visiting producers of Parma ham, to picking up bottles of balsamic vinegar in Modena to lunch at Osteria Francescana, often referred to as the best restaurant in the world. 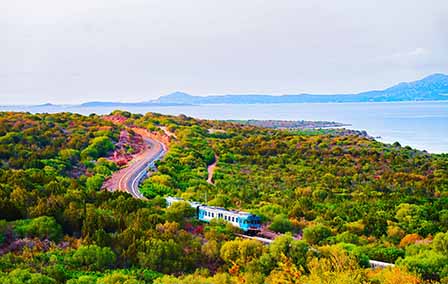 It’s no secret that Italians have a need for speed. But if you thought Ferraris were fast[...]