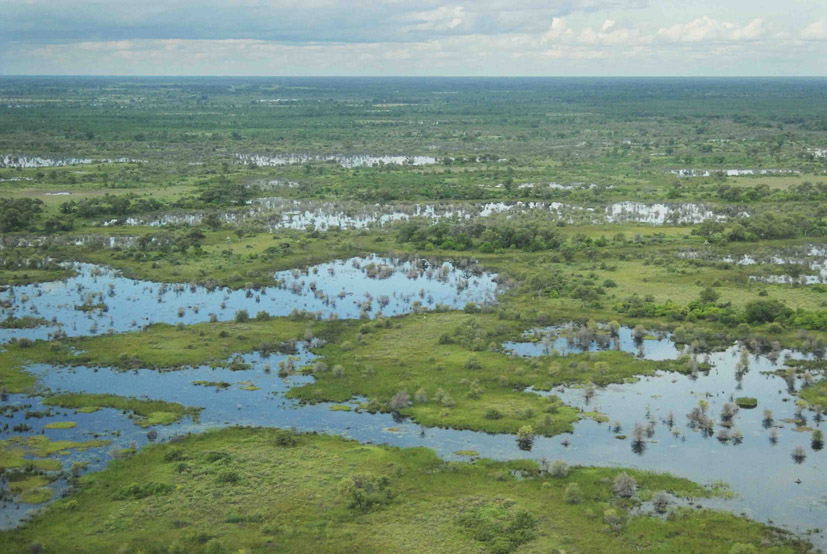 Dry but rich in water. Desolate but full of life. Extreme in every sense, from endless skies to enormous trees. Welcome to the otherworldly magic of the salt pans of northern Botswana where the Zu'hoasi tribe live. The Makgadikgadi Pans is a vast system of salt pans in the northern Kalahari, the remains of a giant 'superlake' that once covered the region. The entire Makgadikgadi ecosystem is said to be the size of Portugal. When the rains come, the pans fill with water and 700,000 flamingos come to feed on shrimps; the larvae of which have lain dormant in wet clay beneath the salt crust. Zebra and wildebeest move in, the second biggest 'great migration' in Africa. But in the dry season, the dusty pans form an austere lunar landscape, surrounded by the golden grasslands of the Kalahari. It looks and feels hot and tough (Makgadikgadi means 'dry, dry') but the Bushmen know how to live here - and they're far from alone.

The San are certainly one of the oldest indigenous populations on our planet. They have been around for more than 20,000 years, with a history of living in small family bands.

Why are they so special?

The San represent for many an unspoiled "natural humanity" living in harmony with nature. It is a tribute to San resilience and cultural strength that they have overcome many obstacles to retain their language, culture, and religious beliefs, even if circumstances have forced them to give up foraging.

Most Kalahari Bushmen believe in a "Greater" and a "Lesser" Supreme being or God. There are other supernatural beings as well, and the spirits of the dead.

They speak in Khoisan, a language characterised by numerous clicks and many idiosyncratic sounds. It is impossible!

To the San, hunting is an imperative social and spiritual undertaking. It is a cooperative not a competitive affair, where all work together to bring down the prey and share in the reward equally. The person whose arrow brought down the animal does, however, get first priority to pick his portion of choice.