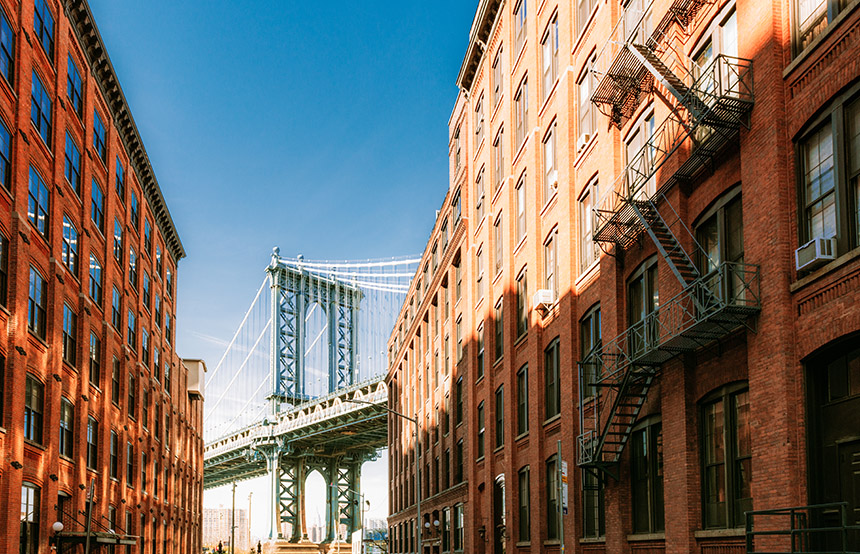 New York, New York. A state of mind that never sleeps yet runs on its own time, down brownstone-lined streets and avenues of futuristic high rises that promise to ‘make you feel brand-new’ – New York is the ultimate paradox. For songwriters and filmmakers, its enigma makes it the perfect muse and supporting cast member, while for those looking to make it big in front of its bright lights, it is still the ‘concrete jungle…where dreams are made of’, according to Alicia Keys. It’s not difficult to see why. From its iconic skyline of equally recognisable skyscrapers (which we think are best seen from the Edge at Hudson Yards’ impressive observation deck) and majestic bridges that connect its bohemian boroughs to Manhattan’s metropolis, to its peaceful pockets that can be found, if just for a moment, in Strawberry Fields or down a quiet street in Greenwich Village, New York is a smorgasbord of possibility. It’s also what makes it such a daunting destination. Where do you go first? What do you second? Fortunately, we asked ourselves the same question and came up with the perfect list, so read on for our must sees in New York.

You don’t need to scale a skyscraper to see New York from up high. You also don’t need to go to Central Park (although we strongly recommend that you do) to see the city through the seasons. The High Line –the one-and-a-half-mile-long elevated park in the east of the city – is one of New York’s most recent examples of artful regeneration. Yet its artistic flare extends far beyond its construction. As the new kid on the playground, it has become the number one destination for contemporary art installations. Catch thought-provoking commissions of oversized mouth guards, floor-to-ceiling murals and 25-foot-tall plinths betwixt stellar views over the glistening Hudson River. Make sure to reward yourself with an upscale yet completely (and paradoxically) relaxed meal at Hearth – a hearty East Village favourite and the perfect place to take a bite out of the Big Apple.

Our must sees in New York had to include at least a couple of tourist classics and Central Park is just that. Designed in 1858 to dissuade urban dwellers from retreating up state every time they needed a breath of fresh air, it is now one of the Big Apple’s most popular tourist spots. Although you won’t find the cast of Friends sipping coffee at Central Perk, you will find a zoo, numerous boating lakes, a castle, myriad statues dedicated to dogs and storybook characters – among others – and impressive fountains. Stop for lunch at the undeniably romantic Boathouse and accept every cliché that comes along on a horse-drawn carriage ride through the park or an afternoon boating on Central Park Lake.

To understand what being a New Yorker really means, pay a visit to the 9/11 Memorial and Museum, which honours the almost 3,000 people that died on 11th September 2001. Weave your way through the lofty foundations of the former towers, past historical exhibitions of artifacts and first-person testimonies to its memorial exhibition. Pairing every name etched into the memorial’s reflecting pools with a face, it conveys the enormity of physical and spiritual loss. Grand in scale yet personal and contemplative in touch, it is a fitting and important tribute to a day the city and the world will never forget.

Dumbo and the Brooklyn Bridge

You’d be forgiven for thinking Brooklyn is an odd location for a flying elephant to reside. But believe it or not, in the unanimated world, Dumbo actually stands for Down Under the Manhattan Bridge Overpass. Just a couple of decades removed from its industrial past, Brooklyn’s Dumbo district is now one of the most visited spots east of the river. While it’s the perfectly perpendicular angles that draw most photographers (and Instagrammers) in – just wait until you see how perfectly the bridge’s iron arches frame the spire of the Empire State Building – it is its art, storied history and effortlessly chic style that have kept New Yorkers here since the 19th century. It also helps that one of the world’s most iconic bridges is just down the road. Catch the city in all its glory along the Brooklyn Bridge before dropping down into the thick of Manhattan’s financial district. Talk about a paradox…

The Statue of Liberty

Standing on a pedestal at the mouth of New York’s harbour is probably the most famous woman in the world. The Statue of Liberty, who can be recognised by just the colour of her oxidized blue-green skin and stands proud holding a torch – and history – in her hands, is perhaps the most essential of our must sees in New York. She represents Franco-American friendship as well the city’s fascinating immigration history, which saw her welcome more than 12 million migrants between 1852 and 1954. If you fancy seeing the world from Lady Liberty’s eyes, you can climb the 354 steps to her crown, or if you fancy taking it a step – or several feet – higher, ogle at her from the skies on an exhilarating helicopter ride. 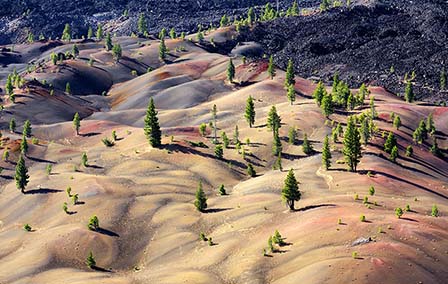