Nelson Mandela and Mahatma Gandhi were two prominent South African figures with a lot in common. Gandhi was the leader of one of the first great anti-colonial movements, unanimously admired for the universalism to which his name is attached, and for the spiritual message he offered to humanity. Nelson Mandela was the leader of the struggle against apartheid, which he ended in 1994, before becoming the first black president of South Africa. These two great men never met, but were companions in their struggles nonetheless – Mandela drew on Gandhi's words, ethics and experience, and the two have a lot in common, including their formidable ability to resist, their spirit of harmony, their universalist ethics and today, their status as icons.

From Durban to Johannesburg, Gandhi fought for 20 years against the subjugation of Indian immigrants in South Africa, and organised India's resistance against the British Raj. He forbade armed uprising, advocating civil disobedience instead. He defined this struggle with a single word, satyâgraha. Etymologically, the word means to embrace (graha) truth (satya) : every man must dedicate himself to finding his truth, which presupposes the renunciation of his violent impulses. Gandhi's words have profoundly influenced African National Congress (ANC) leaders. Albert Luthuli, its first president, based his liberation movement on satyâgraha and its non-violent ethic, through boycotts and pacifist demonstrations.

Before his incarceration, Mandela did not believe in the effectiveness of civil disobedience ; faced with the extreme brutality of police repression, and the impossibility of negotiating with a government that availed itself of the right to lock up and torture thousands of men, he sought to convince party  leaders of the need for armed conflict.

Then, after 27 years in prison, and without a word of hatred or vengeance, he called for reconciliation and forgiveness. After centuries of violence and humiliation, he managed to save his country from civil war. Mandela could have gone down the path of revenge, but as soon as he was released from prison, he took the opposite stance, establishing the universalist notion of citizenship in South Africa alongside equal rights. 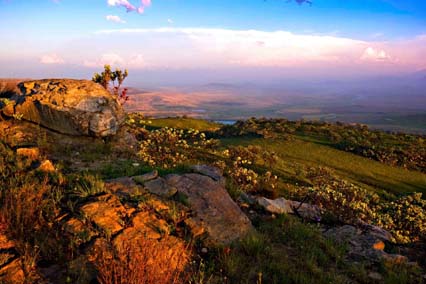