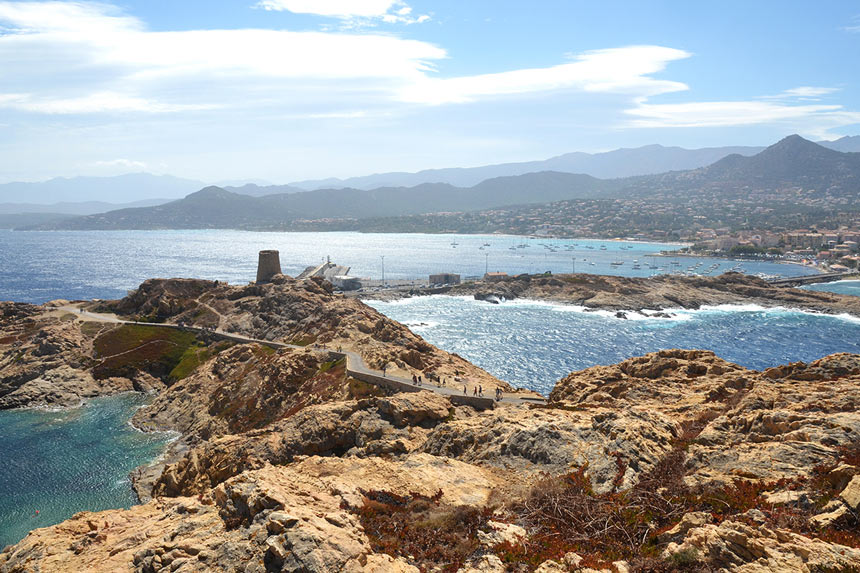 Known as 'The Island of Beauty', Corsica has an unparalleled reputation, particularly for its coastline. All along its over 600 miles of coastline lie enchanting, often unspoiled and protected beaches, contrasted against the deep blue of the ocean. Secret coves, steep mountains, gin clear water, pine forests and a multitude of other wonders make up the landscape of this special region. Here is our overview of the best beaches in Corsica.

Palombaggia Beach in Porto Vecchio: some call it paradise

At first glance, the turquoise water is reminiscent of the Caribbean. Whether you choose the private part (for the luckiest), or the public part, naturally separated by rocks, the view is nothing short of amazing. Extra-fine pristine white sand, translucent sea, shaded dunes and maritime pines combine to provide a picturesque portrait that amply justifies the international reputation of the place. The downside is that the beach is busy in the high season. If you can, go out of the high season or avoid peak hours.

Rondinara, a retreat in the heart of the countryside

Halfway between Porto Vecchio and Bonifacio, Rondinara beach is ideal for swimmers looking for some peace and quiet, because the sea is not very rough and there are few houses. A naturally-curved cove, it is almost closed off by two peninsulas covered in flowering scrub. The place looks so remote on this beach of purple rocks that cows make it their own in the off-season!  To escape the influx of visitors in high season, head to the quieter northern part.

The charming village of Tizzano is home to a beach set in a pleasantly refined landscape. Enjoyed by diving and snorkelling enthusiasts, the waters off Tizzano are home to magnificent underwater scenery. Thanks to Corsica's clear, gentle waters, you can observe the underwater wildlife, while of course taking care to avoid the rocks covered in sea urchins.  Good to know : Tizzano has two other beautiful beaches, Barcaggio in the north and Tralicettu in the south, that are less crowded because accessibility is a little more difficult.

Located north-west of Ajaccio, Capo di Feno is separated into two beaches named Grand Capo and Petit Capo, connected by a beautiful countryside path. Virtually untouched by construction, they are both popular with surfers who come to enjoy their majestic waves. The first stretches over half a mile of fine sand beside a crystal-clear sea. Slightly more geared to tourism than its counterpart, it is a less intimate setting. At Petit Capo, be sure to visit the northern part to admire the ochre-coloured rocks. But beware of the sometimes very stormy sea !

Roccapina Beach is described by some as the wildest of all beaches because there is nothing here (not even a straw hut) to disturb the tranquillity of the area. On top of this, it's one of the few beaches with very little seaweed on its sand. Here you can enjoy a very engaging panorama, including the lion of Roccapina, the shape of a big cat naturally carved out of the rock, and its neighbour - the 16th century Genoese Tower. The Bruzzi archipelago stretches out against a backdrop of blood-red rocks and green scrubland. Further afield, the Sardinian coast is eye-catching, bathing in emerald blue.