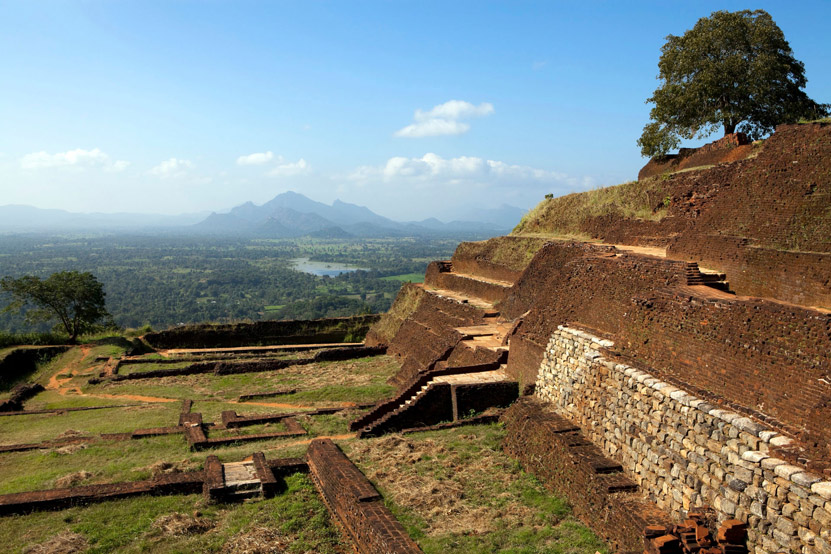 For an island that's approximately four times smaller than the UK, Sri Lanka packs quite the punch with a huge diversity of landscapes; from Ceylon tea blanketing rolling hills and mountainsides to national parks which are home to the highest density of leopards on earth (with 40 believed to roam in Yala), and beautiful golden beaches sprinkled with surfers and sun seekers in-the-know. And, the teardrop-shaped country happens to also be home to equally unique and diverse experiences. Discover five of our favourite experiences to enjoy which are all entirely exclusive to a trip to Sri Lanka...

Sri Lankan cuisine is vastly underrated with its larger Indian neighbours often stealing the show. Rice and curry - Sri Lanka's national dish - is simplified by language but lacks no imagination and flavour in execution. Learn to make an array of unique local dishes made up of myriad vegetables which can be sautéed in spices, boiled in coconut milk, tempura-d (technical term), deep fried, caramelised and even served raw with grated coconut. If you have any special requests, such as the hugely popular egg hoppers, then just let your guide know. At the end of the class, enjoy the fruits of your labour in a lotus leaf which you can eat local style - with your fingers!

Sri Lanka has a rich cultural history with evidence of pre-historic human settlements dating back at least 125,000 years. Around the world, rulers have long built imposing palaces to intimidate their subjects and flaunt their wealth to their enemies, but very few have gone to the effort of building a fortress on a vast solitary rock plateau rising almost sheer, 1,000 feet above the surrounding plains. Once the fifth century seat of power of one King Kassapa, climb the 1,200 steps at Sigiriya Rock Fortress to explore the foundations of the ancient ruins. Back on the ground, explore Sri Lanka's oldest ancient kingdom of Anuradhapura, dating back to the fourth century BC, by bicycle with an expert guide and marvel at the ancient archaeological ruins and ingenious irrigation systems.

Travel on an Original Colonial Railway

Originally built to transport Ceylon tea from the hill country to Colombo in 1864, Sri Lanka's traditional rail line now primarily transports passengers, especially commuters to and from Colombo and is, in our humble opinion, one of the most beautiful and scenic railway journeys in the world. Hop aboard one of the daily scheduled trains stopping at Kandy, Hatton, Nuwara Eliya, Ella and finally Badulla and journey through the tea-clad mountains, offering views that you won't see from the road. From vintage carriages replicating the glory days of the British Raj to standard second class with the daily commuters, we can tailor a train journey to suit your needs.

Unique to the island, the Vedda are a forest-dwelling, indigenous tribe who have inhabited central Sri Lanka's land for thousands of years. Embark on an exclusive opportunity to spend a day in the life of a Vedda with a village chief, learning about daily life, cultural customs and the tribe's history. Walking through the ancient jungle, the forest truly comes alive as he delves into how his ancestors lived off the land, created local medicine from local plants and sourced food in traditional hunter-gatherer style, as you are shown ancient hunting grounds and cave dwellings too.

Thanks to southern Sri Lanka's unique setting in the Indian Ocean, being unusually close to the continental shelf, large marine life is able to thrive in the deep water while still feeding off the nutrients that flow from the shore. This makes for an excellent habitat for blue whales and sperm whales, and an excellent whale-spotting location for us. During peak season (between December and April when the sea is calm) there are such large groups of whales swimming in these waters that sightings are usually guaranteed (disclaimer: usually...).