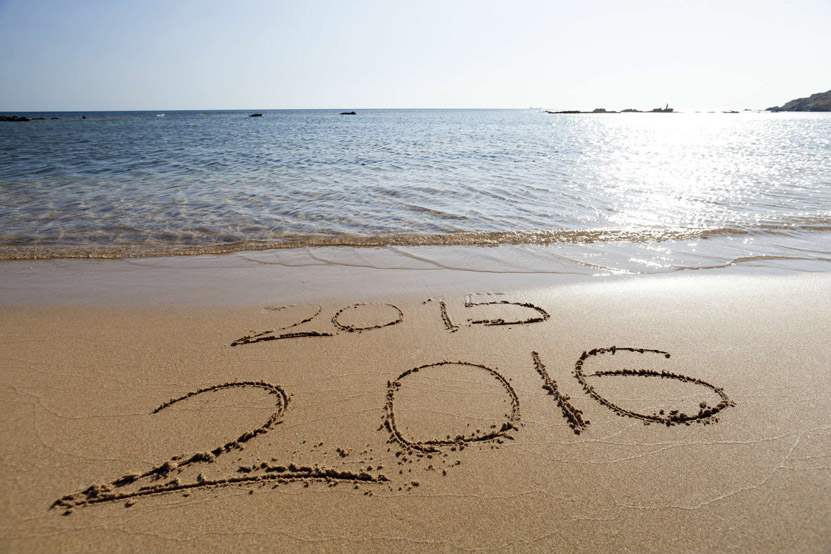 Between Aunt Marg's stuffy New Year's Eve party and getting stuck in hours of traffic, New Year's Eve is normally a painful ordeal. As a result, all those classic 'Bridget Jones' resolutions seem to go out the window in the early hours of the 1st January. We, at Original Travel, think that New Year's Eve should be spent revelling in all those things you intend to give up the next day. Why not escape that dreaded New Year's party, the never-ending pile of Christmas thank you letters needing to be written and the turkey you have been living off for days, and jet off to somewhere a little further from home. These are our top 10 best places to be for New Year's Eve...

Spas, Bars and Bazaars... need I say more? Istanbul's Spice Bazaar allows you to indulge your senses and your gluttonous side during a New Year holiday. The smells of the spices, oils, and coffee waft throughout the market, I dare you not to be broken by all the Turkish delight, macaroons and L'art du Chocolat's new collection of truffles. Istanbul seems to get more hip each year, with bars staying open to 6am, live music performances and Tekterci; a bar that genuinely serves mini cocktails in shot glasses. Spend New Year's Day engrossed in Istanbul's culture and contemporary buzz, or revive those aching muscles from all that dancing in your hotel's spa, enjoying a Turkish bath and a relaxing massage.

Great for getting the whole family together to escape England's dreary winter, Oman is just the place to supply the right amount of family fun. You could all spend New Year's Day casually bundling along on a camel through the Empty Quarter, the largest sand desert in the world. Or floating along on a Dhow, sipping a glass of fizz, while the children eagerly watch out for dolphins and whales. If that doesn't scream 'cool' to the kids, then sandboarding down the steep-sided dunes in the desert may just tickle their fancy. At the Six Senses Hideaway, you even have the option of arriving by paragliding into the hotel. I mean, it's got my vote.

Spending your New Year holiday at the Siam hotel in Bangkok will be something quite unlike any New Year's Eve you have ever experienced. You begin your evening met by your tuk tuk driver who whisks you around the city. New Year's Eve is famously bad for traffic in every city. Not for you. Your little tuk tuk is escorted by police on motorbikes who stop the bustling traffic as you whiz past, viewing the Grand Palace and other cites as you go. Finishing this unforgettable journey at the General Manager's house, where you can mingle with Bangkok's best characters - an experience not any old tourist can just book.

Be the first to start the New Year, a whole 11 hours before everyone back home does. If that doesn't make you feel on top of things I don't know what will! Sydney is known for its incredible fireworks displays, with two shows, making them the largest in the world. Having them set off above the iconic Harbour Bridge and Opera House makes for a striking setting. Watch the waterfront show, featuring aerial acrobatics, and the Harbour of Light Parade, where a mass flotilla of more than fifty illuminated boats dance around the harbour.

The perfect start to 2016, climbing Mount Kilimanjaro! That way you really will start the year hitting the ground running. Tanzania is a great place for your 'bush' and 'beach' luxury holiday. Enjoy a few nights Fly Camping in the Serengeti or the Selous. Then nip over to Zanzibar's archipelago of islands for endless powdery, white sand beaches. On Pemba Island, one of the hotels is called 'Pole Pole' meaning 'slowly, slowly,' in Swahili. This is exactly the tempo they have there. What a contrast to New Year in England.

What about a private party at a fort in Rajasthan? The Mehrangath Fort in Jodhpur is exclusive to the resident guests of Umaid Bhavan Palace, and of course, the personal guests and relatives of the Royal Family of Jodphur. At Umaid Bhavan, with its impressive views of the 'blue city' of Jodphur, your New Year's Eve celebrations are bound to include snake charmers, traditional Indian dancers, fireworks and a banquet. Really bringing in the New Year in style. Try Rajasthan for New Year and wake up on New Year's Day to see the Himalayas from your bed, before setting off for a morning hike.

Stockholm appears to have just everything you could want for a New Year break; culture, food, bars, activities. At this time of the year Stockholm is a winter wonderland, laced with a covering of white snow. The sea around Stockholm becomes completely frozen and the sight of people skating past the Royal Palace is something to behold. You can also walk along some of Stockholm's most famous buildings whilst experiencing 360 degree views of the city; pretty cool whilst everything is painted white. It's a great place to take teens for a New Year getaway as there are plenty of things to see and do.

Famously known for its huge New Year's Eve celebrations, New York is timeless. With it dropping a giant glittery sphere from the sky and releasing confetti from the buildings throughout the Times Square, creating a celebratory blizzard, it's no wonder New York's New Year's Eve is on so many people's ""bucket list"". With pop artists such as Magic! And Taylor Swift performing to bring in the New Year, it would seem silly to miss all that excitement.

Made up of 1,190 coral islands, in the Maldives many hotels occupy their own private islands, encompassed by white sandy beaches and crystal clear waters. Meaning you can have as much privacy as you want. Think that sounds good? If you are there to relax after the stresses of Christmas, they have 24 hour massages available. A massage at midnight? Why not! However, if you do fancy a bit of a party, Hotel Niyama actually has the world's first underwater club. Why not dance your way into 2016 under the sea?

If there is one thing Dubai knows how to do (and do very, very well) it's party. So, as you can imagine, New Year's Eve takes it to the next level. And by next level we mean the most lavish parties, big pop names (think The Jacksons, Nile Rodgers, Chic, Gloria Gaynor) and firework displays that will leave you spellbound, gazing up at the impressive pyrotechnics against the Dubai skyline. On New Year's Day? Dubai does a great Brunch. In fact, they are rather good at it. Is there a better hangover cure? I doubt it. Although bit of tax-free shopping will definitely help.