On Set in Asia - Film Locations in Cambodia and Japan 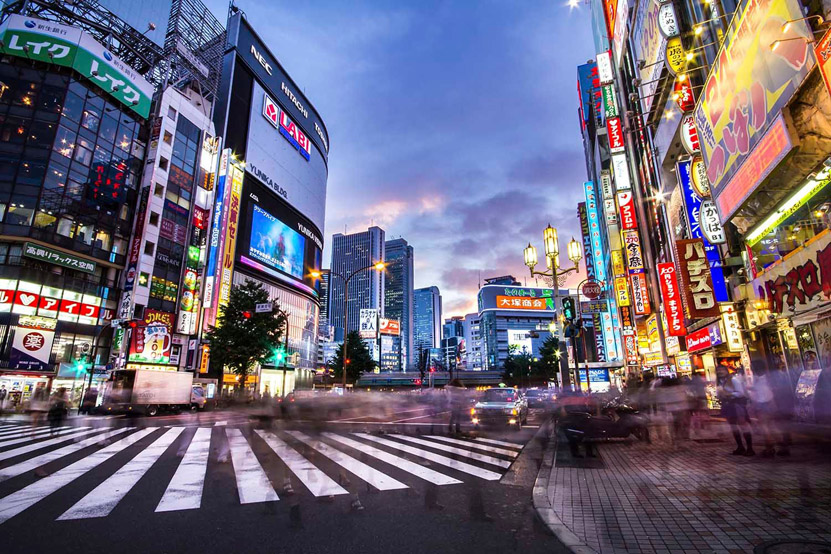 How often have you been watching a film and been awestruck by the location? 'Where did they shoot that?', you wonder, and start plotting your own visit. Memorable locations for me included The Grand Canyon in Thelma & Louise (the final scene was actually shot in Utah!), the mountain scenery of Lord of the Rings (we all know it's New Zealand) and the opulent floating Indian Palace from Octopussy (you can stay there yourself - it's actually a hotel in Udaipur).

Asia's vast variety of unspoilt and otherworldly scenery lends itself perfectly to filming locations, and some of the most iconic movies of all time have been shot in two of our very favourite destinations: Cambodia and Japan. So if you've got some filmic travel longings, here are a few places that should be on your list...

Tomb Raider was the movie that shot the Angkor Temples to mainstream fame, and although you can't quite do the things that Angelina Jolie did (there isn't a floating market on the moat of Angkor Wat for example) it's possible to visit the Tomb Raider temple (Ta Prohm) and you can even do so with a bona fide archaeologist. In addition to this there is plenty of scope at the temples for special access experiences, one example being a behind-the-scenes tour of certain parts of Angkor Wat itself with the German Apsara Conservation Project (GACP), who have been running a restoration project there for a number of years.

Cambodia's other, and tragic, claim to fame is the Khmer Rouge era of the 1970s, dramatised in the 1984 film The Killing Fields. In Phnom Penh a visit to the Killing Fields at Choeng Ek is highly recommended, along with the lesser-known but possibly more harrowing Tuol Sleng (S21) prison. Here, it is even possible to meet a prison survivor (out of the 20,000 people imprisoned there, only 12 were known to have lived to tell the tale).

First They Killed My Father, Cambodia

A more recent Angelina-related, and also Khmer Rouge-themed project, was the 2017 First They Killed My Father, shot through the eyes of a child forcibly relocated with her family out of Phnom Penh to the countryside, during the regime's de-urbanisation of Cambodia's cities. Most of the movie was filmed in and around Cambodia's second largest city of Battambang, and while there are no memorable visual locations associated with this film, rural Cambodia (virtually unchanged in centuries) can be explored on our authentic and inspiring Countryside Senses experience. You can also stay at the lovely Phum Baitang hotel in Siem Reap, where Angelina was based during the making of the project.

Memoirs of a Geisha, Japan

Often perceived as somewhat alien to Western eyes, and the master of the subtle aesthetic, Japan has been the location of many films.

One the most fascinating was the 2005 film Memoires of a Geisha, a beautifully-shot vignette of Geisha culture in WWII-era Japan. Many of the film's locations are to be found in Kyoto, including Fushimi Inari Shrine, Kiyomizu-dera and Arashiyama, all of which can be explored with our expert guides.

Lost in Translation is another iconic Hollywood film based in Japan, and much of the action of this movie takes place in the most Japanese of metropolises: Tokyo. Visit the bar at the Park Hyatt on the 52nd floor of the Shinjuku Park Tower for a drink at the venue where the protagonists discuss the meaning of life. Other locations from the film include the iconic Shibuya Pedestrian Crossing, the Heian Shrine and Nanzen-ji Temple (the last two of which are actually in Kyoto).

Although most of The Last Samurai (starring Tom Cruise) was filmed in New Zealand, the large and impressive Japanese castle featured in the film is the 'White Heron' castle in Himeji. Regarded as the finest surviving example of Japanese Castle architecture, the iconic structure has survived wars and earthquakes and can be visited either as a day trip from Kyoto, or as a stop on the way between Kyoto and Hiroshima.