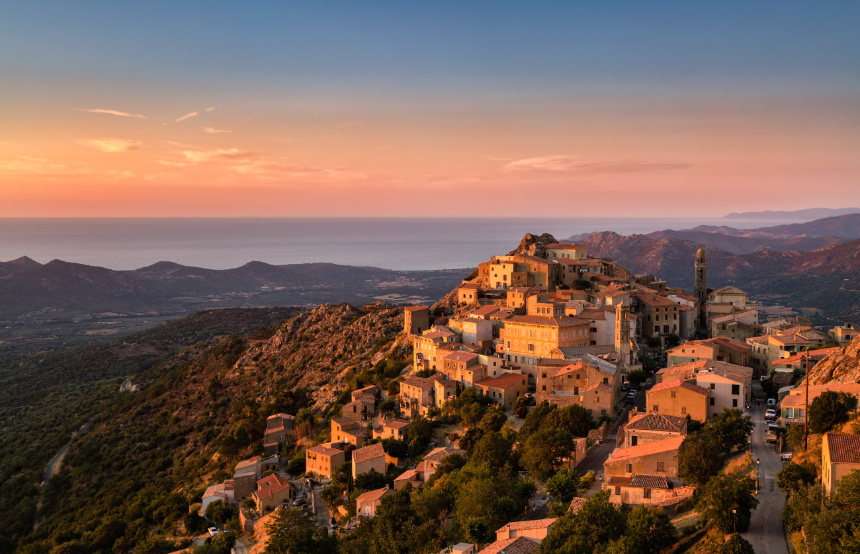 If you’re looking for an escape from real life, then a slice of island life could be the solution. Wonderfully remote and delightfully isolated, each island idyll has forged its own distinct personality and rhythm through its complete detachment from the mainland. When dreaming of an island getaway, deserted Caribbean islands or faraway Maldivian atolls might be what first spring to mind. In reality, there are hundreds of pint-sized havens much closer to home, each blessed with caster-sugar beaches, electric-blue ocean and a dose of barefoot luxury. Read on for our list of the best islands in Europe, the perfect way to kickstart your own castaway fantasy…

All of the Balearic Islands deserve a spot on this list and narrowing them down was no mean feat, however Mallorca is the undeniable jewel of the Mediterranean. The stunning Serra de Tramuntana mountain range runs along the island’s western spine, offering activities such as cycling, hiking and mountain-biking. Along the coastline, there’s an array of heavenly beaches and hidden coves, while nestled among the olive-grove coated mountain sides you’ll find a number of sleepy villages, where the traditional Mallorquin way of life has been preserved. ‘The Pearl of the Atlantic’, as this stunning island is aptly nicknamed, has risen in notoriety thanks in part to its most well-known export; Madeira wine. While vineyard tours and wine tastings can take pride of place in your itinerary, the lush landscapes also present plenty of additional treasures. The sub-tropical climate lends itself to windsurfing, hiking, mountain-biking and paragliding, while dolphin-spotting boat trips are also great for admiring the island’s intriguing topography and black sand beaches. While Corsica has belonged to France for over 200 years, the island differs in terms of both culture and cuisine, bearing more of a resemblance to Italy’s cultural landscape. Get talking to a local, however, and they will be eager to explain their unique Corsican identity, as well as highlight the best of the island’s food, wine and folk music. When you’re not indulging in civet de sanglier (Corsica’s signature dish of boar casserole) or fresh loup de mer (sea bream), wander through colourful coastal cities, snorkel in the cerulean blue ocean and hike the craggy clifftops. Malta’s rich cultural mix is reflected in its language, which contains elements of English, medieval Sicilian Italian and Arabic, while the island’s capital, Valletta, has been described by UNESCO as ‘one of the most concentrated historic areas in the world’. Admire the muddle of the city’s limestone buildings from the deck of a dghajsa (a 17th-century water taxi), before exploring the historic centre accompanied by an expert guide. Hidden within the interior, you’ll find incredible ancient temples and intricate churches, while avid divers can discover the beguiling underwater world of the neighbouring island of Gozo. While Elba may be one of the lesser-known Italian islands, it’s certainly a worthy addition to our list of the best islands in Europe. Located in the Tyrrhenian Sea’s Tuscan Archipelago National Park, the island is best known for being Napoleon’s place of exile in 1814, a fascinating history that has been documented at the National Museum of Napoleonic Residences in the town of Portoferraio. Apart from its intriguing past, Elba is blessed with tranquil, turquoise-hued waters, bleach-blonde beaches and a tradition of seafood-focused food. Croatia boasts a staggering collection of 698 islands and 389 islets, the astonishing beauty of which has made them popular production backdrops (you might recognise the smaller island of Vis from Mamma Mia 2). Hvar, the most popular Croatian island, is often touted as one of the most beautiful islands in the world, an impressive accolade and one that we’re inclined to agree with. As well as simply admiring your stunning surroundings, you can tour traditional farms (complete with olive oil and wine tastings) and admire the sunset over Hvar Harbour from the deck of a sailboat.

Put simply, Capri is immaculate. Emerald cliffsides rise out of the sparkling waters and are adorned with elegant villas, complete with manicured gardens and pristine swimming pools. The classic Italian island’s most famous attraction is the Grotta Azzurra (the Blue Grotto), a sea cave illuminated by a vivid blue light, caused by the sunlight refracting off the ocean floor. As with every Italian destination, Capri is heaven for food lovers and your beach-bound days can be interspersed with sampling its namesake insalata caprese (Caprese salad), followed by ravioli capresi. Ibiza – the party capital of the Balearics – has a reputation as a hedonistic holiday destination, and while you can definitely partake in your fair share of late-night fun, the island also offers plenty in the way of relaxation and gastronomic indulgence. Nicknamed ‘Isla Blanca’ (the ‘White Isle’), Ibiza’s towns are a hotchpotch of white-washed villas, cobblestone streets and charming boutiques. Spend your days enjoying luxury yoga retreats and soaking up the sunshine on the golden sand, before donning your dancing shoes and embracing the island’s infamous nightlife.

Deciding which Greek island to include was a challenge, as there are plenty which qualify as the best islands in Europe (Crete, Mykonos, Paros and Corfu, to name a few). However, Santorini has long been regarded as one of Europe’s most beautiful islands, making it an obvious addition to our list. The patchwork of white-washed villas, complete with cerulean rooftops, which adorn the island’s cliffsides are perhaps one of the most iconic views across any of the Greek islands. Head further inland and you’ll find traditional villages and idyllic vineyards, well worth a visit when you’re ready to escape the tourist crowds. Given that Italy is home to 430 sea islands, it was only fair to include more than one on our list of the best islands in Europe. The final Italian beauty to feature is Sicily, located off the ‘toe’ of Italy’s ‘boot’ and firmly placed in the heart of the Mediterranean. Sicily’s scenery is an irresistible blend of soaring mountains, dramatic volcanoes and precipitous coastlines and there are enough activities to keep every kind of traveller satisfied. Hikers can explore the rocky outcrops, historians can learn all about the ancient cultures (including Phoenicians, Carthaginians, Elymians, Romans and Greeks) and foodies can indulge in the timeless, yet exquisite, Sicilian fare (from authentic pasta alla Norma to melt-in-your-mouth swordfish). 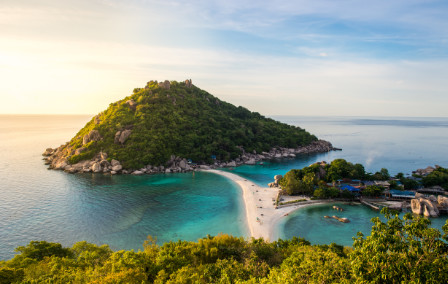 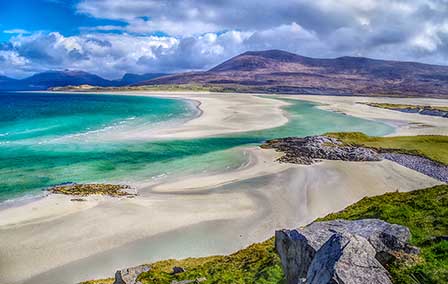