If you only have 24 hours to explore Berlin I highly recommend imagining yourself as a Dr. Who-style time lord (police box, optional) and beginning your day circa. 1939 before finishing in laidback Kreuzberg: a neighbourhood that typifies what it's like to be a modern day Berliner. Exploring Berlin's culture chronologically will highlight the huge political leap this city has made in just under a century. (And, conveniently, you will round-up the day amongst Berlin's best night life).

Start your day at the Brandenburg Gate and Jewish Memorial. Anyone who visits the city should pay homage to the lives lost under the Nazi regime and there is no better way to do this than a walking tour. Standing on the site of Hitler's bunker (it is unmarked on the car park that sits above it and a fantastic example of how Berlin refuses to dwell on its past) will bring those GCSE History lessons flooding back and you will yearn for the knowledge of a really great guide to fill in all of the gaps.

Food glorious food! Turkish families have been moving to Berlin since the 1960s and form a large part of the culture, which means Turkish delicacies are everywhere. This is perfect if you have already filled your walking boots with copious amounts of Bratwurst and you're craving the fresh flavours of the Mediterranean. Head to 'Maybachufer' in Kreuzberg and you will be transported to an oriental bazaar filled with fresh breads, hummus, vegetables and beautiful fabrics.

Alternatively, if you want to stay close to the Brandenburg Gate head to the top of the Humboldt Box. This temporary museum is free to enter and looks over Berlin with a café and balcony on the top floor serving delicious Currywurst and cakes.

Next up, the Berlin Wall: a defining symbol of the cold war. (If you're still enjoying the Dr. Who theme you will have now donned a pair of spy glasses while suspiciously tapping telephone wires). Very few parts of the wall remain and the best place to see it is the East Side Gallery. Take your time to look at the colourful murals painted on to the wall and the hopeful messages they convey. At the end of the wall is Yamm, a super laid back river-side bar with cocktails and ping pong. It's the perfect segue-way into life as a 21st Century Berliner, which, in case you didn't believe the hype, is painfully cool. Artists and creatives flock here and it's not hard to see why. Berliners are the epitome of chilled-out and you'd be hard pressed to find many 'suits' bustling around the East of the city.

During my visit, many of my own preconceptions about Berlin were completely blown away. I was surprised to learn that a city that has been branded as Fascist, divided and grey actually started life as a safe haven for French Protestants fleeing from persecution. Berlin was built from a melting pot of cultures and this is much more accurate to the Berlin you see today.

Spend the rest of your afternoon soaking up the atmosphere in Kreuzberg and visiting galleries like Berlinische Gallerie, Galerie Open and Kunstraum.

You won't go hungry in Berlin and there is a host of excellent restaurants. Two Michelin-starred Tim Raue has 'The Krug Table' where you and up to 9 guests can enjoy an individually created menu accompanied by, of course, Krug Champagne. On the flip side, if you are looking for a meal on the go then a trip to the infamous Burgermeister, in a converted toilet under the U-bahn, is always bustling with people and a novel way to end the day. From here you are perfectly positioned to tackle what Berlin does best: party.

Rest those weary dancing feet at Soho House, located in one of Berlin's most iconic buildings, a 20s Bauhaus masterpiece that was once a department store, then subsequently requisitioned by the National Socialist and Communist parties before falling into the hands of an altogether nicer bunch, the Soho House crew.

A good vintage... Is Berlin the hippest city in the world right now? We at Original[...] 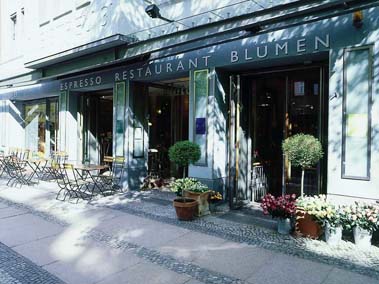 Lux Eleven is a designer apartment-hotel located in the heart of the[...]

Gluhwein, (or glow-wine) is popular in German-speaking countries and is named from[...]