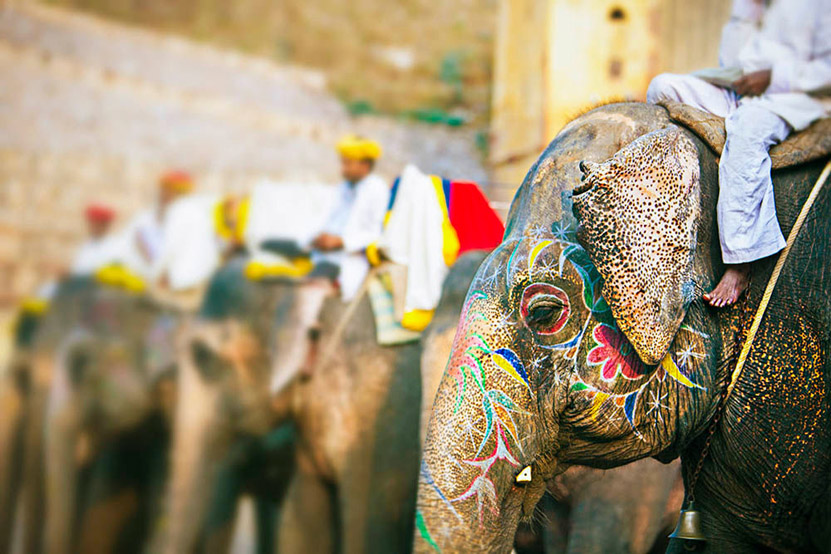 Majestic, intelligent, powerful, gentle, unassuming... who wouldn't love a close encounter with an elephant on their travels? Elephant riding has long been on the bucket lists of tourists travelling to Asia, but with much being reported about its ethical complexities, the demand for this experience is in decline. The issues around elephant riding exist mostly in Asia, where the population is particularly endangered, and tourists are often unaware of the cruelty that goes on behind the scenes. Few subjects will emblazon such heated debate than that of elephant trekking, however, there are a lot of nuances and complexities surrounding the issue which often go unexplained....

How an Elephant is 'Broken'

Dumbo fans, look away now. In order to be ridden, elephants have to be 'broken in'. This is done through an ancient technique called 'crushing'; elephant calves are often taken from their mothers at an early age and, while I won't go into detail, the process of 'breaking them in' is brutal. Once they have started work, elephants are subjected to long days in tropical heat, carrying wooden chairs with humans strapped to them for miles at a time, which can cause exhaustion, sores and arthritis.

Elephants are intelligent creatures, and are one of the few species that shows signs of self-awareness and empathy, and are known to have exceptionally strong family ties. With this in mind, it's easy to understand why everything you've just read would cause these gentle giants distress. Studies have even indicated that elephants subjected to such treatment may suffer from PTSD (much like humans), which perhaps goes some way to explaining their sometimes aggressive behaviour when used for tourist purposes.

Why the Issue Won't (and Can't) Go Away Yet

'How can this possibly be ethical?' you will be wondering. Well, basically it isn't - but hear us out. Elephant riding is an ancient practise, with the first evidence of elephant taming dating back to roughly 5,500 B.C in Egypt. Throughout history they have been used for logging, war, royal ceremonies and more. Sure, in an ideal world, all elephants would be living in the wild, free from captivity. However, we are so many thousands of years down the line with this particular practise, suddenly stopping it all together would have immense consequences.

In countries such as Thailand, there is simply not enough habitat for all the thousands of elephants currently being kept in captivity (half the elephant population in Thailand are in captivity, approximately 4,000) to be safely released back into the wild. In addition to this, some elephants kept in captivity carry disease, which would harm the rest of the wild population. According to the Center for Disease Control, 12% of Asian elephants are thought to be infected with tuberculosis.

After an animal has been kept in captivity for so long, it is not necessarily within the animal's best interest to release it straight back into the wild - especially if it has been subjected to trauma or was taken from its mother at a young age. Elephants are complex animals, and in their natural habitat require years of instruction from their mothers and the rest of their herd in order to learn the skills they need to survive. The elephants would likely be too accustomed to human contact, and would therefore lack a natural fear of us, making them vulnerable to poachers and generally not suited to life in the wild.

With returning them back into the wild not a viable option, this leaves yet another predicament, as the thousands of elephants that must continue to work in tourism need caring for. In the wild elephants spend between 12 and 18 hours a day eating, and require 440 pounds of food a day. Keeping an elephant in captivity is not easy or economical. Mahouts rely on tourism in order to afford to look after their elephants, so although entirely imperfect, elephant tourism does somewhat contribute to the welfare of working elephants in the industry.

What is Being Done?

The rise of elephant sanctuaries has allowed many 'retired' elephants to live in peace, and no longer having to work in order to feed themselves. Often these sanctuaries work with the mahouts and their families to strike the balance between their needs, the elephant's needs, and the demand for tourists wanting immersive experiences. In 2016 Trip Advisor banned ticket sales to tourist attractions which involved physical encounters such as riding, swimming etc. with wild animals being kept in captivity. In addition to this, many large tour operators have removed elephant trekking and elephant shows from their itineraries, which is an encouraging gesture. There are also a number of organisations, such as The Golden Triangle Asian Elephant Foundation, the Asian Captive Elephant Working Group and The Surin Project which will allow you to get involved with looking after and rehabilitating ex working elephants.

What Can You Do?

There is no reason why you shouldn't be able to have an encounter with an elephant on your travels, which won't involve any riding. The important thing is to do it via a reputable camp/sanctuary that allows you to see these magnificent creatures in their natural environment. In Thailand, the Ministry of Tourism and Sports will certify legitimate camps that are looking after elephants, so it is always worth checking to make sure they are on the list. A truly 'elephant friendly' venue will allow elephants to move around freely and interact with each other, will have limited contact time with tourists, restrict captive breeding and educate visitors on elephant welfare. They key is also to ask lots of questions. Is there an on-site or on-call vet? How does the camp acquire its elephants? Is positive reinforcement used to train the elephants as opposed to hooks and chains? Do visitors ride elephants?

It can be hard to know where is reputable, when the term 'sanctuary' is frequently used as a front for tourist attractions that capture and abuse elephants. However, there are many genuine sanctuaries and non-profit organisations working hard out there to ensure people are spending time with elephants in the most responsible and ethical way possible. You can even volunteer at an elephant sanctuary yourself, or go on a jeep safari to truly see them in their natural environment.

At Original Travel we work with a number of fantastic camps and safaris. We can arrange for you to stay on the Indonesian island of Sumatra, where you can stay in a remote jungle lodge and assist with a community-run project which looks after ex logging elephants. We also arrange safaris throughout Sri Lanka, so you can see these wonderful animals in their most natural environment. If you want help booking a holiday which involves ethical non-riding elephant encounters, please do get in touch.