Little Makalolo overlooks a vibrant waterhole in one of the best game-viewing areas of the Hwange National Park.

The camp's six rooms have en-suite facilities, with both indoor and outdoor showers. Solar power provides the camp electricity, ensuring a favourable environmental footprint. The living areas include a dining room, lounge, plunge pool and an open fire area for the swapping of game-viewing fireside tales. Activities on offer include 4x4 Land Rover game drives and guided nature walks throughout the Makalolo concession. The area's large number of waterholes attracts large and varied quantities of game, especially during the winter months from June to October when Hwange hosts huge numbers of animals as they arrive to quench their thirst.

Twitchers should note the 400 plus species of birds visible in the teak woodlands of the National Park, and also including visitors from the Kalahari desert. There is also a log pile hide overlooking the waterhole in front of camp where guests can enjoy wildlife viewing during the siesta hours, and most relaxing of all, guests can lean on the edge of the pool to see game wandering by.

The Makalolo area of the National Park is one of the best for seeing impressive herds of buffalo and elephant as well as top predators such as lion, leopard, wild dog and cheetah.

Davison's Camp is in the south-eastern Linkwasha Concession, one of the best game viewing areas of the Hwange National Park.

The camp consists of eight tents and a family tent hidden in a dense grove of false mopane trees overlooking a waterhole and open plain. The main living area includes a lounge, a dining room and an open campfire area with views over a busy waterhole. Activities include game drives in open 4x4 vehicles, or guided walks in the early mornings. Game viewing is productive year-round in the Linkwasha Concession and wildlife on view includes lion, large herds of elephant, buffalo, leopard, white rhino, spotted hyaena, southern giraffe, sable, blue wildebeest, impala, common waterbuck and reedbuck.

There are a number of large, open plains areas which make for excellent game viewing; in summer, wildebeest, zebra and eland are found in abundance here, while in winter the waterholes are magnets for elephant in enormous numbers. Bird life in the area is equally prolific, with 400 plus species frequenting the teak woodlands.

The camp is named after the founder of Hwange National Park and its first warden, Ted Davison. 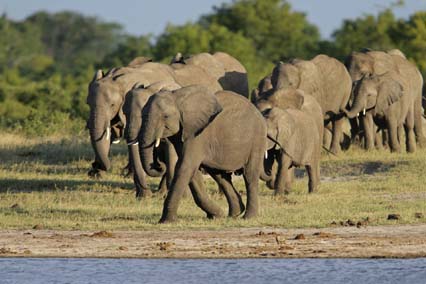 Having heard so much about how wonderful a Zimbabwe safari was in the good old days[...] 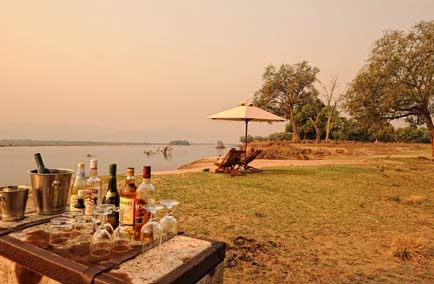 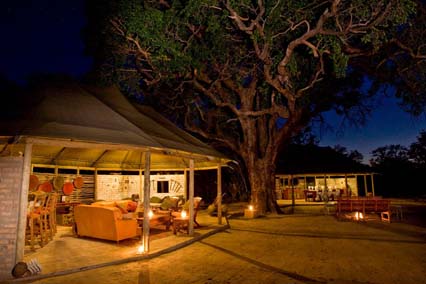