After our escapades in mainland Peloponnese my wife and I headed by boat to Spetses, an island Original Travel have trumpeted as the new Capri. I wanted to see for myself, nervous that we might be making a big call, but I think the claim is pretty legitimate. The many Spetsiot residents we met - admittedly not the most impartial of judges - agreed that until very recently the island had been an almost exclusively (and thoroughly lovely) Greek secret. The wealthiest Greeks have villas on Spetses (or, in the case of the Niarkos family - an entire private island off Spetses proper) and park their superyachts offshore for the season. Come September, however, the massed ranks of millionaires have left and the island reverts to a very charming normality.

The place to stay...

... is the glorious Belle Époque Poseidonion Grand Hotel which sits centre stage on the waterfront. For old school elegance there is little to beat the place, with its striking baroque roofline and wonderful terrace that has, according to the GM, been the discreet and elegant venue for virtually every important business or political deal in Greece's recent (and often turbulent) past.

If you can drag yourself off the terrace, the charming town of Spetses itself, hugging the waterfront in either direction, is an extremely alluring warren of alleyways full of lovely boutique shops, tavernas and white painted merchant houses with blue shutters overlooking the water. We wandered the lanes of the old and new harbours, decorated with nautical symbols expertly laid out in black and white pebbles that gently massage your feet as you walk. Next, we headed inland and up the hill behind the town to explore isolated churches hinting at the island's complex past, from squat Byzantine basilicas to more elaborate Venetian style facades and campanile. Another Italianate habit the Venetians left behind is the passegiatta - religiously undertaken every evening, as in Capri.

Then to dinner at the charming Orloff's at the near end of the old harbour, where the various mansions' high walls fuse together to form a fortress intended to repel invading forces crossing from the mainland in centuries gone by. The amiable owner Christos Orloff himself came over to chat and explained that we must explore the whole of the island, recommending particular beaches on the far side that were his favourites.

Cycling around the island

Duly inspired, we rented bikes, resisting the urge to make like the locals and drive - to a man, woman and often entire family - mopeds and quad bikes. 'Do you want me to pay now?' I asked the horizontally laid back owner of the bike rental shop. 'No problem, no problem,' came the suitably Spetsiot response. 'Pay when you get back. If I'm not here, lock up the bikes and put the key and the money under the door.' Off we biked, excited about completing the entire 16 mile island circuit in a supposed three hours. In the end it took a little longer, but only because we stopped so often to gawp at the some of the most amazing views I've ever had the privilege to enjoy in all my years of travelling. It was that quintessential Greek combination of dazzling blue sea and skies and vivid green pine tree covered hillsides, with the odd bright white church or rustic farm house to lend yet more beauty.

On route (top local tip - tackle the island anti-clockwise) we discovered ancient Byzantine bridges in the interior and a number of glorious (albeit pebbly) beaches, of which Zogeria, Agioi Anargiroi, and Agia Paraskevi are the best for a much needed refreshing swim. Come the end of September the various tavernas at the beaches are closed, but with a good supply of water you can make it round and enjoy a well-earned late lunch in the old harbour back in Spetses town itself. Sure, there were some sweaty uphill climbs, but each was inevitably followed by a glorious freewheel as the road hugs the coastline and you can keep one eye on the road and one on the sea, the odd traditional caique (fishing boat) as it passes and the stunning coastal scenery. It seemed that the odd oligarch was still in town as we passed a couple of monster gin palaces moored up in more secluded bays before returning to town after a very, very rewarding day out. When we met Christos again he couldn't contain his genuine amazement - 'In all the years I've lived here I've been round the island many times by car - and Piaggio of course - but never by bike!' Now he tells us.

Next day it was back to the mainland with our chatty taxi boat driver, and a smooth two hour drive to Athens airport. On the flight home we flew back over the Peloponnese, attached to the mainland - at least physically - by the tiny isthmus of Corinth. There too was the elegant island of Spetses, sitting pretty in a glistening sea. I can truly say I've never been more determined to revisit a place in my life. Roll on the 20th wedding anniversary. 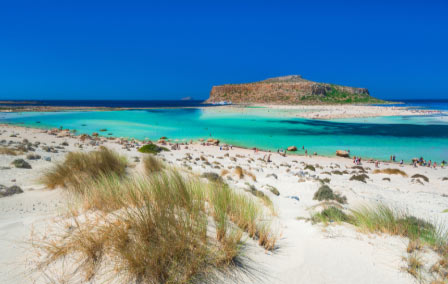 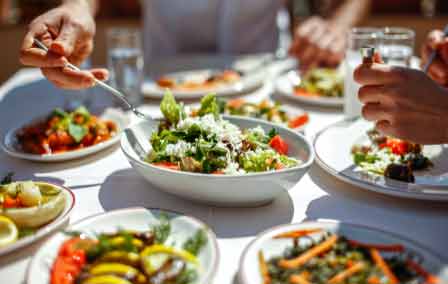