A riot of Moorish palaces, Gothic churches and shaded patios; and with the scent of orange blossoms, hot sun and blue sky, terraces full of boisterous laughter until late at night, Seville is the most flamboyant city  in Spain, where Jewish, Christian, Muslim and gypsy cultures mingle. Here is how we would spend one day in Seville.

The Cathedral is one of the largest Catholic buildings in the world ; it is topped by the Giralda, the former minaret of the pre-existing mosque, a replica of the Koutoubia of Marrakesh. Those brave enough to do so can climb to its summit along a gentle slope . There are no stairs, but a ramp running along with the 32 levels,   which provides spectacular views of the city . Also worth a visit is the monumental tomb of Christopher Columbus inside the cathedral.

You  can reach the Andalusian Centre for Contemporary Art (CAAC) by bike, riding along the Guadalquivir River. This magical place was a former monastery (visited by Christopher Columbus, who prepared for his second trip to America there), which was converted into a ceramics factory before assuming its current incarnation. Its exhibitions are consistently changing, featuring unusual and offbeat work.

Seville has been the site of many large-scale architectural projects in the last decade, but Metropol Parasol, which hovers over the Plaza de la Encarnacion, has generated the most buzz. It is designer, German architect Jürgen Mayer-Hermann claims to be a relation of Gaudi. The people of Seville have nicknamed this undulating courtyard consisting of thousands of hexagonal units 'The Mushroom '. See what you think about it for yourself during your 24 hours in Seville.

Tapas at the Market

The Mercado de la Calle Feria is one of the oldest in the city ( it dates back to the early 18thcentury),and has stalls spread over two buildings flooded with light. At the Cantina, an excellent tapas bar in the market, you can enjoy grilled sardines, shrimp and bacon, or fried squid. And every Thursday, at the corner of Calle Feria and Calle Correduria, there is also a flea market, where antique ceramics and beautiful statues of the Virgin Mary are sold.

This is one of the most spectacular buildings in town, and a must on your day in Seville. Wooden ceilings and azulejos, honeycomb domes, and carved stucco panels, painted in blue and gold  all evoke Muslim architecture. Yet Seville had been Christian for more than a century when King Peter the Cruel called upon    Mudejar craftsmen to build this palace, inspired by the Alhambra.

Sample the monastery pastries and sweets

Since sales of rosaries have declined, Sevillan monasteries have found other sources of income : the sale of pastries, jams, and other sweets. At the Convento de San Leandro, the nuns make yemas de San Leandro, small lemon domes, following a recipe from the 15th century. At the Convento de Santa Anna, visited for its wooden altarpiece dating back to 1627, which represents Mary and Saint Anne, you'll also savour pestinos, doughnuts with orange zest and honey; and at the convent of Santa Paula, after admiring the 13th century Gothic tower, you can purchase some fig jam. Ideal for those with a sweet tooth. 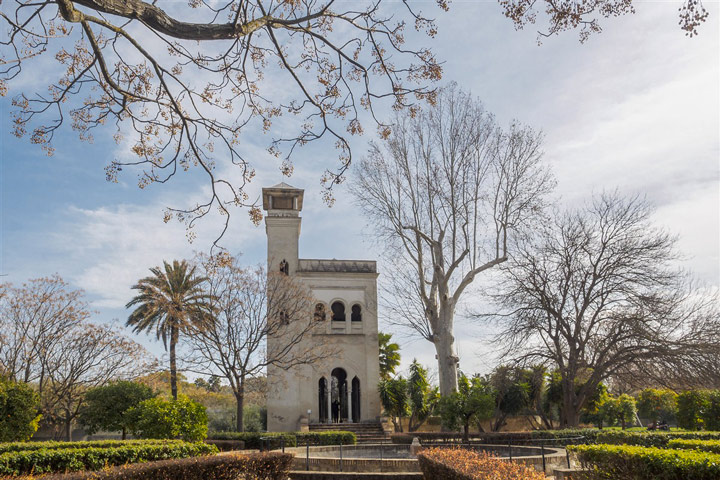 On the other side of the Guadalquivir River, which once separated the aristocrats from the working classes, opposite the arenas of the Maestranza and the Gypsy quarter of Triana, is another Seville, with white houses and courtyards fragrant with orange trees. People always want to know where to experience the 'best'  flamenco. But we have found that the 'best' flamenco is the unexpected, that you might stumble upon while walking through the streets in the warm evening hair. In Triana, flamenco fills the streets, so grab a class of wine and see where the night takes you.