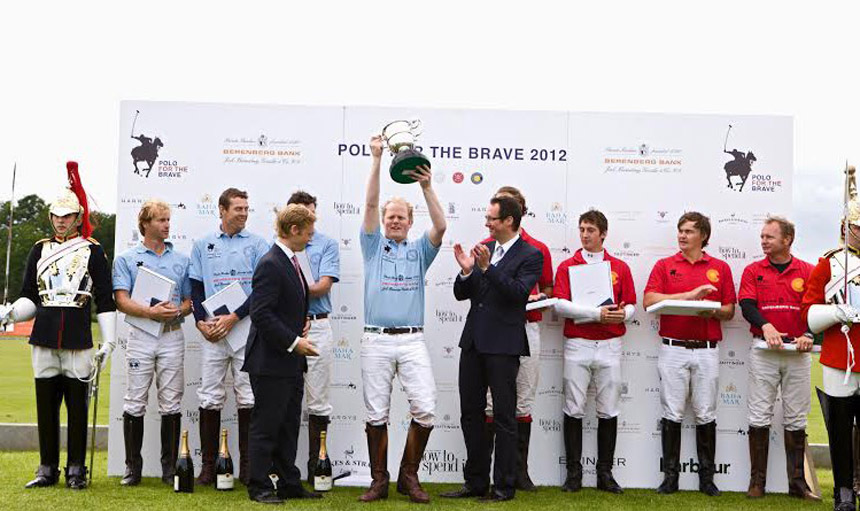 A fantastic day of polo in support of the British Forces Foundation...

The British Forces Foundation motto is 'in the business of morale' - what a great philosophy. We're into building morale too, but not in such as benevolent a way - we were delighted to support their good cause last Saturday by providing four Original holidays as prizes for the winning polo team of a charity match.

With the lure of a holiday spurring the players on, naturally the quality of play shot up! The Commonwealth team beat the Hurlingham GB team, and the lucky players are now heading off, respectively, to the boutique Brody House in beautiful Budapest (beat that for alliteration); the grand old Telegraaf Hotel in Tallinn; Son Net, an exquisite Mallorcan finca (farmhouse) hotel in the stunning Tramuntana mountains; and finally an Andalucian retreat - the Hacienda San Rafael near Seville.

Here's a picture of Nick (our CEO and co-founder) handing out the prizes. The polo day was hosted by Berenberg private banking, and raised thousands for the British Forces Foundation - a great support to our service men and women, no matter what your views on each individual campaign our Armed Forces are involved in.