The Best Beaches in California

The Pacific Coast Highway, or State Route 1, hugs the Pacific coast  for over 600 miles. It's one of the most beautiful drives in the world, with hundreds of beaches along the way. These are our six best beaches in California.

'Hermosa' means beautiful in Spanish. Pretty much says it all. The golden sand of Hermosa Beach stretches endlessly along The Strand, which has nearly 20 miles of uninterrupted paved pathway leading from Santa Monica to Torrance Beach. Attracting a younger crowd than its northern neighbour, Manhattan Beach, and with a more offbeat vibe than Redondo Beach to the south (famously immortalised in song by Patti Smith), Hermosa Beach has both a sporty and party vibe to it, where early morning surfers cross paths with night owls. Located 15 minutes from Los Angeles International Airport, you can head straight for the ocean and start soaking up the Californian atmosphere from the moment you land. 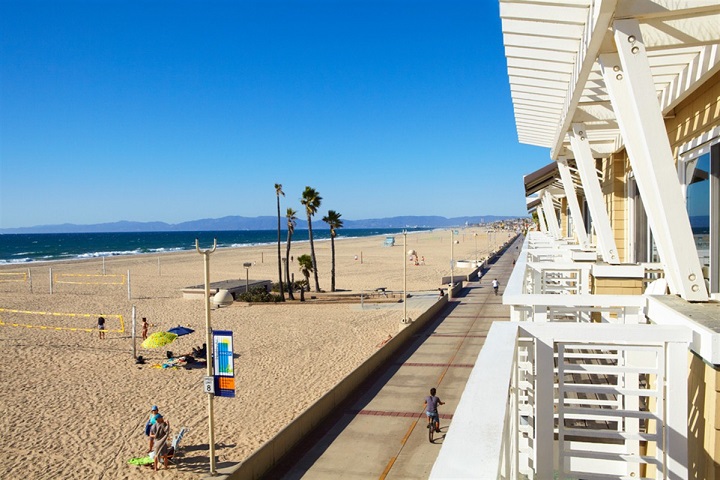 Founded by the Spanish in the 18th century, Santa Monica boasts huge beaches and coconut palm-lined promenades that make it one of the most popular holiday locations for Californians. Those who like sport can enjoy a game of beach volleyball, while art lovers can browse the city's many galleries. 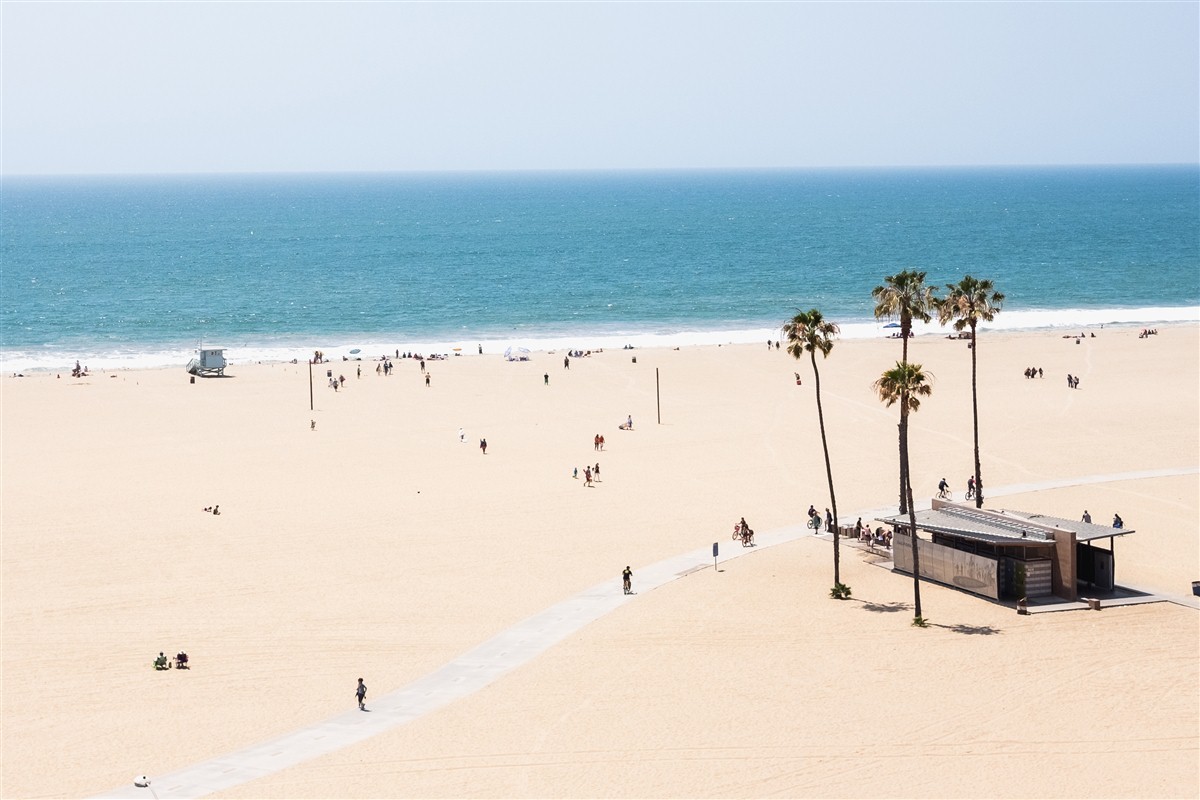 No list of the best beaches in California would be complete without the iconic beaches of the Big Sur. And the atmosphere in Big Sur could not be more different from Los Angeles. Here, nature is queen, with only a thousand permanent residents in the area. The wild and craggy coastline here falls sharply into the ocean, and is dotted with idyllic creeks fringed with fine sand. Relatively isolated but easily accessible, Big Sur lies between San Francisco and Los Angeles, around 120 miles from the first and 250 miles from the latter, and is safeguarded by the area's preservation policy (national parks, steep terrain not suitable for construction, etc.), which has allowed Big Sur, for the most part, to retain its rugged beauty and status as an area with some of the best beaches in California.

Set further away from California's usual tourist routes, Pfeiffer Beach is a real gem. It's a great spot for surfing, photography, or just sitting back and contemplating life. The waves are fun to watch as well as ride, and the sand is actually purple  thanks to the effect of manganese particles washed down from a nearby hillside. Emerging from the ocean just off the beach is an eroded stone arch which the sun's golden rays pass through at the end of the day, creating a breathtaking natural show of sound and light every day at sunset.

Located in the southern part of the incredible Monterey Peninsula, jutting out into the Pacific Ocean in line with the city of Santa Cruz, the small town of Carmel City has a discreetly elegant feel. Take the 17-Mile Drive route, roll down the windows, drop the top down (if you're in a convertible - we can book one)  and soak up the scenery. Fill your lungs with salty air and the smell of flowers, and arrive in Carmel City smiling and ready to relax. The city is frozen in time. There are no Starbucks or fast food chains,  only a mission dating back to the 18th century, small timber-framed houses and a beautiful beach below the cliff with super fine, white sand.

This is the most romantic beach in Los Angeles. It's also the quietest and most isolated, which is a surprise given how close it is to the big city. El Matador is a crescent of pale sand between rocks and waves; the clear water dotted with natural sculptures, rocks pointed towards the sky like giant spears and eroded arches emerging from the ocean. This is no doubt where the city's 'angels' come to recharge in peace and quiet. There are hundreds of birds in the area to spot too, and it's the perfect location for a romantic sunset dinner.