Everything you Need to Know about Chinese Culture 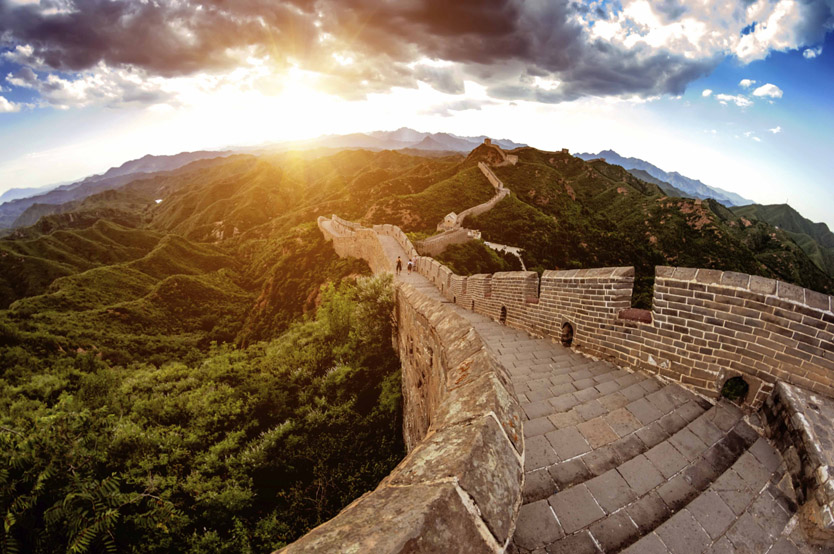 It's the most populous country on earth, so it's no surprise that before visiting China for the first time, our resident expert Rachel felt a little daunted and overwhelmed.

However, it swiftly established itself as one of her favorite countries - and this is her introduction to it. Read on for an insight into luxury travel around the 5,000 year old nation...

When I first went to China in 2008 to visit a friend living in Beijing, I wasn't sure what to expect and thought the whole experience of Chinese culture was going to be overwhelming and daunting. Not being able to speak the language was my first worry; knowing very little about the country the second, and the fact that it was closed to all but selected foreign visitors from 1940-1974 meant that it wasn't such a well trodden path. However, as soon as I returned to the UK, I started planning my next trip: an eight day trek along the Great Wall one year later.

Earlier this year, I had the chance to explore China's cosmopolitan cities and more rural, undiscovered regions - and I was chomping at the bit to go. Not overwhelming or daunting in any way, I discovered that my initial expectations had been wrong, and that the People's Republic is quite the opposite.

The country has a huge amount to offer: not only is the food totally delicious (once you get the hang of eating with chopsticks), but the people are incredibly friendly. China is steeped in history and there is still beautiful undiscovered countryside, which makes a good contrast with the new fast growing cities that are dotted over China's 30 provinces.

Beijing makes for a perfect starting point with direct ten hour flights from London. With a population of 18 million in a city the size of Belgium, you could spend a whole week sightseeing and still not have ticked everything off the list. Must sees are the Forbidden City, Tian'an men Square (the largest public square in any city, which can hold more than a million people), The Temple of Heaven, The Great Wall, The Lama Temple, The Silk Market, The Pearl Market, The Hutons and, if you're interested, the Birds Nest and Olympic Village. The list is endless...

Xian and the Terracotta Warriors

After Beijing, I took an hour long flight to Xian, a city in the Shaanxi province. The city itself has a huge amount to offer: the bell tower, drum tower and the Muslim quarter markets are all great to see. But of course, the main reason people head to Xian is for the Terracotta Warriors.

I was a little skeptical before I went, assuming that they were going to be a Chinese gimmick to encourage tourism to the Shaanxi province. However, despite battling through the entrance with what seemed like the rest of the Chinese population, it was the most incredible sight. Discovered by three farmers in 1979 whilst digging a well, archaeologists have since spent painstakingly long hours piecing together small fragments of all 8,000 soldiers, 130 chariots with 520 horses and 150 cavalry horses, most of which are still in fragments in the pits.

The Terracotta Army is a form of funery art buried with the First Emperor of Qin in 210-209 BC, who himself is buried nearby in a huge man made hill. The Army's purpose was to help rule another empire with Qin Shi Huang in the afterlife, and construction of this mausoleum began in 246 BC and involved 700,000 workers. No two soldiers are alike.

From Xian, I flew to Chengdu in the Sichuan province, known for its spicy food. The city itself doesn't have a huge amount to offer tourists, but the weather is perfect for bamboo growth and therefore attracts the national symbol for peace: the panda. With only 2,000 left in the world, it's an endangered species due to severe deforestation in the surrounding area.

The government works closely with the local people to increase the population through the Panda Sanctuary, which is a 40 minute drive from the centre of town. Here you can see babies, adolescents and adult pandas in their natural habitat (as close as it gets, anyway). They spend most of their time eating bamboo shoots and sleeping, so they're not energetic creatures by heart. They also have a dedicated area for the red pandas (which resemble foxes) and are even more endangered than the Giant black and white panda we picture.

Lijiang is further south, in the Yunnan province, and is probably one of the most picturesque places I have ever visited. It makes a pleasant change from the skyscrapers and highways found in most of the larger cities. With a back drop of the Jade Dragon Snow Mountain and the ancient Lijiang old town, the pace of life is definitely more relaxed and peaceful here! There are lots of small and comfortable guest houses to stay within the old town, some situated over looking the sea of grey roof tops, However, if you want to splash out a bit more, the Banyan Tree offers the most luxurious accommodation, situated just outside the town. Some have compared Lijiang to Venice, and you can easily see why, wandering past the many rivers and through the small winding streets.

I ended my trip in Shanghai, the city they call the 'future of China'. It has some beautiful areas, notably the French Quarter, which resembles small tree lined streets in Paris. The pace in Shanghai is fast: people eat out rather than eat in, and it's fun to have a drink in one of the roof top bars that line the Bund, the main river flowing through the city. Shanghai doesn't have such a historical impact as Beijing, but offers a fantastic contrast with great restaurants, bars and shopping; a perfect end to a tour through China.

If you find yourself with some time to spare, jump on the bullet train the Hangzhou. In only 90 minutes, you can be at the beautiful, newly opened Amanfayun, a hotel constructed around a traditional Chinese village in the middle of the green lush tea growing region. It's ideal for a few nights to really unwind, experience local Hangzhou food, watch the un-missable West Lake show and visit the historical temples and monasteries before heading back home. 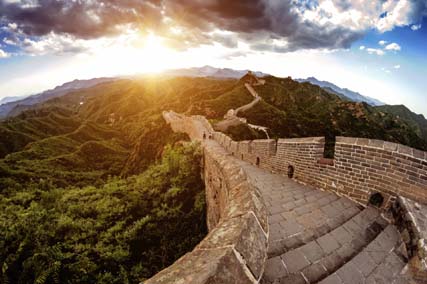 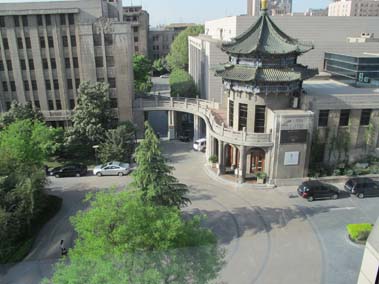