Nubian Rest House is a boutique hotel located in Karima at the foot of Jebel Barkal, the holy mountain that was known as Napata in ancient times.

Set within a walled garden in the market town of Karima, Nubian Rest House has just ten rooms housed in a Nubian-style building adorned with arches and domes. All of the rooms have individually designed Nubian doors, en-suite bathrooms, and verandas opening up to a garden. There is also a restaurant at the hotel and the terrace has spectacular views of nearby Jebel Barkal.

Karima itself is a small market town on the west bank of the Nile, which sits on the ancient site of Napata, dating back to 1075 BC. During the XXV Black Pharaohs Dynasty it ruled over Lower and Upper Egypt, and many of the archaeological sites are remains of the ancient town's rich history. 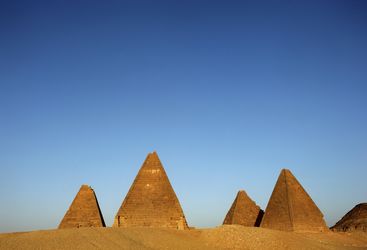 Small Group Tour: The Kingdom of the Black Pharaohs
Join our Sudan tour to feel like a ‘first footer’ in one of the most archaeologically rich countries on earth.
From £3,350pp

Other Places to Stay in Sudan 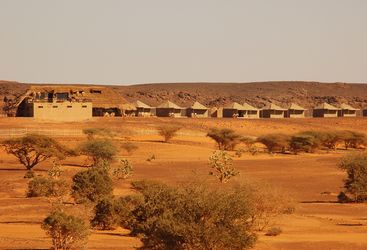 Located in Bagarwyia - some 140 miles north of Khartoum - the Meroe Safari Camp overlooks the Royal Necropolis and its many pyramids.
Find out more Add to Ideas+

Tom is our 'Nubian Rest House' expert and as a seasoned traveller has the inside track on the most memorable adventures.