India: Something for Everyone

Such a vast and vibrant country, India has a huge amount to offer visitors. 2012/13 are certainly no exception to that; with new modes of transport, new accommodation, holy and musical festivals, plus a whole host of other cultural events taking place, India really does have something to offer even the most well-travelled of India enthusiasts!

Firstly, following months of delays and postponements, the Supreme Court has finally lifted the ban on tiger tourism in core areas of reserves and sanctuaries in India. Tiger tourism in India had faced it's biggest court case and it is with delight that we now announce the outcome. The court asked all authorities to strictly adhere to the guidelines notified by the National Tiger Conservation Authority and has asked every state to prepare tiger conservation plan and to submit it to the Centre for approval. 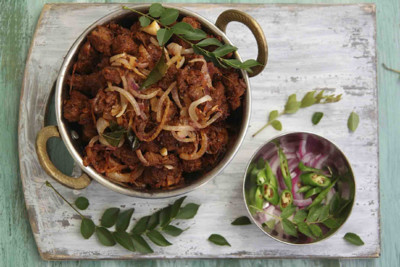 Sea Planes and a Banyan Tree Hotel for Kerala

Exciting updates are heading Kerala's way! Sea planes are to be introduced in Kerala by February 2013. This will enable visitors to fly from anywhere in the world to any international airport of Kerala and then seamlessly interchange to a sea plane for a destination of their choice. The luxury Banyan Tree Hotel & Resorts chain is due to open Banyan Tree Kerala in March 2013. The hotel will be the first property in India for Banyan Tree Group, and will be situated on a private island in the backwaters of southern India's most iconic state, forming an all-pool villa retreat. 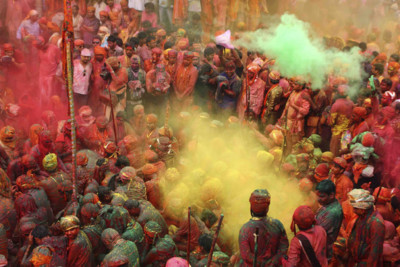 From annual celebrations to those that come about only once every 12 years! Diwali - The festival of lights (13 November 2012) Diwali, one of the most important festivals of the year, is celebrated amongst families by performing traditional activities together in their homes. In joyous celebration of the return of their king, the people of Ayodhya, the Capital of Rama, illuminated the kingdom with earthen diyas and by bursting firecrackers. Hornbill Festival, Nagaland (01-07 December 2012) The weeklong festival unites one and all in Nagaland and people enjoy the colourful performances, crafts, food fairs, games and ceremonies. This festival was started in the year 2000 to boast 16 major tribes in Nagaland. It is celebrated at Kisama village, close to Kohima, the capital town of Nagaland. Kumbh Mela 2013 (27 January-25 February 2013) Celebrated only once every 12 years, the Purna Kumbh Mela will be held in Allahabad. The Prayag (Allahabad) Kumbh Mela is the largest and holiest of all melas and is believed to be the most auspicious. On important bathing dates, lakhs of pilgrims take bath on the banks of the holy Sangam.

Cultural and other Events

The Serai Jaisalmer is now to host extraordinary (and free!) musical evenings from October 2012 to February 2013. An opportunity to discover the melodies and tunes passed down through generations of Manganiar bards as they bring to you the enigma of Rajputana to life through music and the exotic fire dance of Ger. All performed by globally acclaimed artists. Dates of Events: Oct 2nd, 9th, 17th & 24th; November 13th; December 3rd & 13th; January 8th; February 2nd and March 2nd. Elephant Ride at Amer during Navratras: In the Navratra period (16th-24th March), a festival dedicated to the worship of a Hindu deity Shakti, the Elephant rides that take you to Amer Fort in Jaipur are to be temporarily closed due to a heavy rush of devotees and visitors. Jodhpur Polo Season begins on 8th December 2012. The entire month will be buzzing tournaments, exhibition matches with leading polo players, Royalty from India and abroad and celebrations and stately dinners.

Frances is one of our keen Asia Travel Experts with extensive travel experience throughout the Far East and India.