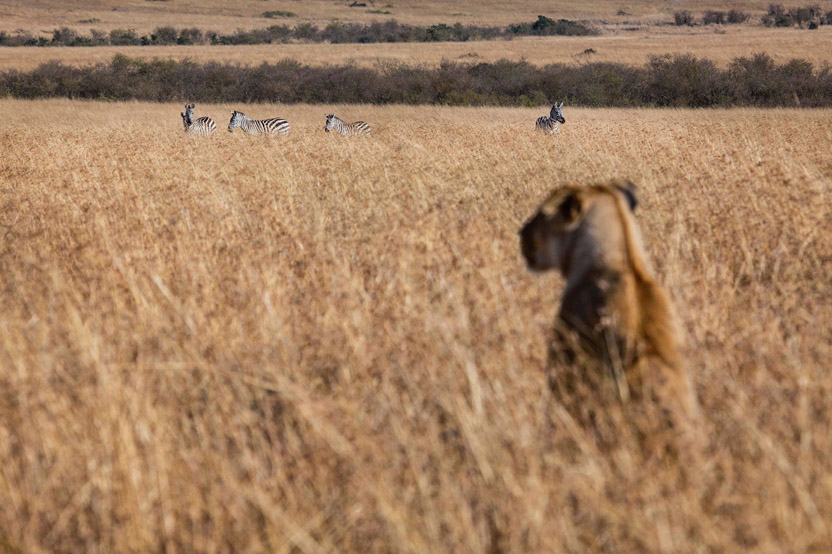 Africa. The name alone conjures up images of vast horizons, seemingly endless plains, and herds of wild animals. It's of no great surprise, then, that safari holidays and national parks are some of the greatest appeals to people visiting the many countries of Africa.

But how do you choose which park is the one for you? We've put together our top 5 safari parks in Africa, to help give you an idea of what each offers.

In the north of Zimbabwe, Mana Pools National Park is a favourite amongst safari guides. The World Heritage Site is in the heart of the Zambezi River Valley, stretching from Lake Kariba to the border of Mozambique in the east. This is an ideal location for spotting hippo, crocodiles and large herds of elephant, all making the most of the river and its ecosystems. This spectacular National Park is 2,500 km of river frontage and islands, allowing for canoe safaris as well as traditional 4x4 game drives and guided safari walks.

The largest of Tanzania's parks is the Ruaha National Park. Incredibly wild and remote, the park is tucked away in the Central Highlands, and feels secluded and untouched. The wildlife here includes one of the greatest populations of elephant of any African parks, antelope and buffalo, some of the largest prides of lion anywhere on the continent, as well as leopard, wild dog, giraffe, zebra, and birds.

One of Kenya's prettiest parks is the Meru National Park, which was also made famous by the film 'Born Free'. Located to the east of Mount Kenya, the park is home to the real big five, as well as many rare species. Meru is truly wild, with vast plains and huge horizons; the park somehow still remains off the well-beaten tourist track. The rivers swarm with crocodiles and hippo, while the land is home to baboons, several rare bird species, elephant, black rhino, giraffe, zebra, gazelle, lesser kudu, lion, leopard and cheetah.

Zimbabwe's largest and oldest park, Hwange National Park is over 14,500kmÂ², and is located just to the south of Victoria Falls in the north west of Zimbabwe, on the border with Botswana. It's fantastic for spotting elephants, and is also renowned for its high number of buffalo, lion, black and white rhino, as well as for having one of the largest populations of wild dog in Africa. Birdwatchers won't be disappointed, either; there are over 400 recorded birds.