The numbers are stark. At the beginning of the 20th century there were an estimated 500,000 rhinos, across the five remaining species, in the world. That number is now more like 30,000. In Africa, latest estimates suggest this equates to around 20,000 white rhinos and a critically endangered 5,000 black rhinos. The silver lining to this very dark cloud? White rhinos were on the brink of extinction in 1900, so things can improve, and Original Travel are committed to working closely with organisations dedicated to rhino conservation. Sadly the situation is similar among Asian rhinos, as all three species are on the brink of extinction. Both the Javan and the Sumatran rhino are critically endangered, however, conservation efforts mean the number of greater one-horned rhinos is slowly on the rise: in 1975 their numbers were down to 600, but this number has now risen to around 3,500 - a massive conservation success story. 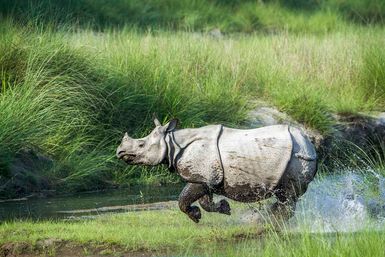 Asian rhinos are distinguishable by the folds in their skin which give them an almost armour-plated look. While all African rhinos have two horns, the greater one-horned (aka the Indian rhino) and the Javan rhino both have just one. The Sumatran rhino is the most distinct looking subspecies though, being reddish-brown in colour and covered in long hair. Sumatran rhinos are more closely related to the now extinct woolly rhinos than any species alive today. 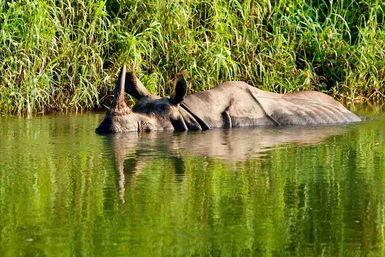 Unlike African rhinos, Asian rhinos love swimming and can even dive underwater for food; but while African rhinos may not be water-babies, all species love wallowing in mud to cool themselves off and to protect their sensitive skin from the sun. This may have something to do with where they live, as African rhinos can be found in the grasslands and floodplains of eastern and southern Africa, while Asian rhinos live mostly in swamps and rainforests, where there's plenty of water for them to play in. 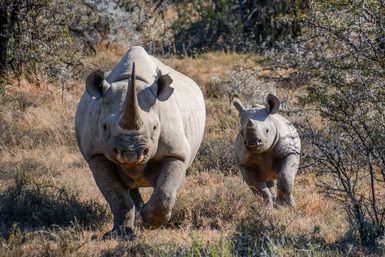 Protecting our offspring when in danger is a parental instinct we can all relate to, and rhinos are no different. However, because of their different habitats, black and white rhinos do things a little differently; in wide open space white rhinos will run behind their calf to shield it from a charging predator, while black rhinos will run in front to carve an escape route through dense vegetation. While rhinos are mostly solitary animals, when they do form groups, which are known as herds or crashes, they are made up of a female and her offspring. 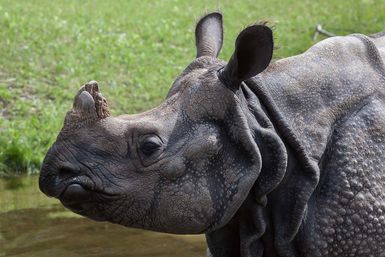 In Africa, we can arrange for you to track desert-adapted black rhinos in Damaraland with researchers by vehicle and on foot, or get involved with the rhino research at Andersson's Camp in Etosha National Park. The greater one-horned rhino (a.k.a. the Indian rhino), is now solely found in north-east India and the Terai grasslands of Nepal. The critically endangered Javan and Sumatran rhinos are, unsurprisingly, even more elusive, with the Javan rhino restricted to the Ujung Kulon National Park on the Indonesian island of Java, and the Sumatran rhino found in small pockets of Sumatra and Kalimantan.

"I’ve had some excellent encounters with rhinos on foot in Africa. Because of their poor eyesight, they often come closer to investigate and you can then make rhino chewing noises to get them to relax as they can’t see what you are."
Matt Shock, Africa Specialist and Former Safari Guide 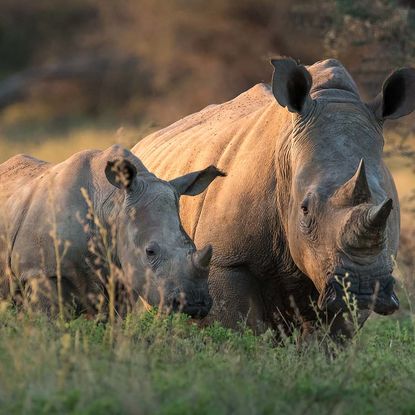 The average lifespan of a rhino

The average weight of a male white rhino

Matt and Frances are our 'Rhinos' experts and as seasoned travellers they have the inside track on the most memorable adventures.