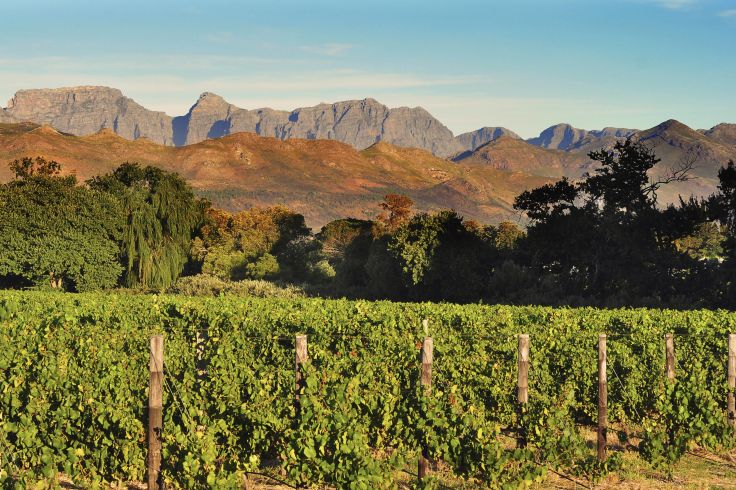 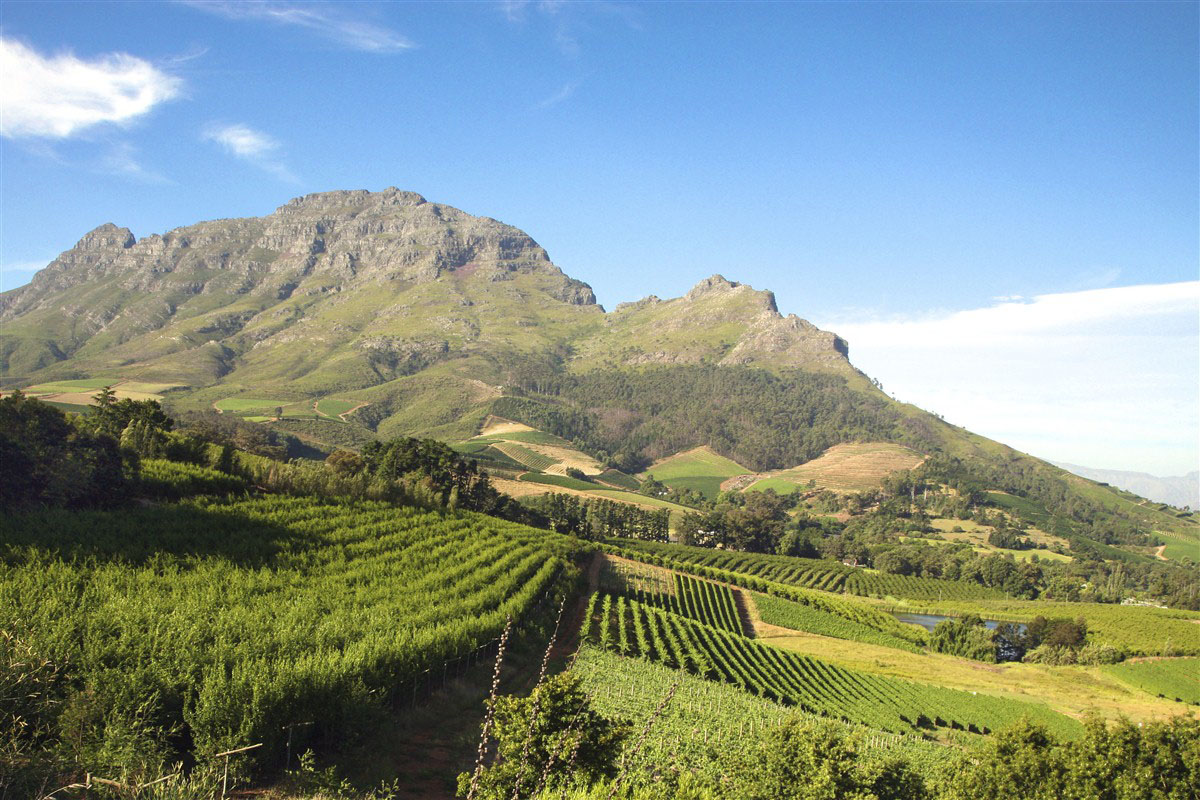 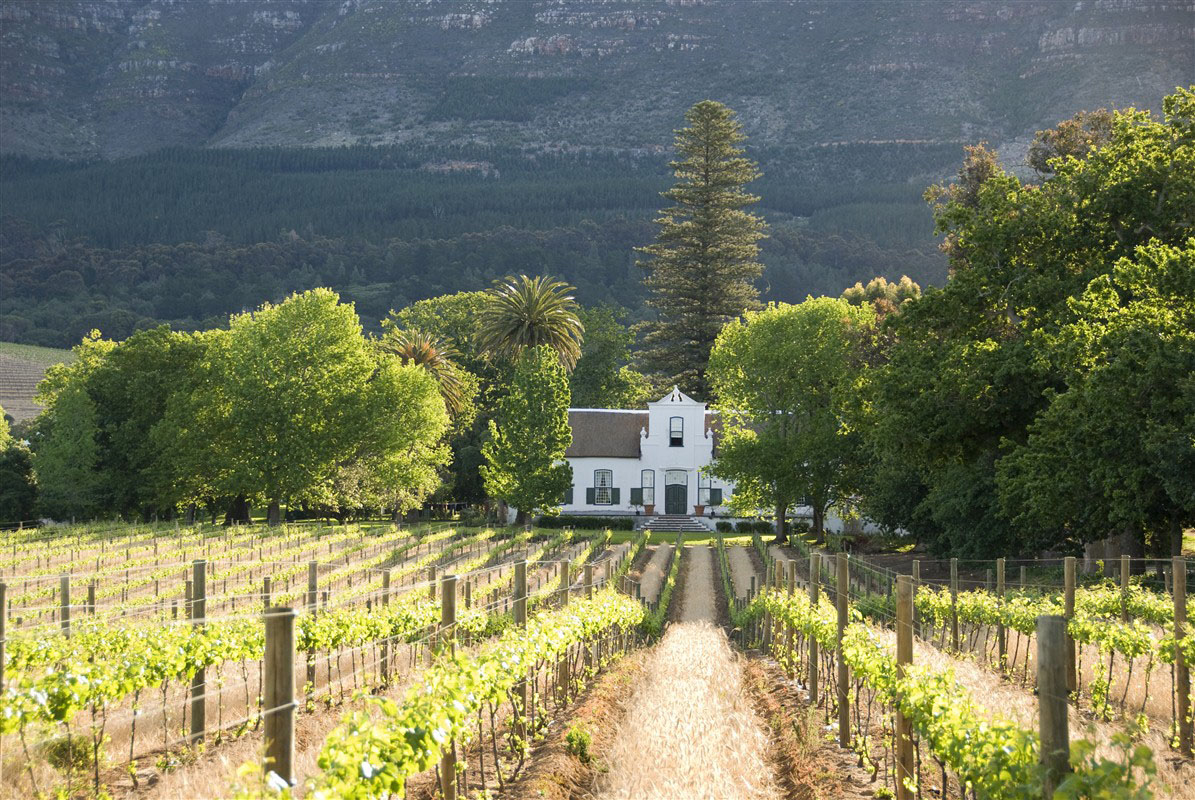 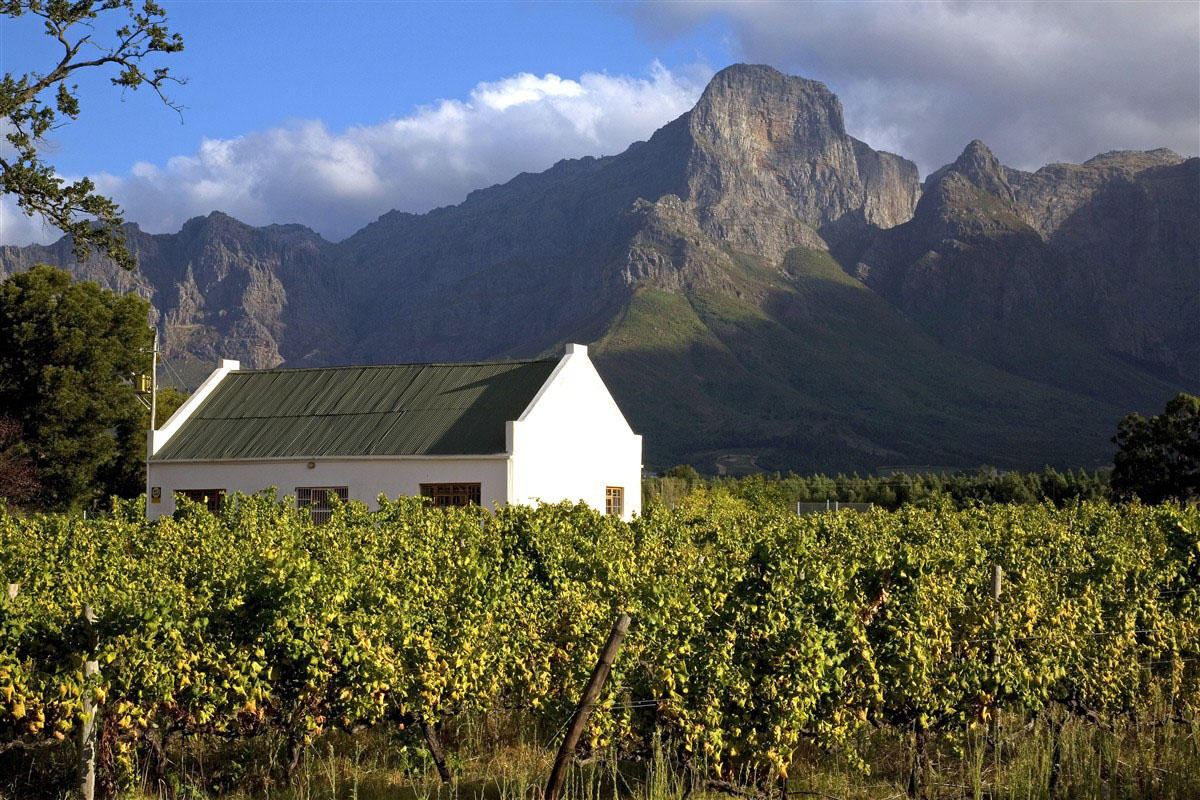 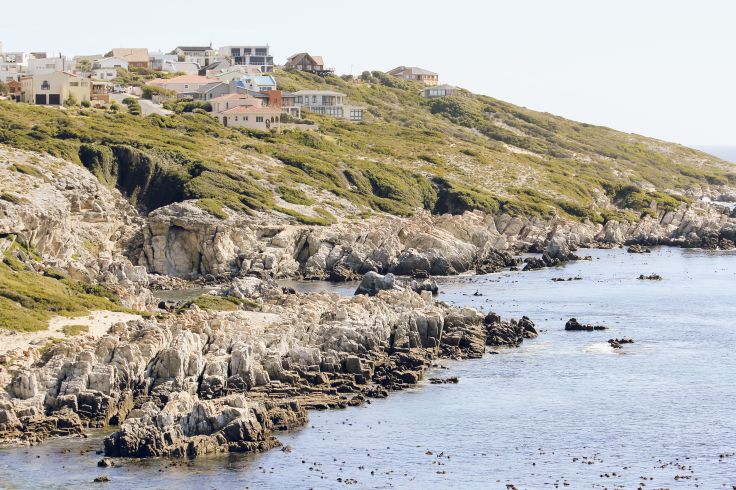 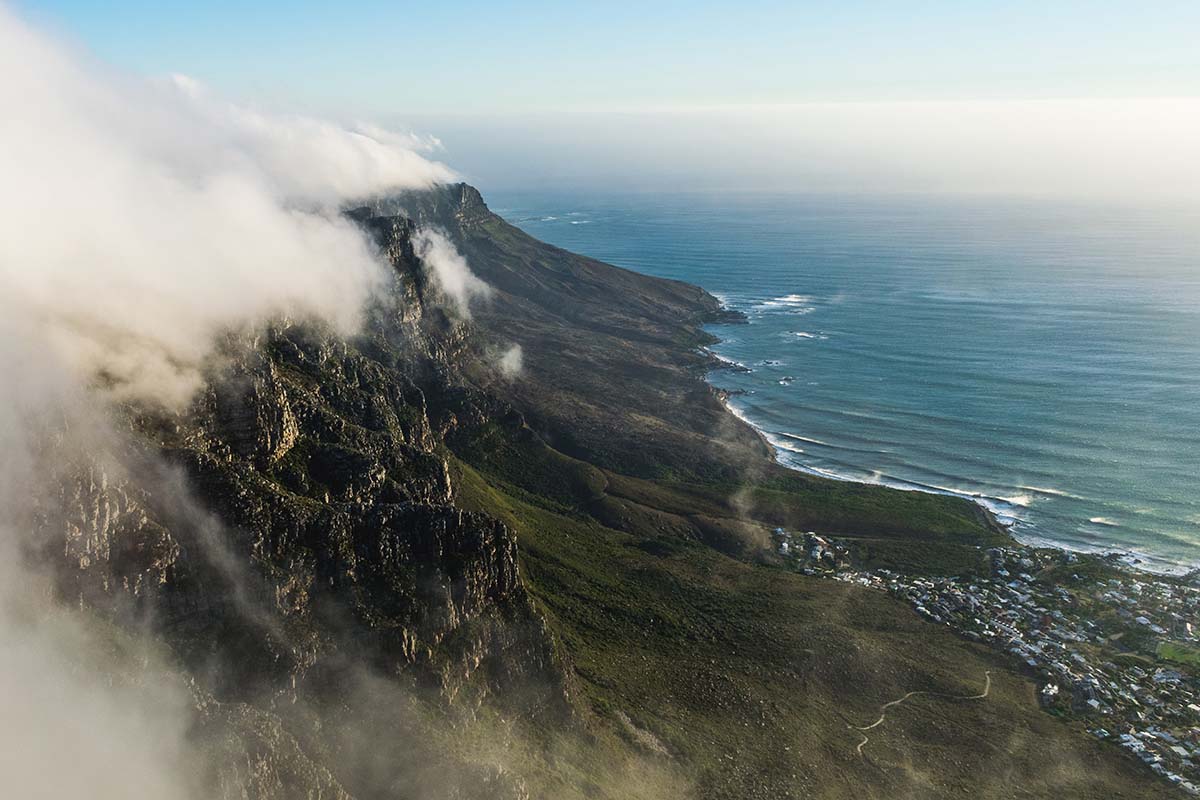 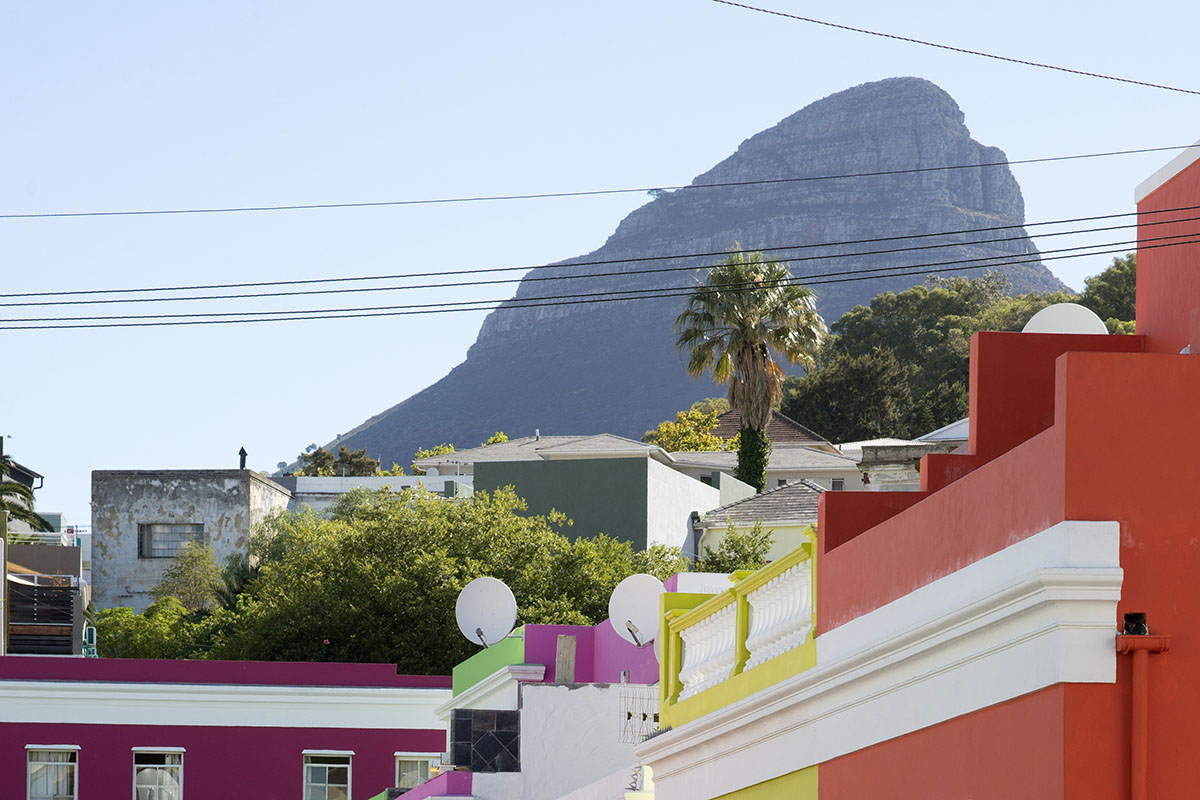 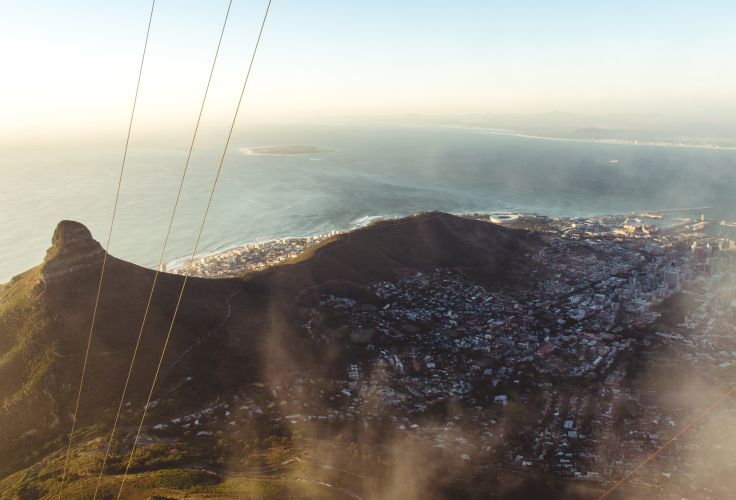 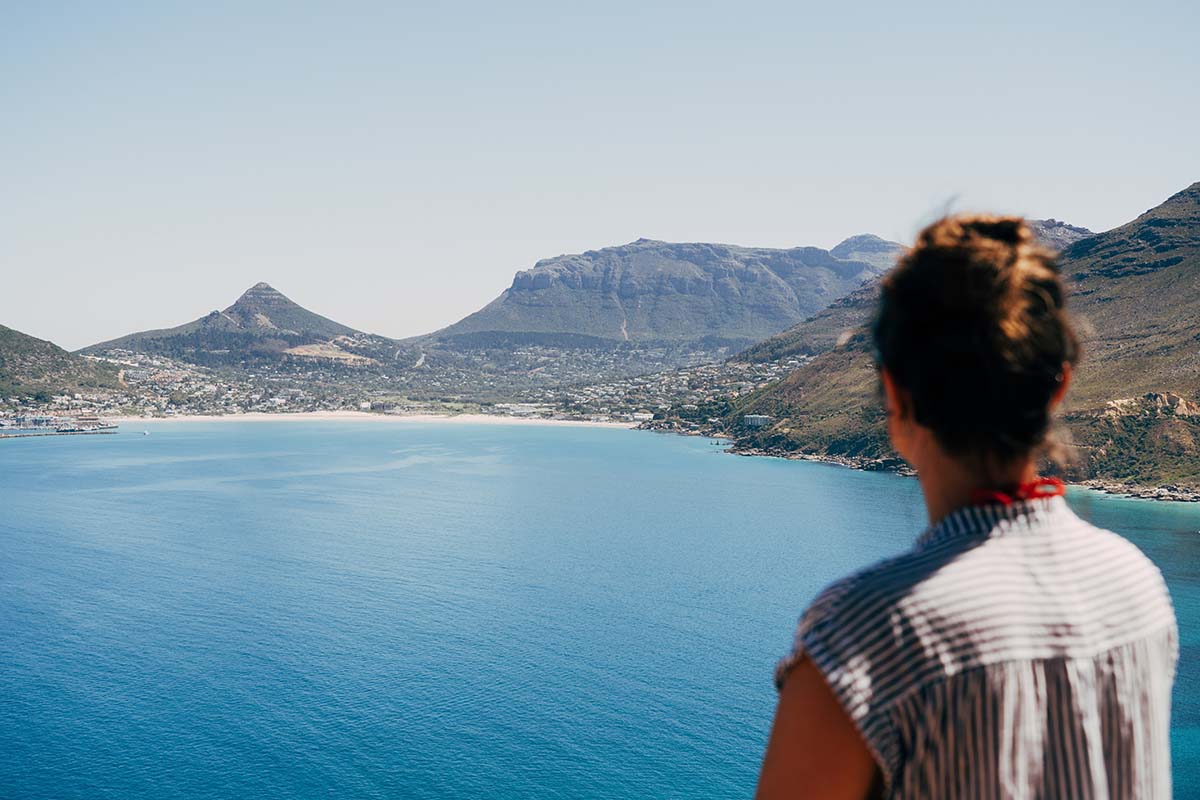 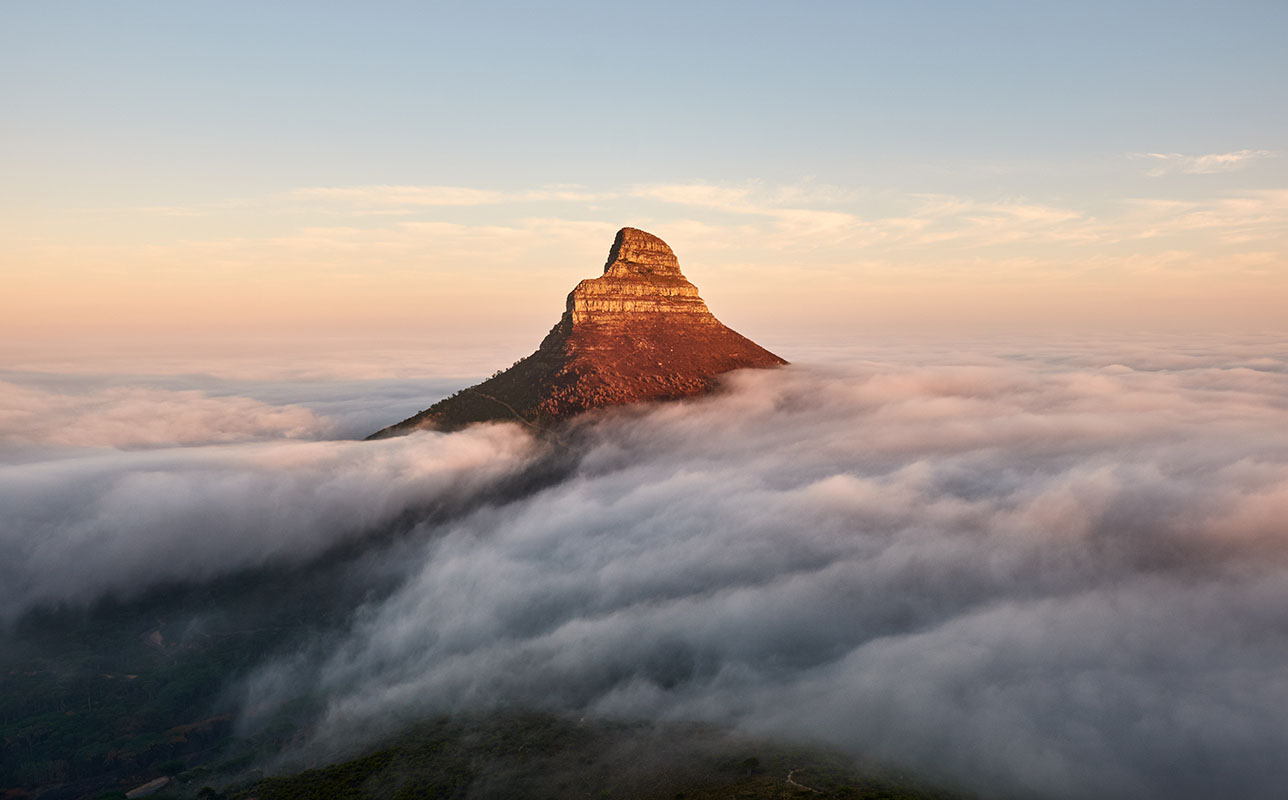 Cape Town and the Wine Route


Images of children in sweet shops come to the fore when thinking of travellers in South Africa – there is simply too much choice and it’s very easy to get over-excited. But the jewel in South Africa’s proverbial crown, or the flying saucer in the bag (discuss) if you will, is surely the Western Cape. The first four days of this trip are concentrated on Cape Town where you can soak up the Atlantic coastal sea air, climb Table Mountain, enjoy magnificent museums and galleries, and generally live in tune with the most beautiful city in Africa, and arguably the world. Then it’s on to the Wine Route with its carved landscapes, historical architecture and rustic but classy vibes, not to mention a spot of wine along the way.
In both areas you will also sample delicious local food for a flavour of the real South Africa (no aniseed balls here).

The first thing to note about going to the Western Cape is the direct overnight flights to Cape Town and the minimal time difference, meaning you can dive right into your South African adventure. We will work with you to select the perfect hotels, with recommendations including an elegant old Dutch farmhouse, a Mediterranean-inspired villa and a rustic but authentic boutique guesthouse. Having hired a car you will have full autonomy over where to go and what to do but we will make some recommendations along the way and can plan guided tours and experiences. For the purposes of this sample itinerary we have included a jazz evening in Cape Town, private winery tours and tickets for Table Mountain. Our local Concierge will also be on hand at all times to help make sure everything goes smoothly and to give some insider tips.

Welcome and assistance with formalities. Transfer to the historic centre for a five-night stay in Push through the wooden doors into the beautiful garden and escape as if by magic from the hustle and bustle of Kloof Street. This white building is a former 19th century farm, and today's guests will be struck by it's Provencal-style surroundings. thanks to its French owners who decorated it in the light and luminous tones so characteristic of Provençal countryside. Cheerful, playful, beautifully detailed and comfortable, it's the perfect place to rest both body and mind. Trendy too, a rustic simplicity and discreetly sophisticated facilities. The bedding is beautiful and the bathrooms are thoroughly indulgent. Surrounded by pomegranate trees, it's the ideal place to return to after a long day out spent exploring, and to recharge the next morning with an exquisite organic breakfast. Cape Town with its many cafes and restaurants has the rest of your meals covered. Be sure to check out the host's impressive collection of jazz and soul records, too.

In the itinerary - Private guided tour of Cape Town with a local. Spend the day with a local who knows the city inside out. Nothing is pre-planned, talk about what you'd like to see and your shared interests, and a route will start to materialise – that's planning done the South African way. It's an exciting way to tap into the city's rhythms and to experience it from the inside, not just as a passing tourist, but as a true local, as well as an opportunity to pick up some first-hand tips for the rest of your trip.
Collect your hire car.

The hotel is located in the historic centre, allowing you to easily pay a visit to Bo-Kaap, Cape Town's Malay neighbourhood, to see the brightly coloured houses, as well as nearby De Waterkant, which was part of the same area before the 1950 Group Areas Act. Today, this whole area represents the city's new urban values. Another flourishing neighbourhood is Woodstock. Pay a visit to the Old Biscuit Mill and its Neighbourhoods Market on Saturdays, the creative hub at The Foundry or the Woodstock Brewery, which is stealing a march on the craft beer scene. Below Lion's Head lies the suburb of Gardens, which originally served as a vegetable garden for the Dutch East India Company, while Company's Garden is as a beautiful reminder of the area's utilitarian roots. You'll also find designer's studios and stores, galleries, boutiques and chic restaurants in this part of the city, as well as the Gardens Shul, the oldest synagogue in South Africa, and the Iziko South African National Gallery, featuring collections that reveal an entirely unknown side of modern art.

In the itinerary - Table Mountain. Your cable car ticket is valid for seven days, so you can choose when to visit this legendary mesa (table topped mountain). Those in the know get there early in the morning to avoid the crowds, while the crowds themselves are still eating breakfast. Even before reaching the summit, you get great views of the city and the bay, and the cable car pods even rotate during the climb. Once you reach the top, the views are breathtaking, and there are several paths of varying difficulties if you want to take a wander to try and spot some rock hyraxes (over-sized guinea pigs), the mountain's main residents, before taking the cable car back down. If you're feeling particularly energetic, we can arrange for you to walk the entire way up, with a guide, along a well-known route. Located in the basement of Saint George's Cathedral (1901-1978), The Crypt is one of Cape Town's most iconic jazz clubs. Evenings spent there are always memorable and full of good vibes.

In the itinerary - At the tip of Cape Town's rocky peninsula lies the Cape of Good Hope, one of the area's main attractions. A common misconception is that it's the point where the Atlantic and Indian Oceans meet, but this is actually further east, at Cape Agulhas. The peninsula is protected as a designated national park, with scenic Chapman's Peak Drive running along its west coast. Fynbos, a type of vegetation characteristic of the region, covers the soil, and a wide variety of birds take advantage of the area's flowers, including the graceful Cape sugarbird and southern double-collared sunbird. Common elands and blesboks are also often spotted. On the coast at False Bay, walkways at Boulders Beach allow visitors to approach the colony of African penguins without disturbing them. From June to November, southern right whales also frequent the bay, among other marine mammals. We'll even deliver a fresh picnic to you in the morning to take with you on this unmissable day out.

Drive to Wellington. Two-night stay in a Cape Dutch manor, built in 1712. Vineyards surround the house in front of a mountain backdrop, while the manicured gardens and bright white colour of the house add to the incredible setting. The interior decor features a series of sophisticated variations on 18th-century style, creating a comfortable, light, open and balanced space. In the rooms, original elements blend to give the creative decor some substance. The chef serves up a variety of tasty seafood and game dishes in either the dining room or on the spacious veranda. Feeling a bit chilly? Head for the fireplace in the tea room. Want to do some exercise? Time for a few laps in the swimming pool, or head to the spa and indulge in a treatment. There are many outdoor activities on offer, too, including hiking, golf and clay pigeon shooting.

In the itinerary - Tour of the wine-growing areas and tastings. Spend the day with a wine expert discovering South Africa's most beautiful vineyards. Meet with growers, visit the facilities and enjoy tastings at three of the major wine-growing areas – Stellenbosch, Paarl and Franschhoek. Southern African wines have become renowned around the world since they were made available on the foreign market following the end of apartheid. Among the red varieties, Cabernet Sauvignon, Syrah and Pinotage (a hybrid created in Stellenbosch in 1925) dominate. Among the whites, Chenin Blanc, Riesling and Crouchen stand out.

Cape Town from Above by Helicopter

Victoria and Albert Waterfront; the City Bowl; Cape Town's Green Point Stadium; Clifton's four beaches; the beaches at Camps Bay; the Twelve Apostles Mountain Range and Llandudno's wild coastline; Hout Bay; Chapman's Peak Drive on the Cape Peninsula; the stunning Noordhoek Beach; and of course, Table Mountain. These are the sights to soak up from the six-seater helicopter during your 25-minute flight. It's a truly amazing ride, with an expert guide to provide commentary.
Optional

Inside the Kitchen at the Mount Nelson Hotel

Opened in 1899, the Mount Nelson is one of the finest colonial-era hotels. Rudi Liebenberg, one of the leaders of the farm-to-fork movement, has given the hotel's traditional South African repertoire a new and youthful makeover. Dine at the Chef's Table, overlooking the ovens, and discuss the menu with the chef himself. South African ingredients and cuisine at their best, with a view to match.
Optional - Dinner

Known for its iconically colourful beach huts, the steady waves at False Bay's Muizenberg Beach make it an ideal surf spot for beginners. With an instructor by your side, lie down on the board, tackle a wave and stand up, all while trying to maintain your dignity. Falling over is fairly inevitable the first few times, but don't let that stop you from catching the surfing bug and having fun.
Optional - Half day

Noordhoek's white sandy beach on the western side of the Cape Peninsula is truly stunning, and perfect for riding. Spend a dreamy half hour breathing in the ocean air, taking in the views of the blue water with Chapman's Peak in the background and listening to sound of horses' hooves on soft sand. Along the way, check out the wreckage of the Kakapo steamer, which was stranded here at the beginning of the 20th century. This activity includes a private guide.
Option - Half day

Cape Town's architecture, ranging from Cape Dutch houses to contemporary buildings and various local coastal styles, features an astonishing array of shapes and different designs. Street art and graffiti have a strong presence in the city, originally linked with the anti-apartheid movement, especially in the more urban areas of Cape Flats. Many graffiti artists have left their mark in Salt River, too. Go beyond traditional tourism boundaries and explore the city's architecture and iconic tags with a private guide.
Option - Half day

Dependent on season, accommodation and activities
The estimated cost for this trip is £3,400 to £4,700 per person. The final cost of the trip depends on the way we tailor it especially for you. The final cost varies according to several factors, which include the level of service, length of trip and advance booking time. The exact price will be provided in a personalised quote. The average price for this trip is £3900 per person.
A few of the benefits of travelling with us